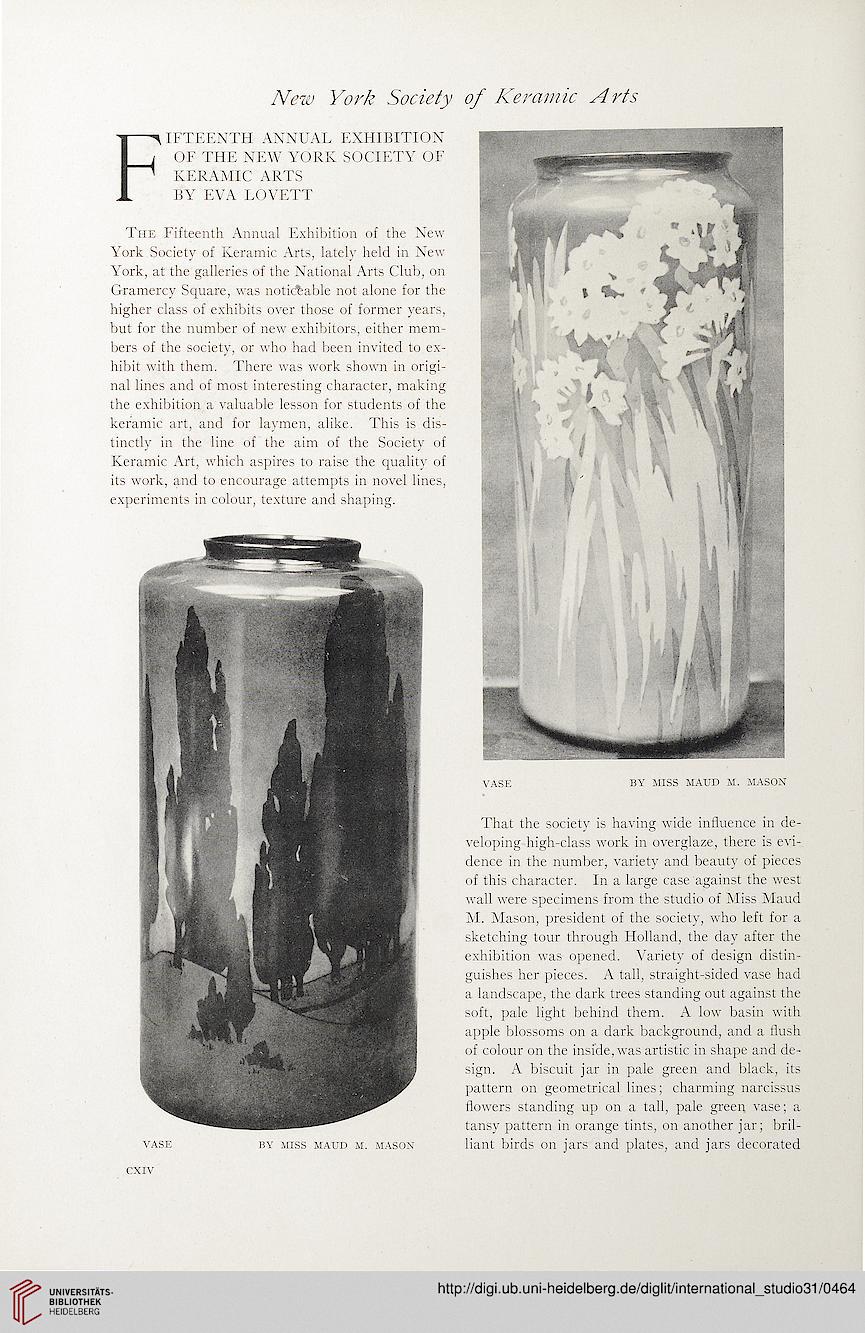 The Fifteenth Annual Exhibition of the New
York Society of Keramic Arts, lately held in New
York, at the galleries of the National Arts Club, on
Gramercy Square, was noticeable not alone for the
higher class of exhibits over those of former years,
but for the number of new exhibitors, either mem-
bers of the society, or who had been invited to ex-
hibit with them. There was work shown in origi-
nal lines and of most interesting character, making
the exhibition a valuable lesson for students of the
keramic art, and for laymen, alike. This is dis-
tinctly in the line of the aim of the Society of
Keramic Art, which aspires to raise the quality of
its work, and to encourage attempts in novel lines,
experiments in colour, texture and shaping.

VASE BY MISS MAUD M. MASON
That the society is having wide influence in de-
veloping high-class work in overglaze, there is evi-
dence in the number, variety and beauty of pieces
of this character. In a large case against the west
wall were specimens from the studio of Miss Maud
M. Mason, president of the society, who left for a
sketching tour through Holland, the day after the
exhibition was opened. Variety of design distin-
guishes her pieces. A tall, straight-sided vase had
a landscape, the dark trees standing out against the
soft, pale light behind them. A low basin with
apple blossoms on a dark background, and a flush
of colour on the inside, was artistic in shape and de-
sign. A biscuit jar in pale green and black, its
pattern on geometrical lines; charming narcissus
flowers standing up on a tall, pale green vase; a
tansy pattern in orange tints, on another jar; bril-
liant birds on jars and plates, and jars decorated