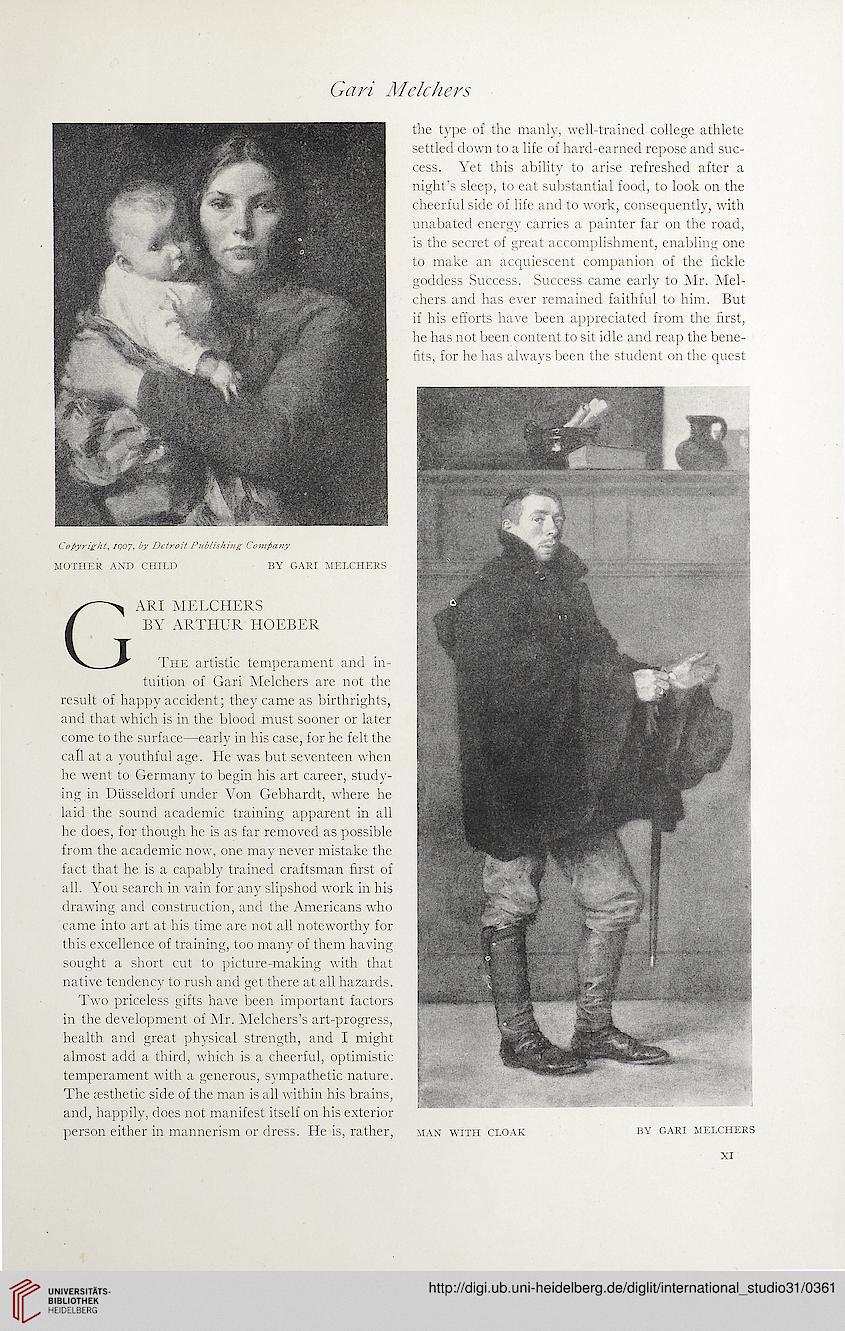 The artistic temperament and in-
tuition of Gari Melchers are not the
result of happy accident; they came as birthrights,
and that which is in the blood must sooner or later
come to the surface—early in his case, for he felt the
call at a youthful age. He was but seventeen when
lie went to Germany to begin his art career, study-
ing in Diisseldorf under Von Gebhardt, where he
laid the sound academic training apparent in all
he does, for though he is as far removed as possible
from the academic now, one may never mistake the
fact that he is a capably trained craftsman first of
all. You search in vain for any slipshod work in his
drawing and construction, and the Americans who
came into art at his time are not all noteworthy for
this excellence of training, too many of them having
sought a short cut to picture-making with that
native tendency to rush and get there at all hazards.
Two priceless gifts have been important factors
in the development of Mr. Melchers’s art-progress,
health and great physical strength, and I might
almost add a third, which is a cheerful, optimistic
temperament with a generous, sympathetic nature.
The aesthetic side of the man is all within his brains,
and, happily, does not manifest itself on his exterior
person either in mannerism or dress. He is, rather,

the type of the manly, well-trained college athlete
settled down to a life of hard-earned repose and suc-
cess. Yet this ability to arise refreshed after a
night’s sleep, to eat substantial food, to look on the
cheerful side of life and to work, consequently, with
unabated energy carries a painter far on the road,
is the secret of great accomplishment, enabling one
to make an acquiescent companion of the fickle
goddess Success. Success came early to Mr. Mel-
chers and has ever remained faithful to him. But
if his efforts have been appreciated from the first,
he has not been content to sit idle and reap the bene-
fits, for he has always been the student on the quest


MAN WITH CLOAK BY GARI MELCHERS