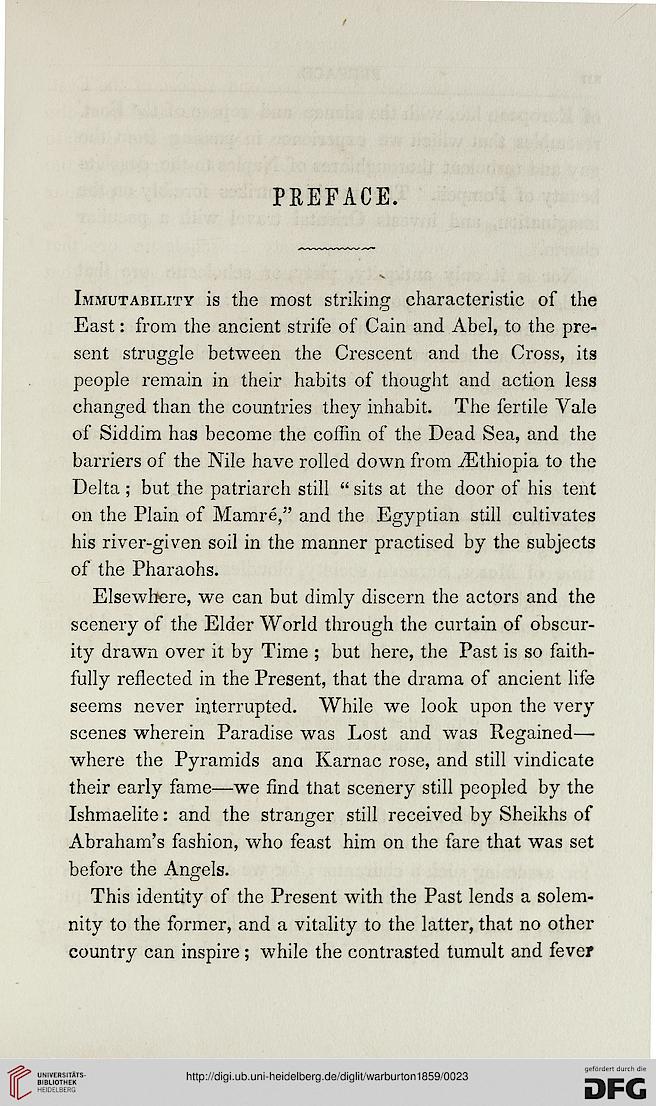 Immutability is the most striking characteristic of the
East: from the ancient strife of Cain and Abel, to the pre-
sent struggle between the Crescent and the Cross, its
people remain in their habits of thought and action less
changed than the countries they inhabit. The fertile Vale
of Siddim has become the coffin of the Dead Sea, and the
barriers of the Nile have rolled down from ^Ethiopia to the
Delta ; but the patriarch still " sits at the door of his tent
on the Plain of Mamre," and the Egyptian still cultivates
his river-given soil in the manner practised by the subjects
of the Pharaohs.

Elsewhere, we can but dimly discern the actors and the
scenery of the Elder World through the curtain of obscur-
ity drawn over it by Time ; but here, the Past is so faith-
fully reflected in the Present, that the drama of ancient life
seems never interrupted. While we look upon the very
scenes wherein Paradise was Lost and was Regained—
where the Pyramids ana Karnac rose, and still vindicate
their early fame—we find that scenery still peopled by the
Ishmaelite: and the stranger still received by Sheikhs of
Abraham's fashion, who feast him on the fare that was set
before the Angels.

This identity of the Present with the Past lends a solem-
nity to the former, and a vitality to the latter, that no other
country can inspire ; while the contrasted tumult and fever