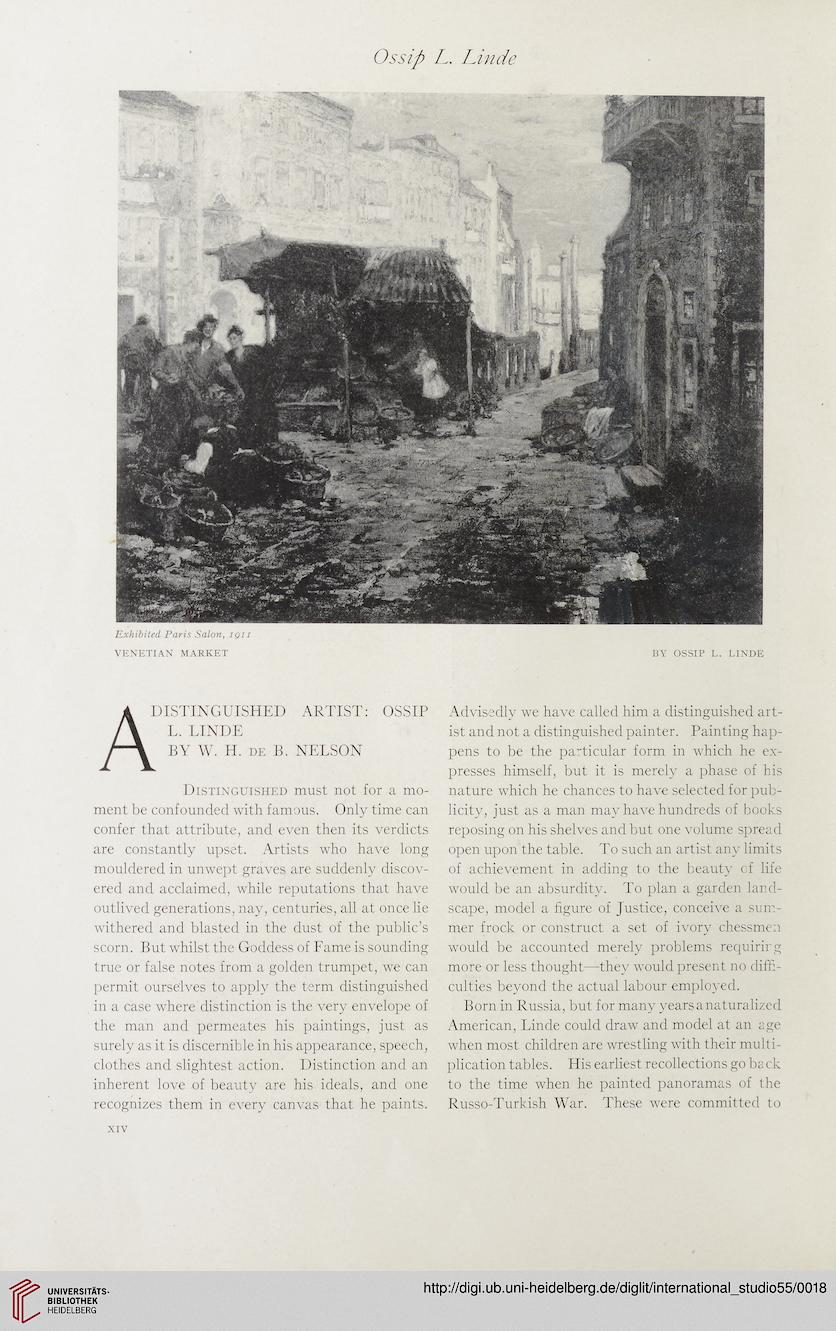 
A DISTINGUISHED ARTIST: OSSIP
L. LINDE
BY W. H. de B. NELSON
Distinguished must not for a mo-
ment be confounded with famous. Only time can
confer that attribute, and even then its verdicts
are constantly upset. Artists who have long
mouldered in unwept graves are suddenly discov-
ered and acclaimed, while reputations that have
outlived generations, nay, centuries, all at once lie
withered and blasted in the dust of the public’s
scorn. But whilst the Goddess of Fame is sounding
true or false notes from a golden trumpet, we can
permit ourselves to apply the term distinguished
in a case where distinction is the very envelope of
the man and permeates his paintings, just as
surely as it is discernible in his appearance, speech,
clothes and slightest action. Distinction and an
inherent love of beauty are his ideals, and one
recognizes them in every canvas that he paints.

Advisedly we have called him a distinguished art-
ist and not a distinguished painter. Painting hap-
pens to be the particular form in which he ex-
presses himself, but it is merely a phase of his
nature which he chances to have selected for pub-
licity, just as a man may have hundreds of books
reposing on his shelves and but one volume spread
open upon the table. To such an artist any limits
of achievement in adding to the beauty of life
would be an absurdity. To plan a garden land-
scape, model a figure of Justice, conceive a sum-
mer frock or construct a set of ivory chessmen
would be accounted merely problems requiring
more or less thought—they would present no diffi-
culties beyond the actual labour employed.
Born in Russia, but for many years a naturalized
American, Linde could draw and model at an age
when most children are wrestling with their multi-
plication tables. His earliest recollections go back
to the time when he painted panoramas of the
Russo-Turkish War. These were committed to