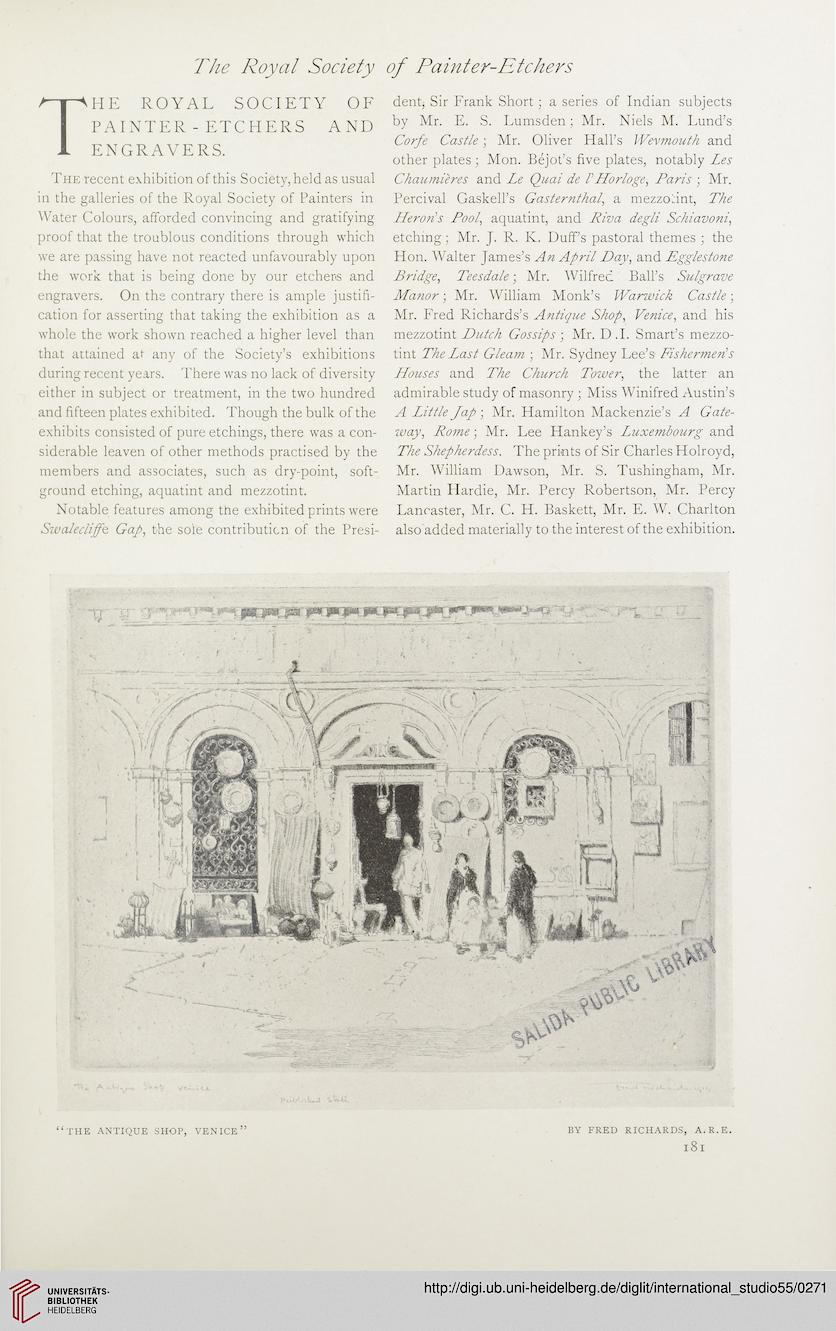 Information about OCR text
The Royal Society of Painter-Etchers

The royal society of
PAINTER - ETCHERS AND
ENGRAVERS.
The recent exhibition of this Society, held as usual
in the galleries of the Royal Society of Painters in
Water Colours, afforded convincing and gratifying
proof that the troublous conditions through which
we are passing have not reacted unfavourably upon
the work that is being done by our etchers and
engravers. On the contrary there is ample justifi-
cation for asserting that taking the exhibition as a
whole the work shown reached a higher level than
that attained at any of the Society’s exhibitions
during recent years. There was no lack of diversity
either in subject or treatment, in the two hundred
and fifteen plates exhibited. Though the bulk of the
exhibits consisted of pure etchings, there was a con-
siderable leaven of other methods practised by the
members and associates, such as dry-point, soft-
ground etching, aquatint and mezzotint.
Notable features among tire exhibited prints were
Swale cliffy Gap, the sole contribution of the Presi-