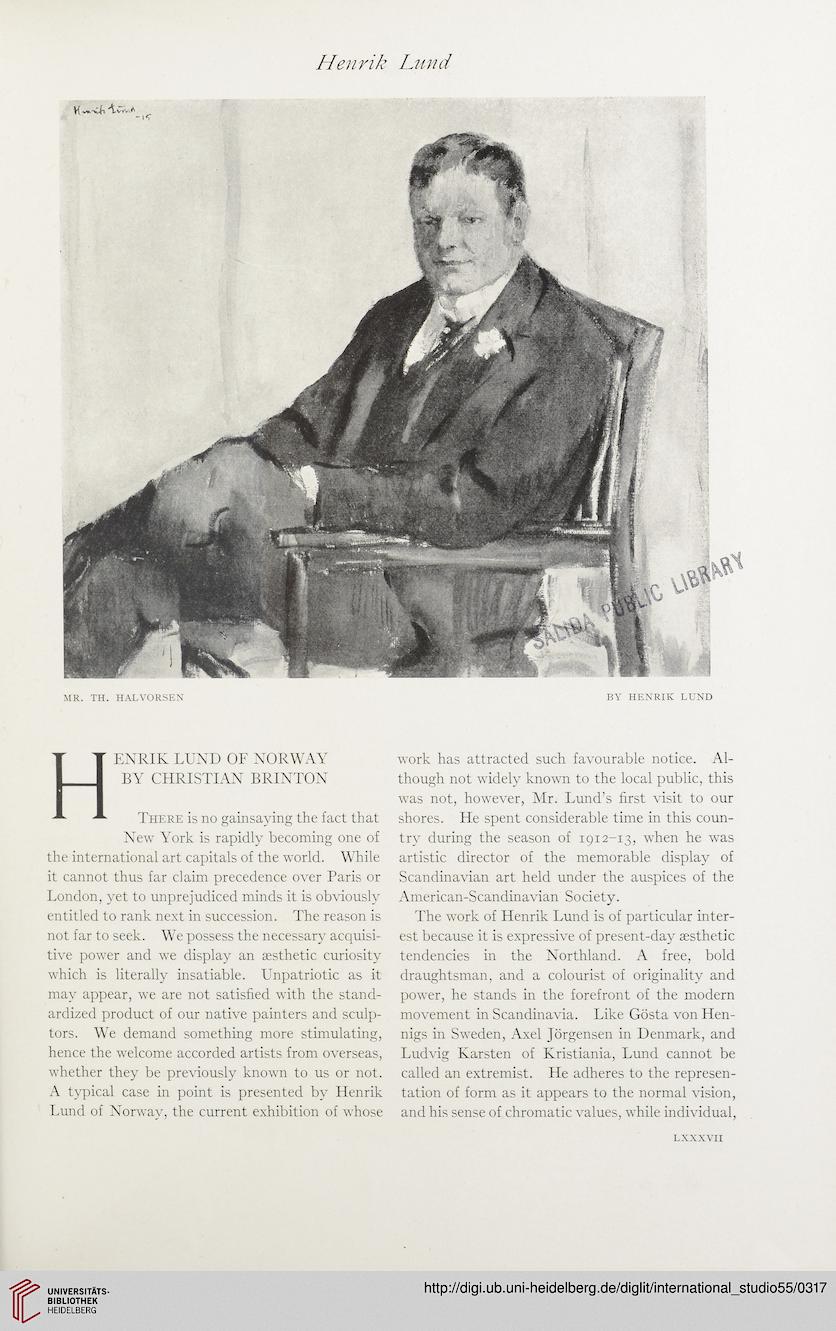 New York is rapidly becoming one of

the international art capitals of the world. While
it cannot thus far claim precedence over Paris or
London, yet to unprejudiced minds it is obviously

entitled to rank next in succession. The reason is

not far to seek. We possess the necessary acquisi-
tive power and we display an aesthetic curiosity
which is literally insatiable. Unpatriotic as it
may appear, we are not satisfied with the stand-
ardized product of our native painters and sculp-
tors. We demand something more stimulating,
hence the welcome accorded artists from overseas,
whether they be previously known to us or not.
A typical case in point is presented by Henrik
Lund of Norway, the current exhibition of whose

work has attracted such favourable notice. Al-
though not widely known to the local public, this
was not, however, Mr. Lund’s first visit to our
shores. He spent considerable time in this coun-
try during the season of 1912-13, when he was
artistic director of the memorable display of
Scandinavian art held under the auspices of the
American-Scandinavian Society.
The work of Henrik Lund is of particular inter-
est because it is expressive of present-day aesthetic
tendencies in the Northland. A free, bold
draughtsman, and a colourist of originality and
power, he stands in the forefront of the modern
movement in Scandinavia. Like Gosta von Hen-
nigs in Sweden, Axel Jorgensen in Denmark, and
Ludvig Karsten of Kristiania, Lund cannot be
called an extremist. He adheres to the represen-
tation of form as it appears to the normal vision,
and his sense of chromatic values, while individual,