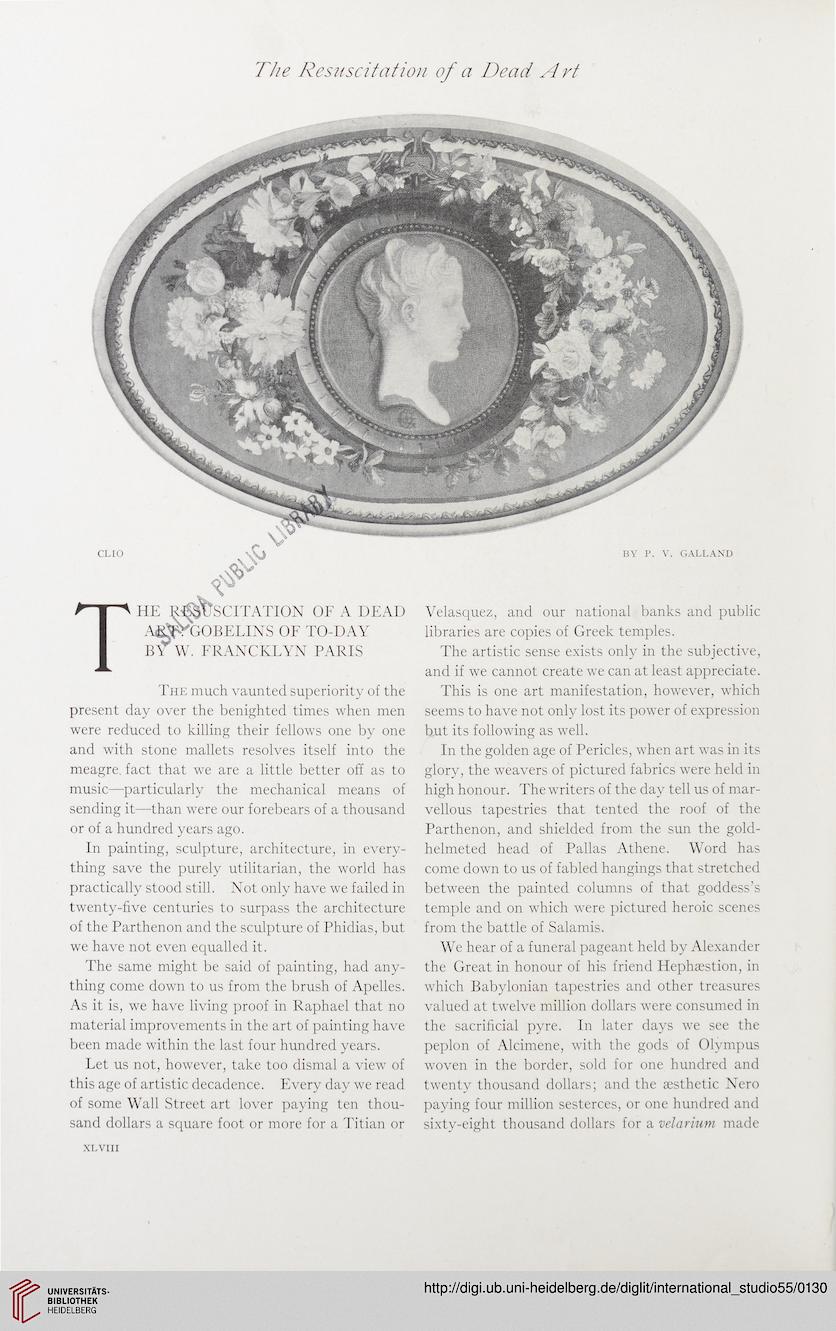 Information about OCR text
The Resuscitation of a Dead Art

Velasquez, and our national banks and public
libraries are copies of Greek temples.
The artistic sense exists only in the subjective,
and if we cannot create we can at least appreciate.

The much vaunted superiority of the
present day over the benighted times when men
were reduced to killing their fellows one by one
and with stone mallets resolves itself into the
meagre, fact that we are a little better off as to
music—particularly the mechanical means of
sending it—-than were our forebears of a thousand
or of a hundred years ago.
In painting, sculpture, architecture, in every-
thing save the purely utilitarian, the world has
practically stood still. Not only have we failed in
twenty-five centuries to surpass the architecture
of the Parthenon and the sculpture of Phidias, but
we have not even equalled it.
The same might be said of painting, had any-
thing come down to us from the brush of Apelles.
As it is, we have living proof in Raphael that no
material improvements in the art of painting have
been made within the last four hundred years.
Let us not, however, take too dismal a view of
this age of artistic decadence. Every day we read
of some Wall Street art lover paying ten thou-
sand dollars a square foot or more for a Titian or

This is one art manifestation, however, which
seems to have not only lost its power of expression
but its following as well.
In the golden age of Pericles, when art was in its
glory, the weavers of pictured fabrics were held in
high honour. The writers of the day tell us of mar-
vellous tapestries that tented the roof of the
Parthenon, and shielded from the sun the gold-
helmeted head of Pallas Athene. Word has
come down to us of fabled hangings that stretched
between the painted columns of that goddess’s
temple and on which were pictured heroic scenes
from the battle of Salamis.
We hear of a funeral pageant held by Alexander
the Great in honour of his friend Hephaestion, in
which Babylonian tapestries and other treasures
valued at twelve million dollars were consumed in
the sacrificial pyre. In later days we see the
peplon of Alcimene, with the gods of Olympus
woven in the border, sold for one hundred and
twenty thousand dollars; and the aesthetic Nero
paying four million sesterces, or one hundred and
sixty-eight thousand dollars for a velarium made