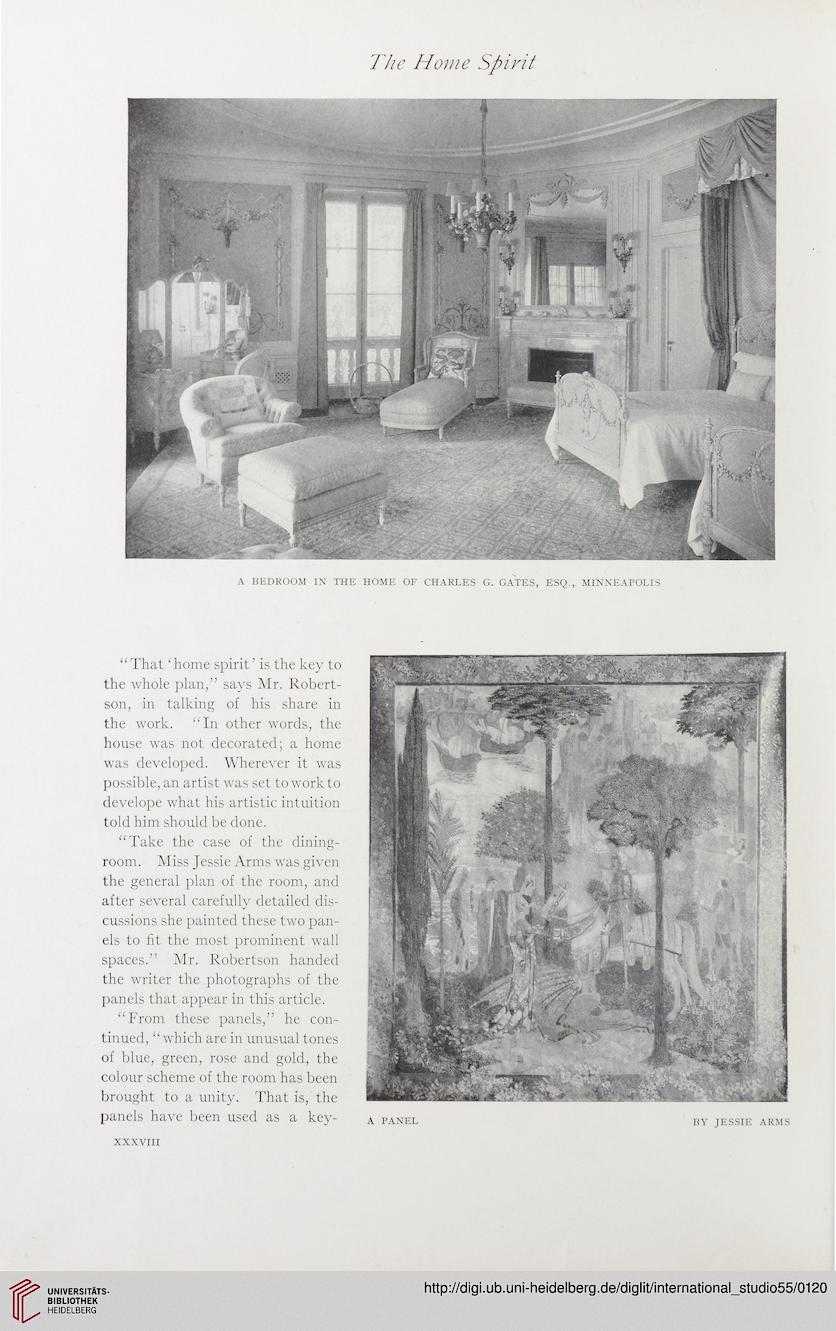 
A BEDROOM IN THE HOME OF CHARLES G. GATES, ESQ., MINNEAPOLIS

“ That ‘ home spirit ’ is the key to
the whole plan,” says Mr. Robert-
son, in talking of his share in
the work. “In other words, the
house was not decorated; a home
was developed. Wherever it was
possible, an artist was set to work to
develope what his artistic intuition
told him should be done.
“Take the case of the dining-
room. Miss Jessie Arms was given
the general plan of the room, and
after several carefully detailed dis-
cussions she painted these two pan-
els to fit the most prominent wall
spaces.” Mr. Robertson handed
the writer the photographs of the
panels that appear in this article.
“From these panels,” he con-
tinued, “which are in unusual tones
of blue, green, rose and gold, the
colour scheme of the room has been
brought to a unity. That is, the
panels have been used as a key-