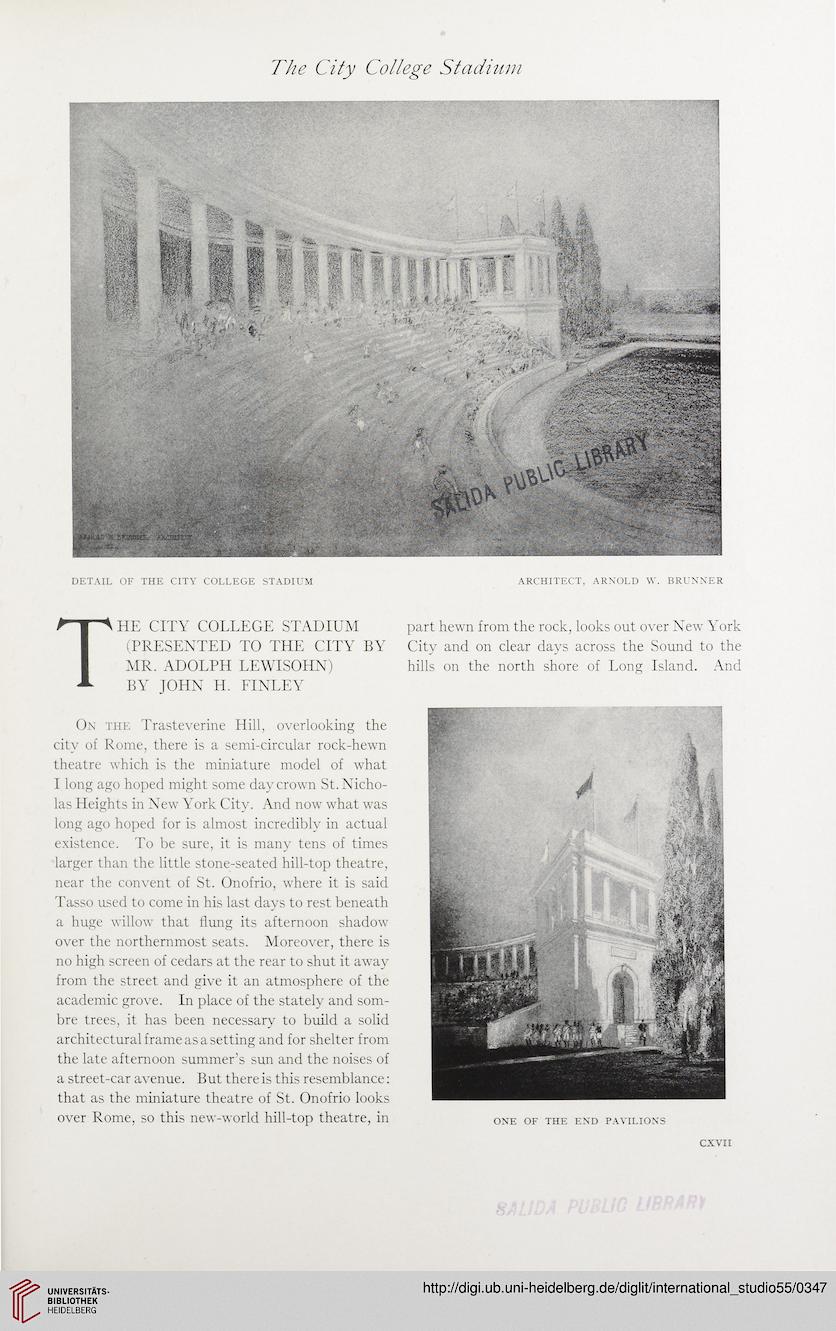 
DETAIL OF THE CITY COLLEGE STADIUM

The city college stadium
(PRESENTED TO THE CITY BY
MR. ADOLPH LEWISOHN)
BY JOHN H. FINLEY
On the Trasteverine Hill, overlooking the
city of Rome, there is a semi-circular rock-hewn
theatre which is the miniature model of what
I long ago hoped might some day crown St. Nicho-
las Heights in New York City. And now what was
long ago hoped for is almost incredibly in actual
existence. To be sure, it is many tens of times
larger than the little stone-seated hill-top theatre,
near the convent of St. Onofrio, where it is said
Tasso used to come in his last days to rest beneath
a huge willow that flung its afternoon shadow
over the northernmost seats. Moreover, there is
no high screen of cedars at the rear to shut it away
from the street and give it an atmosphere of the
academic grove. In place of the stately and som-
bre trees, it has been necessary to build a solid
architectural frame as a setting and for shelter from
the late afternoon summer’s sun and the noises of
a street-car avenue. But there is this resemblance:
that as the miniature theatre of St. Onofrio looks
over Rome, so this new-world hill-top theatre, in

part hewn from the rock, looks out over New York
City and on clear days across the Sound to the
hills on the north shore of Long Island. And

ONE OF THE END PAVILIONS