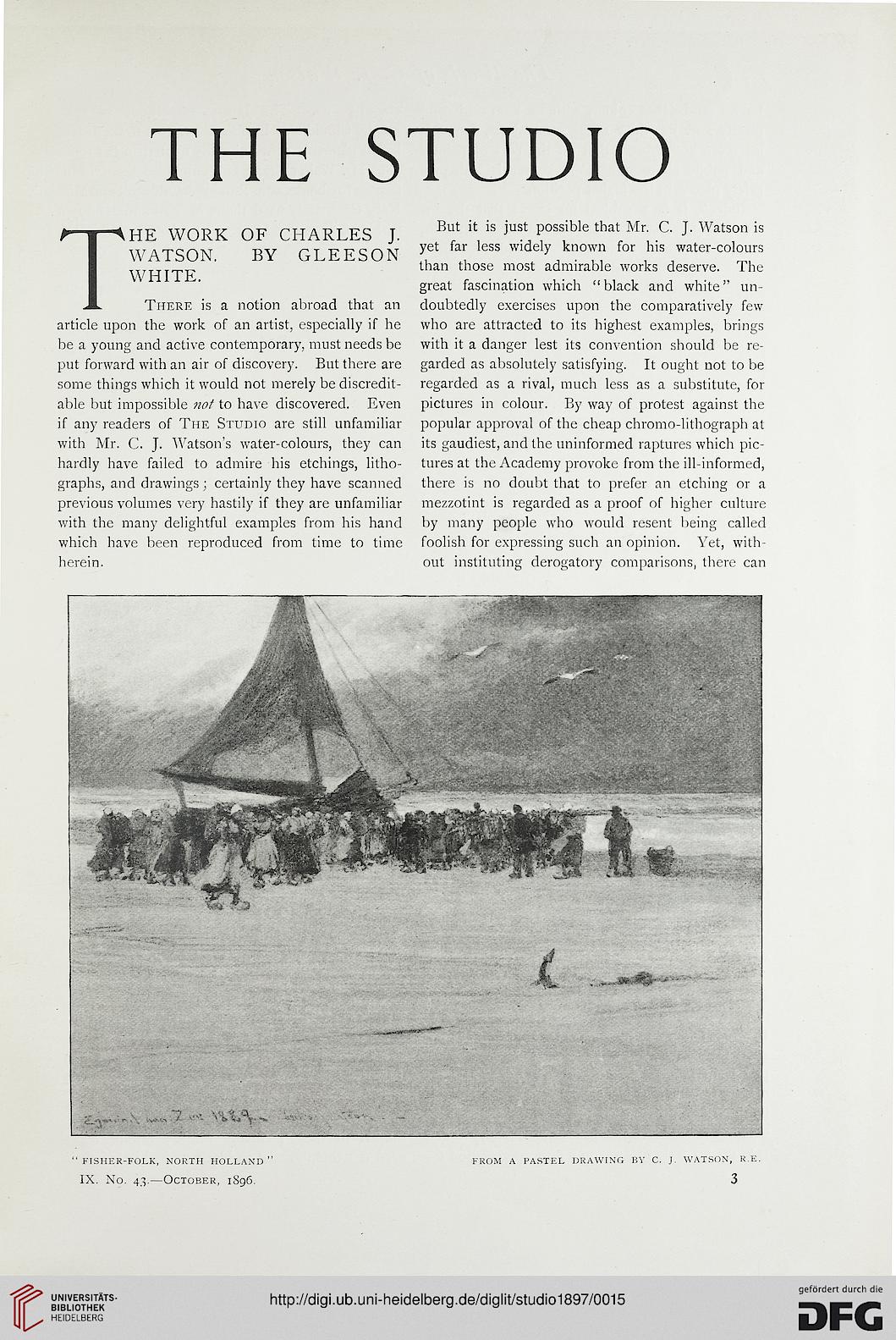 WHITE those most admirable works deserve. The

great fascination which "black and white" un-
There is a notion abroad that an doubtedly exercises upon the comparatively few
article upon the work of an artist, especially if he who are attracted to its highest examples, brings
be a young and active contemporary, must needs be with it a danger lest its convention should be re-
put forward with an air of discovery. But there are garded as absolutely satisfying. It ought not to be
some things which it would not merely be discredit- regarded as a rival, much less as a substitute, for
able but impossible not to have discovered. Even pictures in colour. By way of protest against the
if any readers of The Studio are still unfamiliar popular approval of the cheap chromo-lithograph at
with Mr. C. J. Watson's water-colours, they can its gaudiest, and the uninformed raptures which pic-
hardly have failed to admire his etchings, litho- tures at the Academy provoke from the ill-informed,
graphs, and drawings; certainly they have scanned there is no doubt that to prefer an etching or a
previous volumes very hastily if they are unfamiliar mezzotint is regarded as a proof of higher culture
with the many delightful examples from his hand by many people who would resent being called
which have been reproduced from time to time foolish for expressing such an opinion. Yet, with-
herein. out instituting derogatory comparisons, there can