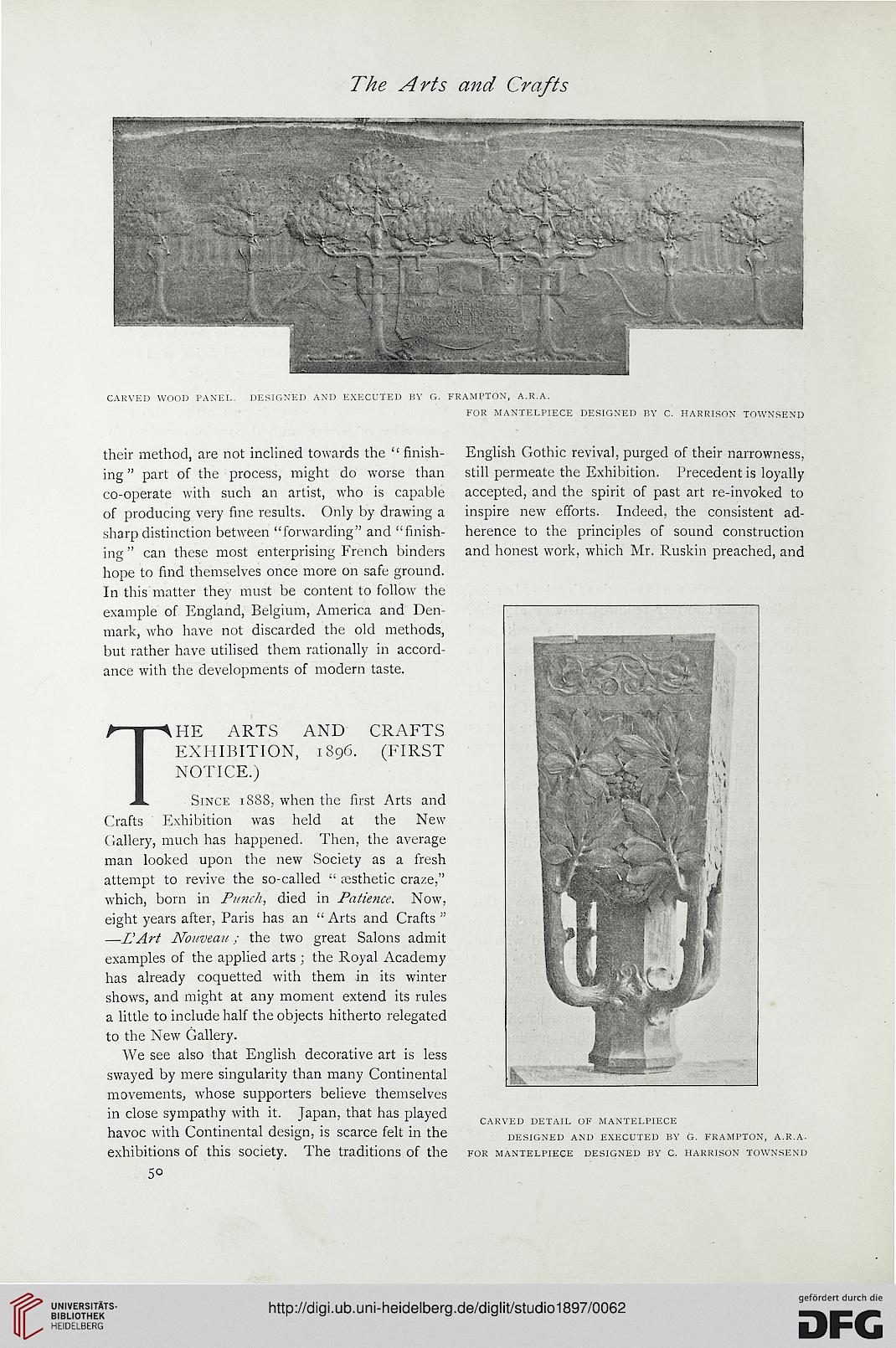 their method, are not inclined towards the " finish- English Gothic revival, purged of their narrowness,
ing " part of the process, might do worse than still permeate the Exhibition. Precedent is loyally
co-operate with such an artist, who is capable accepted, and the spirit of past art re-invoked to
of producing very fine results. Only by drawing a inspire new efforts. Indeed, the consistent ad-
sharp distinction between "forwarding" and "finish- herence to the principles of sound construction
ing " can these most enterprising French binders and honest work, which Mr. Ruskin preached, and
hope to find themselves once more on safe ground.
In this matter they must be content to follow the
example of England, Belgium, America and Den-
mark, who have not discarded the old methods,
but rather have utilised them rationally in accord-
ance with the developments of modern taste.

THE ARTS AND CRAFTS
EXHIBITION, 1896. (FIRST
NOTICE.)
Since 1888, when the first Arts and
Crafts Exhibition was held at the New
Gallery, much has happened. Then, the average
man looked upon the new Society as a fresh
attempt to revive the so-called " aesthetic craze,"
which, born in Punch., died in Patience. Now,
eight years after, Paris has an " Arts and Crafts "
—L Art Nouveau; the two great Salons admit
examples of the applied arts ; the Royal Academy
has already coquetted with them in its winter
shows, and might at any moment extend its rules
a little to include half the objects hitherto relegated
to the New Gallery.

We see also that English decorative art is less
swayed by mere singularity than many Continental
movements., whose supporters believe themselves
in close sympathy with it. lapan, that has plaved

havoc with Continental design, is scarce felt in the designed and executed by g. frampton, a.r.a.

exhibitions of this society. The traditions of the for mantelpiece designed by c. harrison townsend
5°