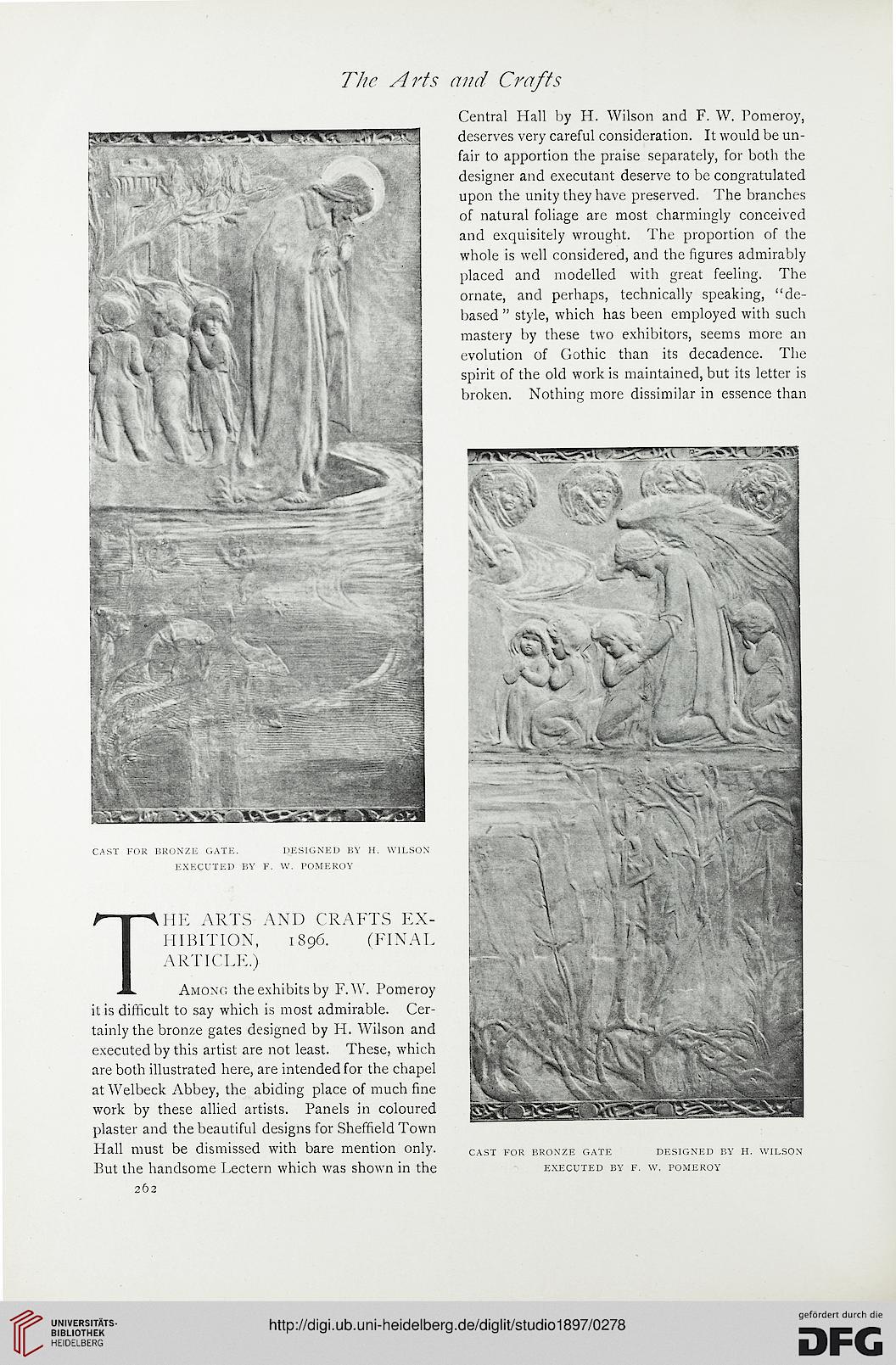 Central Hall by H. Wilson and F. W. Pomeroy,
deserves very careful consideration. It would be un-
fair to apportion the praise separately, for both the
designer and executant deserve to be congratulated
upon the unity they have preserved. The branches
of natural foliage are most charmingly conceived
and exquisitely wrought. The proportion of the
whole is well considered, and the figures admirably
placed and modelled with great feeling. The
ornate, and perhaps, technically speaking, "de-
based " style, which has been employed with such
mastery by these two exhibitors, seems more an
evolution of Gothic than its decadence. The
spirit of the old work is maintained, but its letter is
broken. Nothing more dissimilar in essence than

THE ARTS AND CRAFTS EX-
HIBITION, 1896. (FINAL
ARTICLE.)
Among the exhibits by F.W. Pomeroy
it is difficult to say which is most admirable. Cer-
tainly the bronze gates designed by H. Wilson and
executed by this artist are not least. These, which
are both illustrated here, are intended for the chapel
at Welbeck Abbey, the abiding place of much fine
work by these allied artists. Panels in coloured
plaster and the beautiful designs for Sheffield Town
Hall must be dismissed with bare mention only.
But the handsome Lectern which was shown in the
262