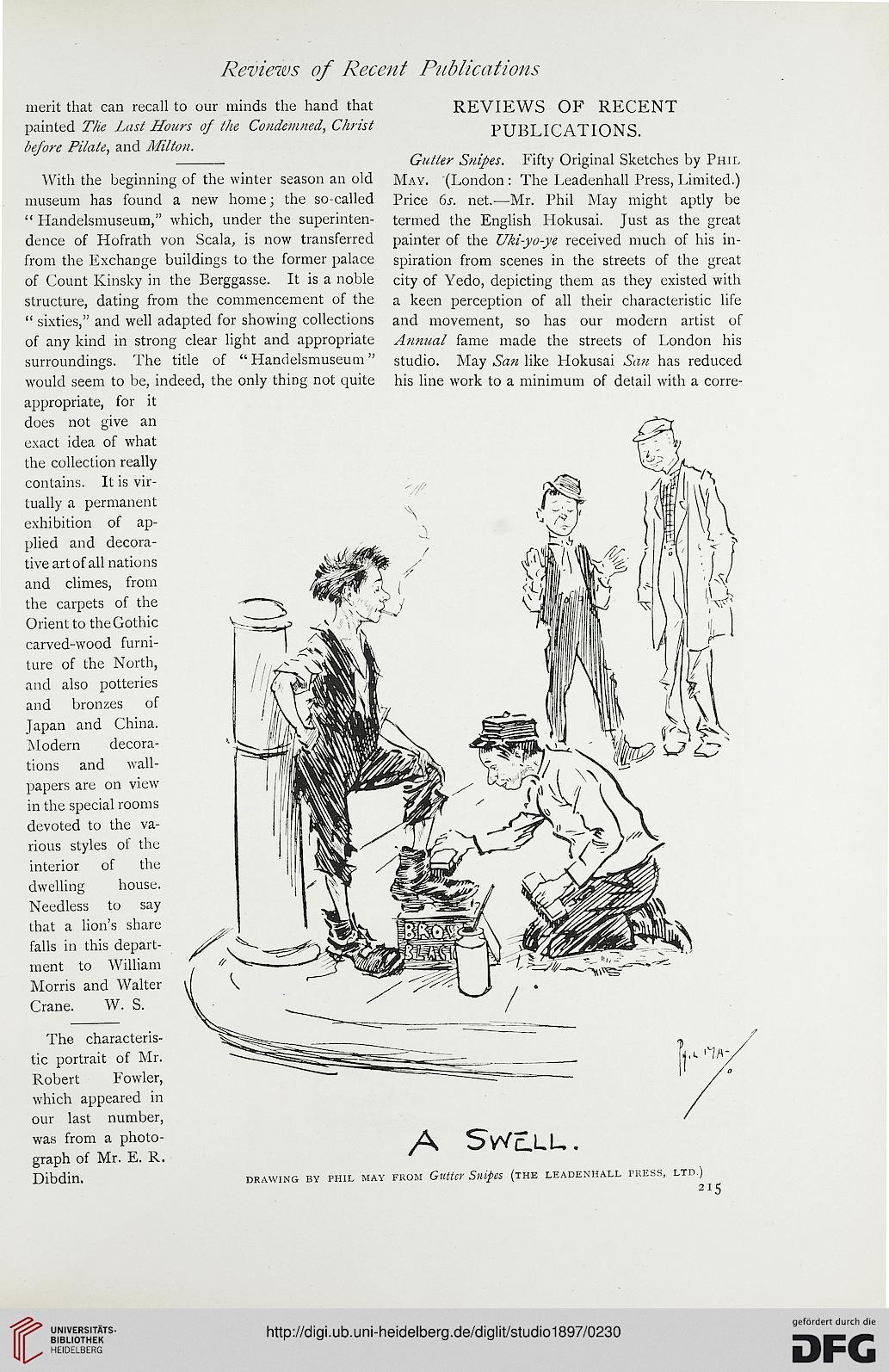 painted The Last Honrs of the Condemned, Christ PUBLICATIONS
before Pilate, and Milton.

With the beginning of the winter season an old May. (London: The Leadenhall Press, Limited.)
museum has found a new home; the so-called Price 6s. net.—Mr. Phil May might aptly be
" Handelsmuseum," which, under the superinten- termed the English Hokusai. Just as the great
dence of Hofrath von Scala, is now transferred painter of the Uki-yo-ye received much of his in-
from the Exchange buildings to the former palace spiration from scenes in the streets of the great
of Count Kinsky in the Berggasse. It is a noble city of Yedo, depicting them as they existed with
structure, dating from the commencement of the a keen perception of all their characteristic life
" sixties," and well adapted for showing collections and movement, so has our modern artist of
of any kind in strong clear light and appropriate Annual fame made the streets of London his
surroundings. The title of "Handelsmuseum" studio. May San like Hokusai San has reduced
would seem to be, indeed, the only thing not quite his line work to a minimum of detail with a corre-
appropriate, for it
does not give an
exact idea of what
the collection really
contains. It is vir-
tually a permanent
exhibition of ap-
plied and decora-
tive art of all nations
and climes, from
the carpets of the
Orient to the Gothic
carved-wood furni-
ture of the North,
and also potteries
and bronzes of
Japan and China.
Modern decora-
tions and wall-
papers are on view
in the special rooms
devoted to the va-
rious styles of the
interior of the
dwelling house.
Needless to say
that a lion's share
falls in this depart-
ment to William
Morris and Walter
Crane. W. S.

The characteris-
tic portrait of Mr.
Robert Fowler,
which appeared in
our last number,
was from a photo-
graph of Mr. E. R.

Dibdin. drawing by phil may from Gutter Snipes (the leadenhall press, ltd.)