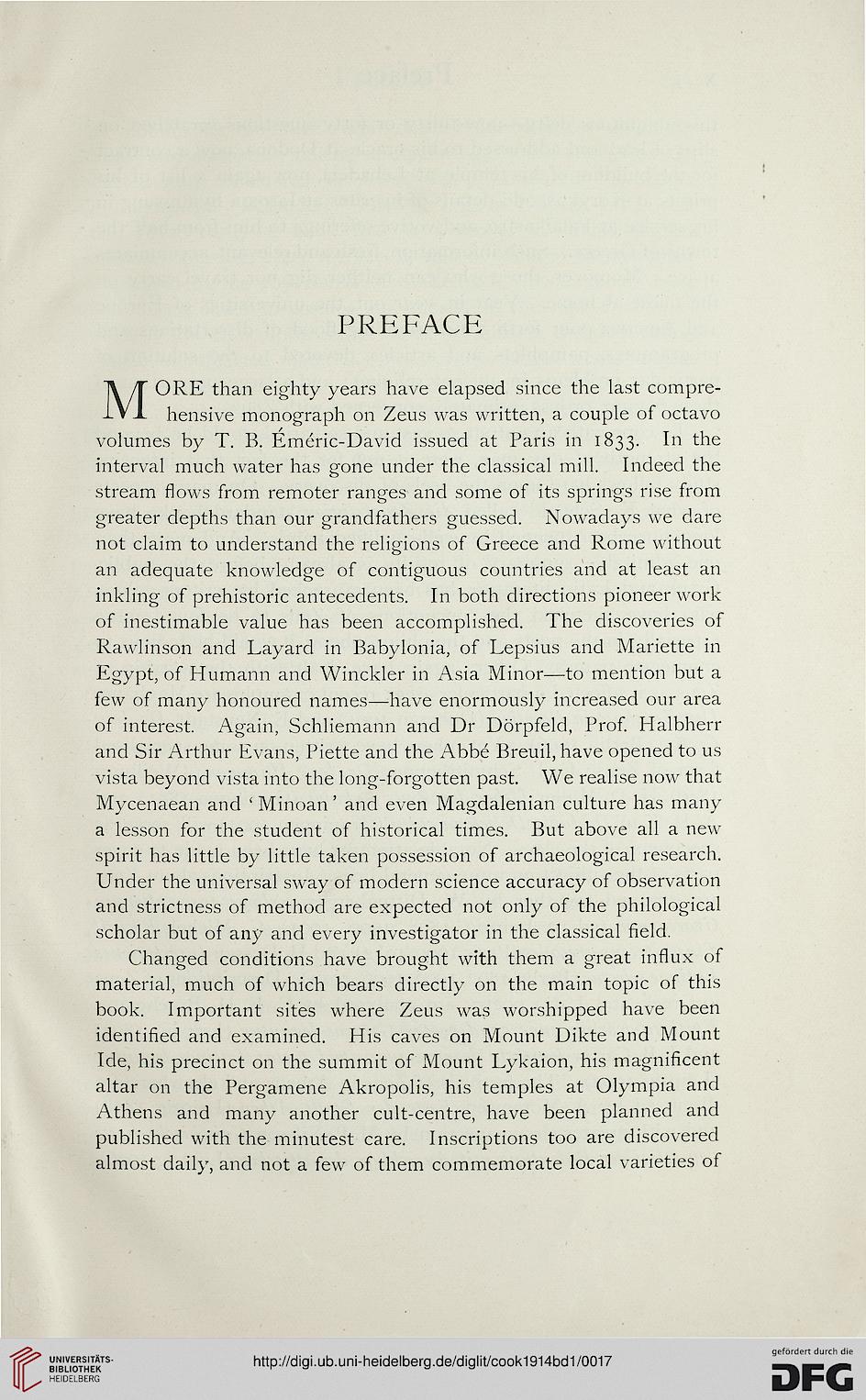 MORE than eighty years have elapsed since the last compre-
hensive monograph on Zeus was written, a couple of octavo
volumes by T. B. Emeric-David issued at Paris in 1833. In the
interval much water has gone under the classical mill. Indeed the
stream flows from remoter ranges and some of its springs rise from
greater depths than our grandfathers guessed. Nowadays we dare
not claim to understand the religions of Greece and Rome without
an adequate knowledge of contiguous countries and at least an
inkling of prehistoric antecedents. In both directions pioneer work
of inestimable value has been accomplished. The discoveries of
Rawlinson and Layard in Babylonia, of Lepsius and Mariette in
Egypt, of Humann and Winckler in Asia Minor—to mention but a
few of many honoured names—have enormously increased our area
of interest. Again, Schliemann and Dr Dorpfeld, Prof. Halbherr
and Sir Arthur Evans, Piette and the Abbe Breuil, have opened to us
vista beyond vista into the long-forgotten past. We realise now that
Mycenaean and 'Minoan' and even Magdalenian culture has many
a lesson for the student of historical times. But above all a new
spirit has little by little taken possession of archaeological research.
Under the universal sway of modern science accuracy of observation
and strictness of method are expected not only of the philological
scholar but of any and every investigator in the classical field.

Changed conditions have brought with them a great influx of
material, much of which bears directly on the main topic of this
book. Important sites where Zeus was worshipped have been
identified and examined. His caves on Mount Dikte and Mount
Ide, his precinct on the summit of Mount Lykaion, his magnificent
altar on the Pergamene Akropolis, his temples at Olympia and
Athens and many another cult-centre, have been planned and
published with the minutest care. Inscriptions too are discovered
almost daily, and not a few of them commemorate local varieties of