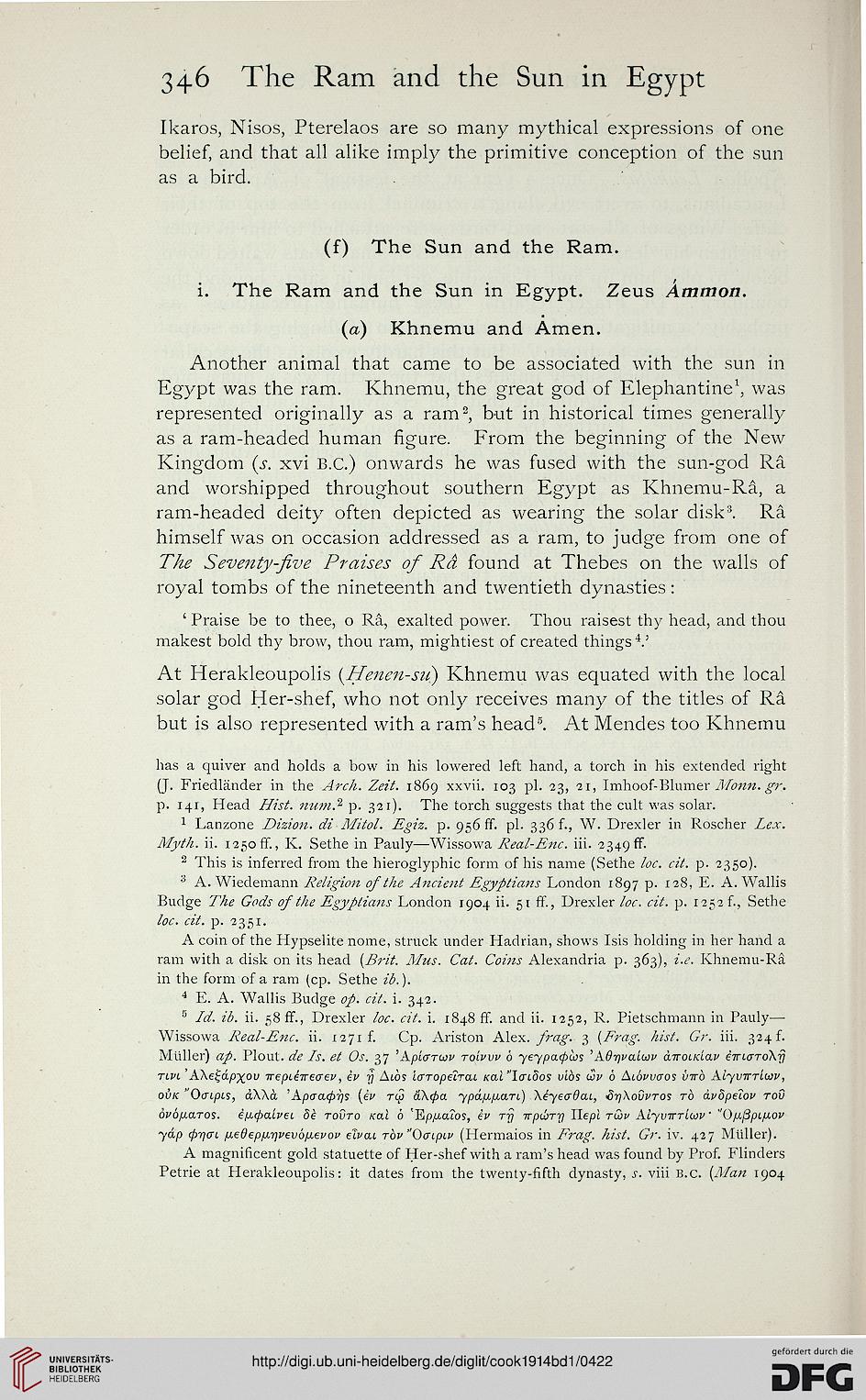 Ikaros, Nisos, Pterelaos are so many mythical expressions of one
belief, and that all alike imply the primitive conception of the sun
as a bird.

i. The Ram and the Sun in Egypt. Zeus Ammon.

Another animal that came to be associated with the sun in
Egypt was the ram. Khnemu, the great god of Elephantine1, was
represented originally as a ram2, but in historical times generally
as a ram-headed human figure. From the beginning of the New
Kingdom (s. xvi B.C.) onwards he was fused with the sun-god Ra
and worshipped throughout southern Egypt as Khnemu-Ra, a
ram-headed deity often depicted as wearing the solar disk3. Ra
himself was on occasion addressed as a ram, to judge from one of
The Seventy-five Praises of Ra found at Thebes on the walls of
royal tombs of the nineteenth and twentieth dynasties:

' Praise be to thee, o Ra, exalted power. Thou raisest thy head, and thou
makest bold thy brow, thou ram, mightiest of created things 4.'

At Herakleoupolis {Henen-su) Khnemu was equated with the local
solar god Her-shef, who not only receives many of the titles of Ra.
but is also represented with a ram's head5. At Mendes too Khnemu

A coin of the Hypselite nome, struck under Hadrian, shows Isis holding in her hand a
ram with a disk on its head {Brit. Mus. Cat. Corns Alexandria p. 363), i.e. Khnemu-Ra.
in the form of a ram (cp. Sethe id.).

A magnificent gold statuette of Her-shef with a ram's head was found by Prof. Flinders
Petrie at Herakleoupolis: it dates from the twenty-fifth dynasty, s. viii B.C. {Man 1904