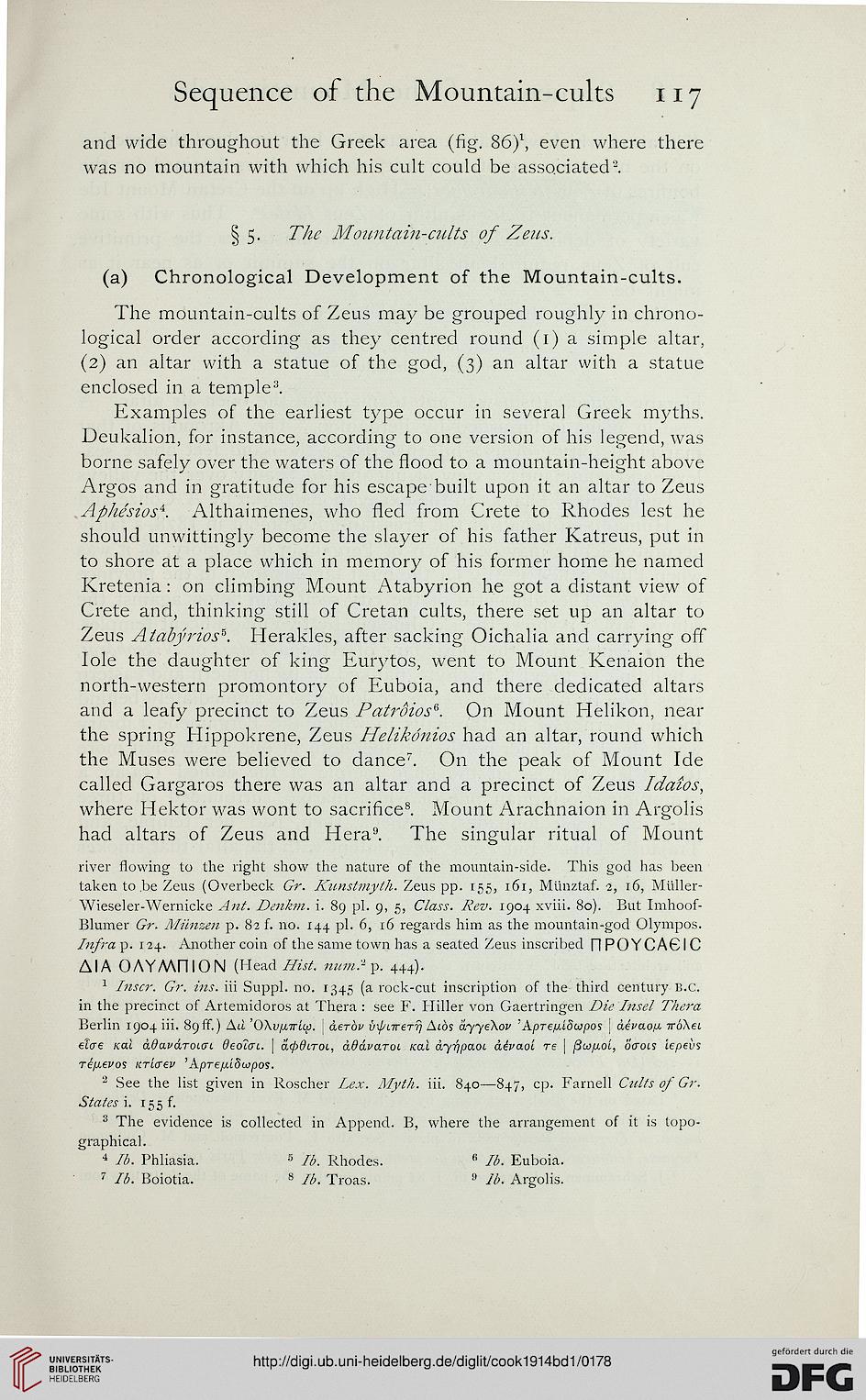 Information about OCR text
Sequence of the Mountain-cults 117

and wide throughout the Greek area (fig. 86)1, even where there
was no mountain with which his cult could be associated2.

(a) Chronological Development of the Mountain-cults.

Examples of the earliest type occur in several Greek myths.
Deukalion, for instance, according to one version of his legend, was
borne safely over the waters of the flood to a mountain-height above
Argos and in gratitude for his escape built upon it an altar to Zeus
Afl/ze'szos4. Althaimenes, who fled from Crete to Rhodes lest he
should unwittingly become the slayer of his father Katreus, put in
to shore at a place wThich in memory of his former home he named
Kretenia: on climbing Mount Atabyrion he got a distant view of
Crete and, thinking still of Cretan cults, there set up an altar to
Zeus Atabyrios*. Herakles, after sacking Oichalia and carrying off
Iole the daughter of king Eurytos, went to Mount Kenaion the
north-western promontory of Euboia, and there dedicated altars
and a leafy precinct to Zeus Patrdios*. On Mount Helikon, near
the spring Hippokrene, Zeus Helikonios had an altar, round which
the Muses were believed to dance7. On the peak of Mount Ide
called Gargaros there was an altar and a precinct of Zeus Idaios,
where Hektor was wont to sacrifice8. Mount Arachnaion in Argolis
had altars of Zeus and Hera9. The singular ritual of Mount

3 The evidence is collected in Append. B, where the arrangement of it is topo-
graphical.