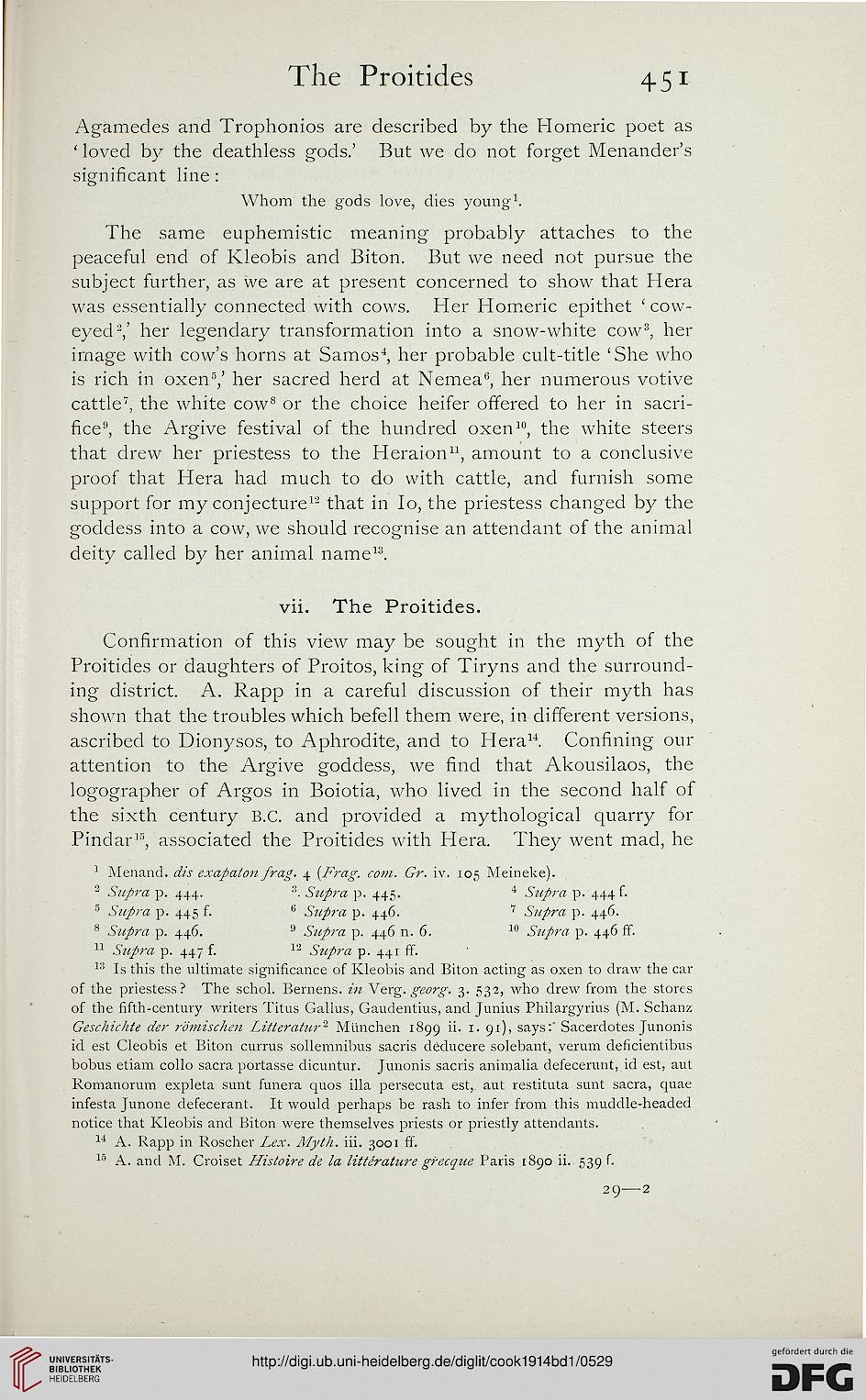 Information about OCR text
The Proitides

Agamedes and Trophonios are described by the Homeric poet as
' loved by the deathless gods.' But we do not forget Menander's
significant line :

Whom the gods love, dies young1.

The same euphemistic meaning probably attaches to the
peaceful end of Kleobis and Biton. But we need not pursue the
subject further, as we are at present concerned to show that Hera
was essentially connected with cows. Her Homeric epithet ' cow-
eyed2,' her legendary transformation into a snow-white cow3, her
image with cow's horns at Samos4, her probable cult-title 'She who
is rich in oxen5/ her sacred herd at Nemea6, her numerous votive
cattle7, the white cow8 or the choice heifer offered to her in sacri-
fice9, the Argive festival of the hundred oxen10, the white steers
that drew her priestess to the Heraion11, amount to a conclusive
proof that Hera had much to do with cattle, and furnish some
support for my conjecture12 that in Io, the priestess changed by the
goddess into a cow, we should recognise an attendant of the animal
deity called by her animal name13.

Confirmation of this view may be sought in the myth of the
Proitides or daughters of Proitos, king of Tiryns and the surround-
ing district. A. Rapp in a careful discussion of their myth has
shown that the troubles which befell them were, in different versions,
ascribed to Dionysos, to Aphrodite, and to Hera14. Confining our
attention to the Argive goddess, we find that Akousilaos, the
logographer of Argos in Boiotia, who lived in the second half of
the sixth century B.C. and provided a mythological quarry for
Pindar15, associated the Proitides with Hera. They went mad, he