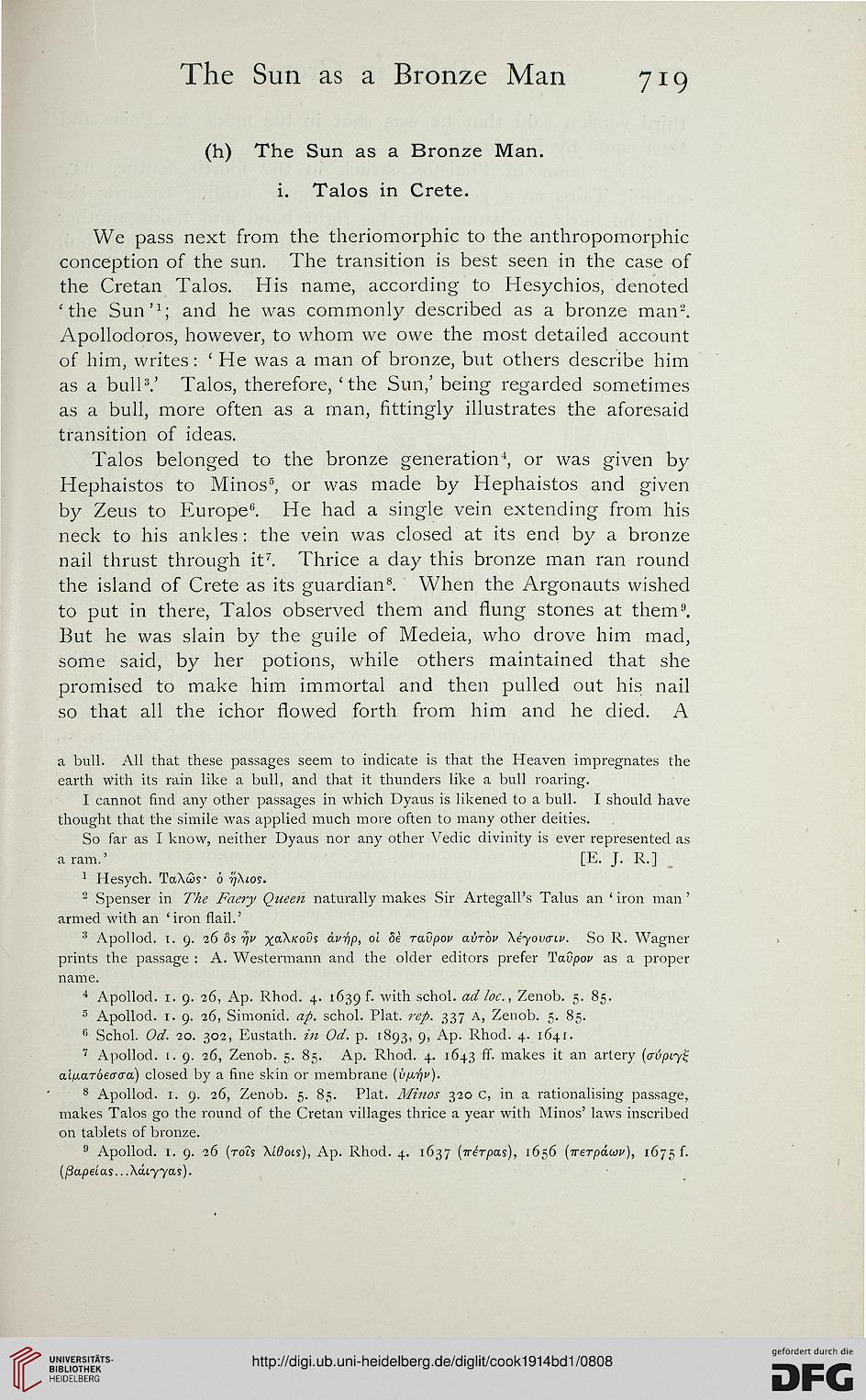 Information about OCR text
The Sun as a Bronze Man 719

We pass next from the theriomorphic to the anthropomorphic
conception of the sun. The transition is best seen in the case of
the Cretan Talos. His name, according to Hesychios, denoted
'the Sun'1; and he was commonly described as a bronze man2.
Apollodoros, however, to whom we owe the most detailed account
of him, writes: * He was a man of bronze, but others describe him
as a bull3.' Talos, therefore, 'the Sun,' being regarded sometimes
as a bull, more often as a man, fittingly illustrates the aforesaid
transition of ideas.

Talos belonged to the bronze generation4, or was given by
Hephaistos to Minos5, or was made by Hephaistos and given
by Zeus to Europe6. He had a single vein extending from his
neck to his ankles: the vein was closed at its end by a bronze
nail thrust through it7. Thrice a day this bronze man ran round
the island of Crete as its guardian8. When the Argonauts wished
to put in there, Talos observed them and flung stones at them9.
But he was slain by the guile of Medeia, who drove him mad,
some said, by her potions, while others maintained that she
promised to make him immortal and then pulled out his nail
so that all the ichor flowed forth from him and he died. A

a bull. All that these passages seem to indicate is that the Heaven impregnates the
earth with its rain like a bull, and that it thunders like a bull roaring.

I cannot find any other passages in which Dyaus is likened to a bull. I should have
thought that the simile was applied much more often to many other deities.

So far as I know, neither Dyaus nor any other Vedic divinity is ever represented as
a ram.' [E. J. R.]