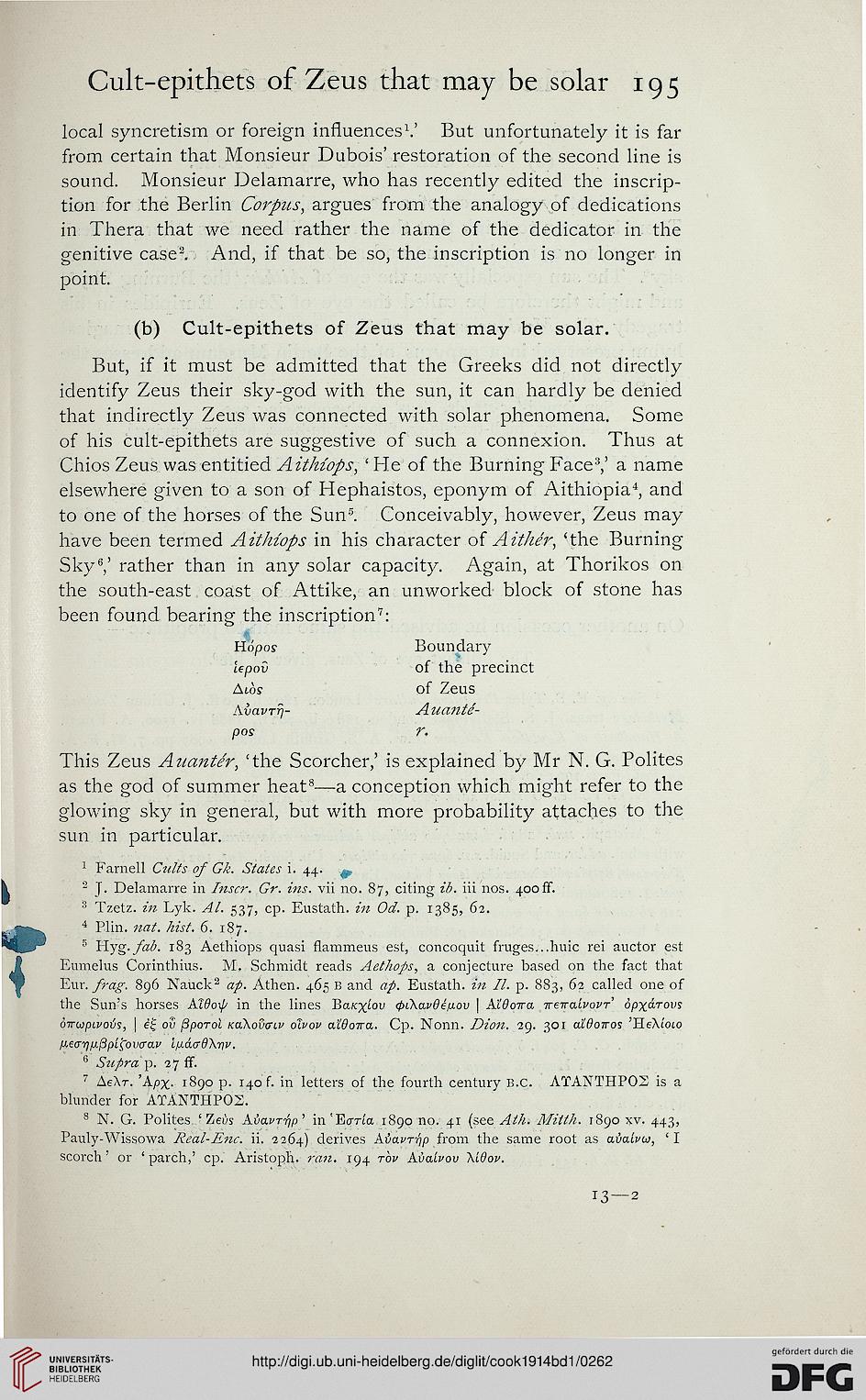 local syncretism or foreign influences1.' But unfortunately it is far
from certain that Monsieur Dubois' restoration of the second line is
sound. Monsieur Delamarre, who has recently edited the inscrip-
tion for the Berlin Corpus, argues from the analogy of dedications
in Thera that we need rather the name of the dedicator in the
genitive case2. And, if that be so, the inscription is no longer in
point.

(b) Cult-epithets of Zeus that may be solar.

But, if it must be admitted that the Greeks did not directly
identify Zeus their sky-god with the sun, it can hardly be denied
that indirectly Zeus was connected with solar phenomena. Some
of his cult-epithets are suggestive of such a connexion. Thus at
Chios Zeus was entitied Aitktops, 'He of the Burning Face3,' a name
elsewhere given to a son of Hephaistos, eponym of Aithiopia4, and
to one of the horses of the Sun5. Conceivably, however, Zeus may
have been termed Aitktops in his character of Aitker, 'the Burning
Sky6,' rather than in any solar capacity. Again, at Thorikos on
the south-east coast of Attike, an unworked block of stone has

been found bearing the inscription7:

Upov of the precinct

This Zeus Auanter, 'the Scorcher,' is explained by Mr N. G. Polites
as the god of summer heat8—a conception which might refer to the
glowring sky in general, but with more probability attaches to the
sun in particular.