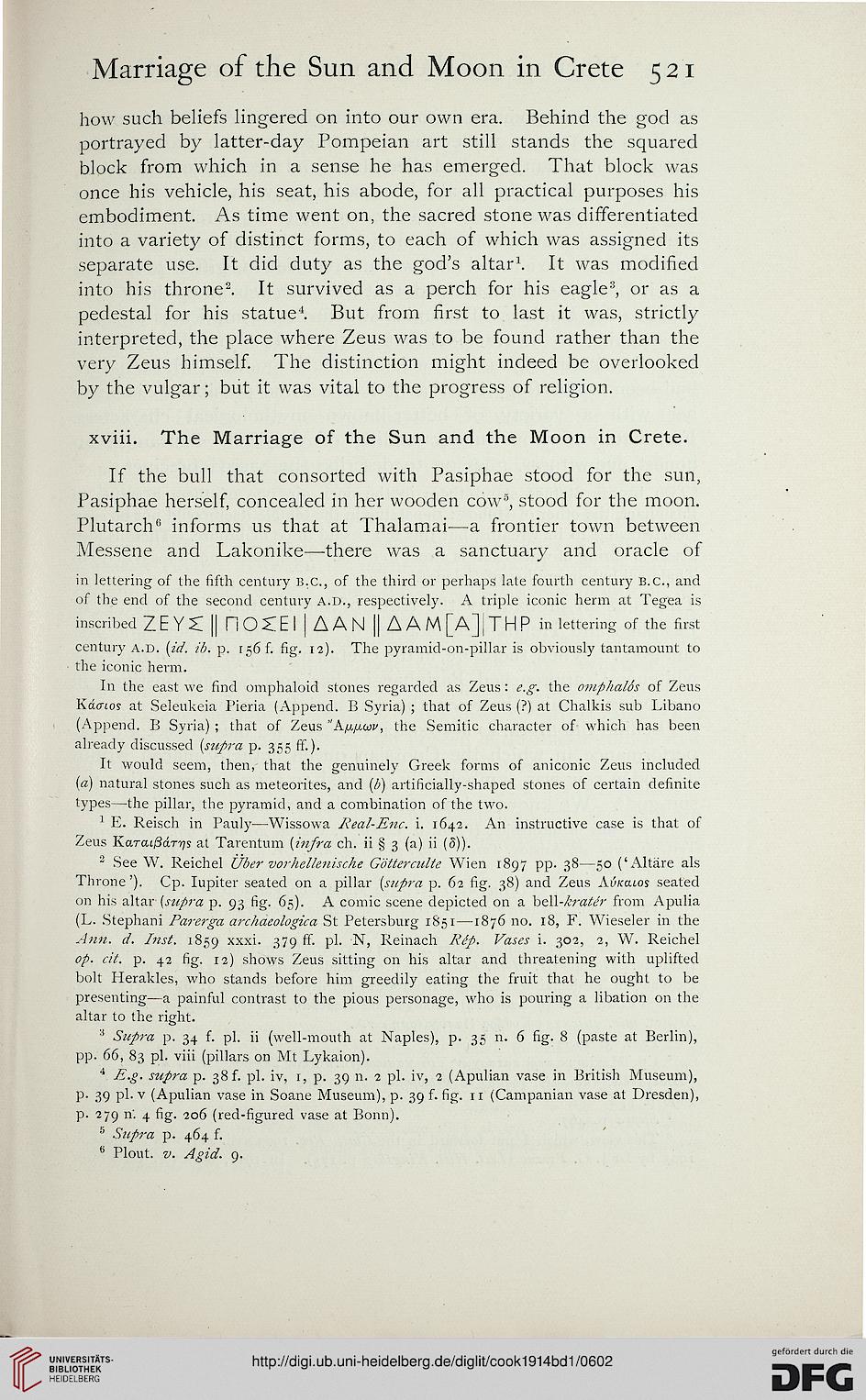 how such beliefs lingered on into our own era. Behind the god as
portrayed by latter-day Pompeian art still stands the squared
block from which in a sense he has emerged. That block was
once his vehicle, his seat, his abode, for all practical purposes his
embodiment. As time went on, the sacred stone was differentiated
into a variety of distinct forms, to each of which was assigned its
separate use. It did duty as the god's altar1. It was modified
into his throne2. It survived as a perch for his eagle3, or as a
pedestal for his statue4. But from first to last it was, strictly
interpreted, the place where Zeus was to be found rather than the
very Zeus himself. The distinction might indeed be overlooked
by the vulgar; but it was vital to the progress of religion.

xviii. The Marriage of the Sun and the Moon in Crete.

If the bull that consorted with Pasiphae stood for the sun,
Pasiphae herself, concealed in her wooden cow5, stood for the moon.
Plutarch6 informs us that at Thalamai—a frontier town between
Messene and Lakonike—there was a sanctuary and oracle of

in lettering of the fifth century b.c., of the third or perhaps late fourth century b.c., and
of the end of the second century a.d., respectively. A triple iconic herm at Tegea is

It would seem, then, that the genuinely Greek forms of aniconic Zeus included
(a) natural stones such as meteorites, and (b) artificially-shaped stones of certain definite
types—the pillar, the pyramid, and a combination of the two.