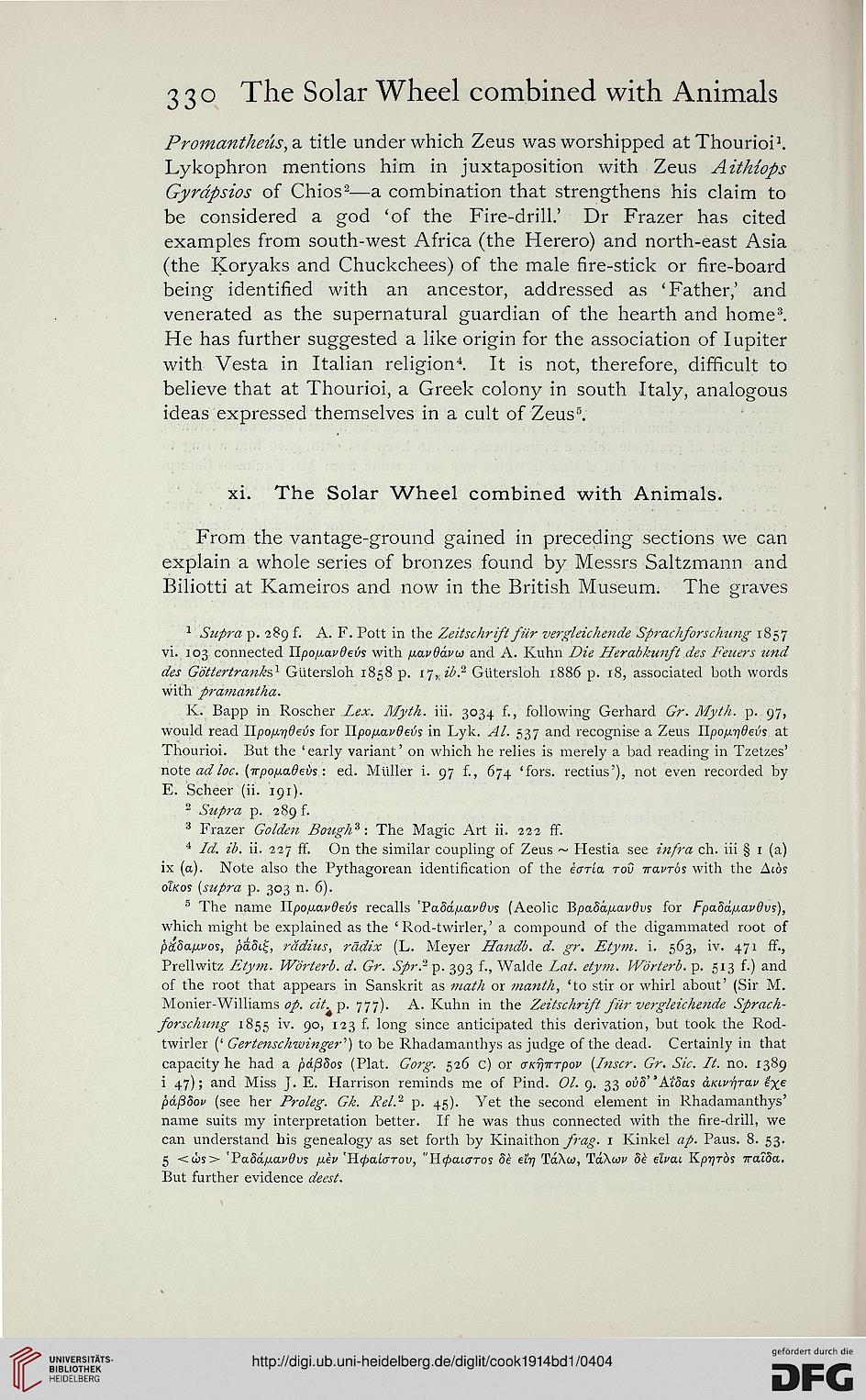 Information about OCR text
330 The Solar Wheel combined with Animals

Promantheus^ title under which Zeus was worshipped atThourioi1.
Lykophron mentions him in juxtaposition with Zeus Aithiops
Gyrdpsios of Chios2—a combination that strengthens his claim to
be considered a god 'of the Fire-drill.' Dr Frazer has cited
examples from south-west Africa (the Herero) and north-east Asia
(the Koryaks and Chuckchees) of the male fire-stick or fire-board
being identified with an ancestor, addressed as 'Father,' and
venerated as the supernatural guardian of the hearth and home3.
He has further suggested a like origin for the association of Iupiter
with Vesta in Italian religion4. It is not, therefore, difficult to
believe that at Thourioi, a Greek colony in south Italy, analogous
ideas expressed themselves in a cult of Zeus5.

From the vantage-ground gained in preceding sections we can
explain a whole series of bronzes found by Messrs Saltzmann and
Biliotti at Kameiros and now in the British Museum. The graves