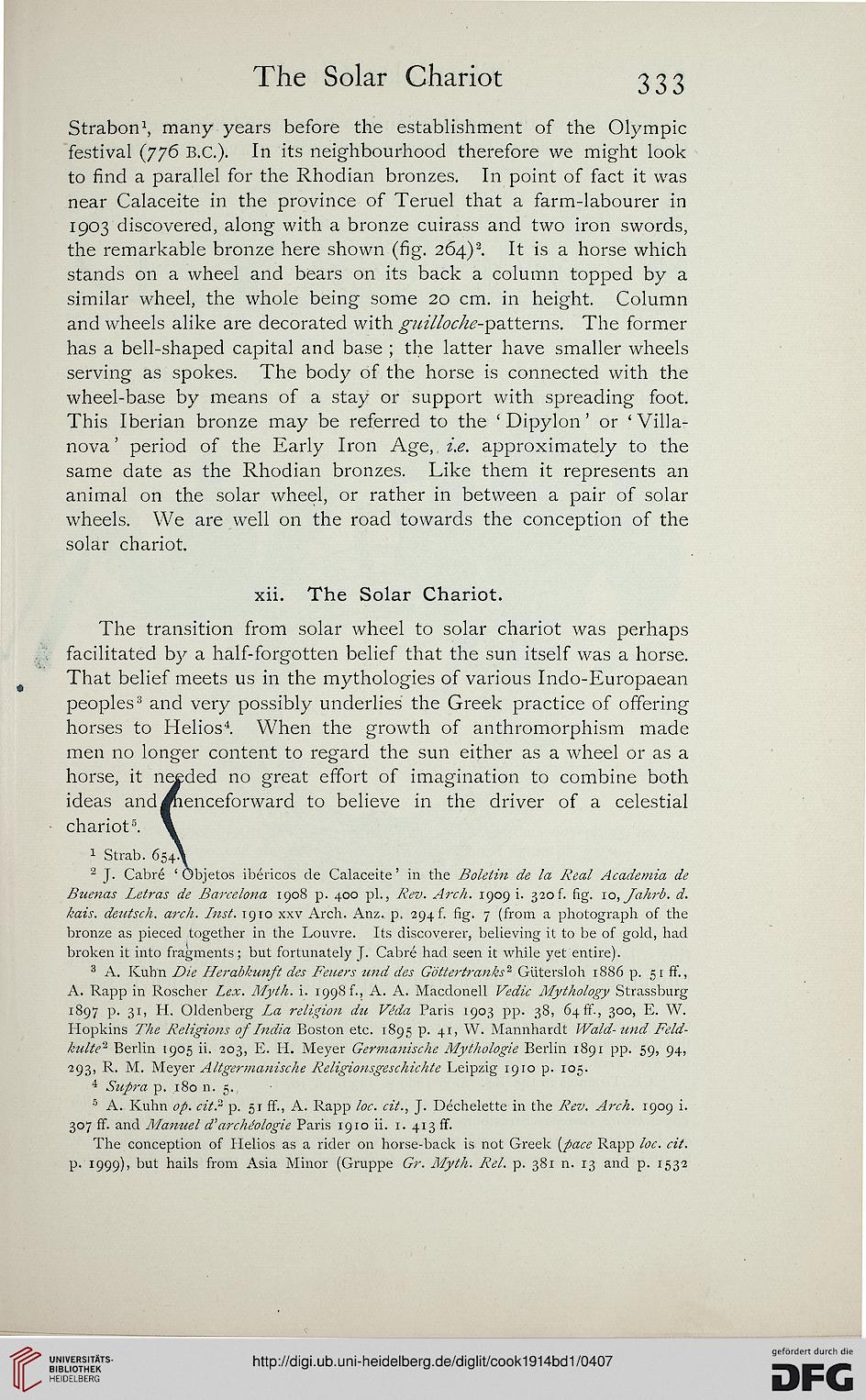 Strabon1, many years before the establishment of the Olympic
festival (776 B.C.). In its neighbourhood therefore we might look
to find a parallel for the Rhodian bronzes. In point of fact it was
near Calaceite in the province of Teruel that a farm-labourer in
1903 discovered, along with a bronze cuirass and two iron swords,
the remarkable bronze here shown (fig. 264)1 It is a horse which
stands on a wheel and bears on its back a column topped by a
similar wheel, the whole being some 20 cm. in height. Column
and wheels alike are decorated with gitzl/oc/ie-pattems. The former
has a bell-shaped capital and base ; the latter have smaller wheels
serving as spokes. The body of the horse is connected with the
wheel-base by means of a stay or support with spreading foot.
This Iberian bronze may be referred to the ' Dipylon' or 'Villa-
nova ' period of the Early Iron Age, i.e. approximately to the
same date as the Rhodian bronzes. Like them it represents an
animal on the solar wheel, or rather in between a pair of solar
wheels. We are well on the road towards the conception of the
solar chariot.

The transition from solar wheel to solar chariot was perhaps
facilitated by a half-forgotten belief that the sun itself was a horse.
That belief meets us in the mythologies of various Indo-Europaean
peoples3 and very possibly underlies the Greek practice of offering
horses to Helios4. When the growth of anthromorphism made
men no longer content to regard the sun either as a wheel or as a
horse, it needed no great effort of imagination to combine both
ideas and henceforward to believe in the driver of a celestial
chariot5. \