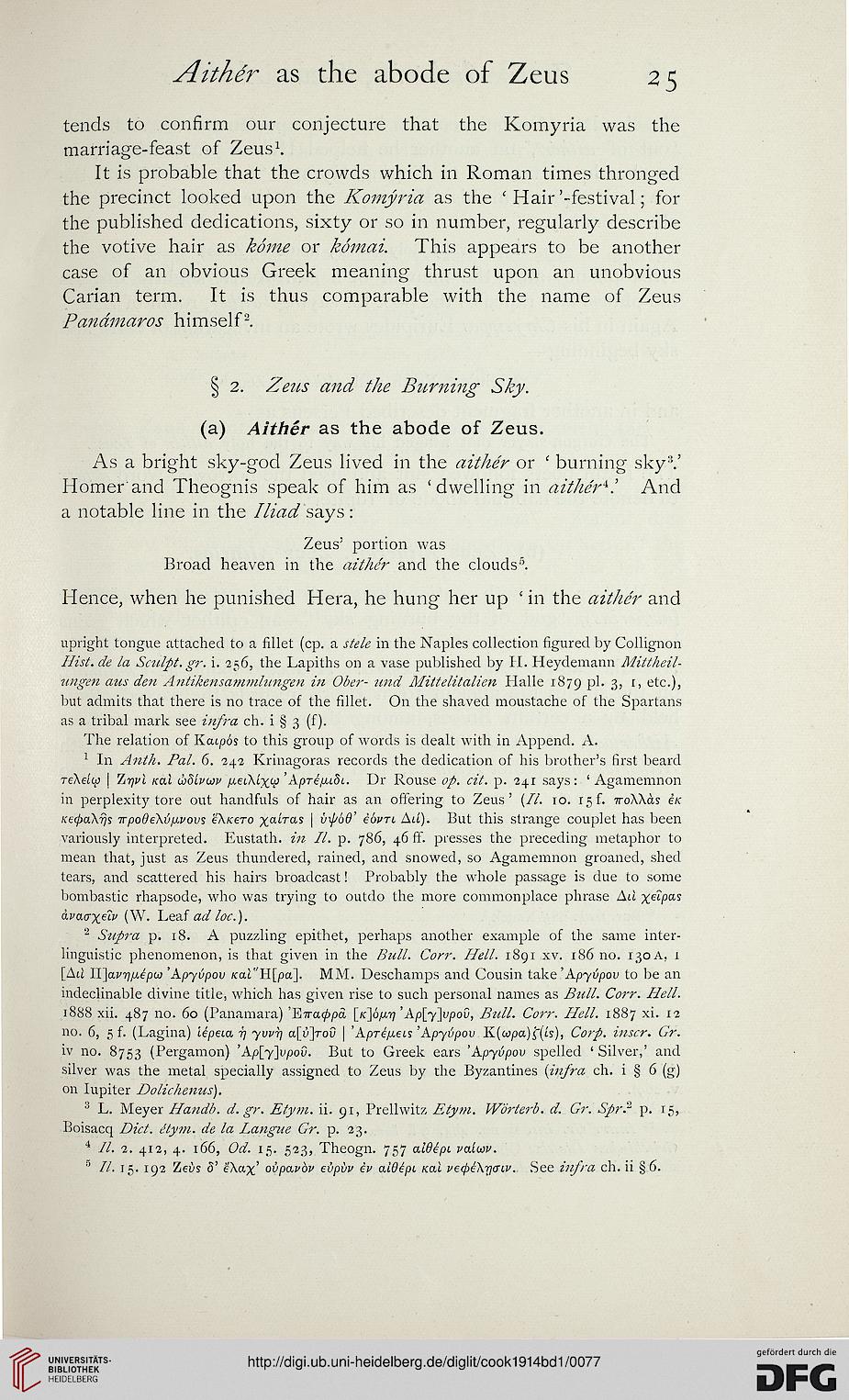 Information about OCR text
Aither as the abode of Zeus 25

tends to confirm our conjecture that the Komyria was the
marriage-feast of Zeus1.

It is probable that the crowds which in Roman times thronged
the precinct looked upon the Komyria as the 1 Hair '-festival; for
the published dedications, sixty or so in number, regularly describe
the votive hair as kome or komai. This appears to be another
case of an obvious Greek meaning thrust upon an unobvious
Carian term. It is thus comparable with the name of Zeus
Pandmaros himself2.

(a) Aither as the abode of Zeus.

As a bright sky-god Zeus lived in the aither or * burning sky3.'
Homer'and Theognis speak of him as 'dwelling in aither4'! And
a notable line in the Iliad says:

Zeus' portion was
Broad heaven in the aither and the clouds5.

Hence, when he punished Hera, he hung her up ' in the aither and

upright tongue attached to a fillet (cp. a stele in the Naples collection figured by Collignon
Hist, de la Sculpt, gr. i. 256, the Lapiths on a vase published by II. Heydemann Mittheil-
ungen aus den Antikensammlungen in Ober- und Mittelitalien Halle 1879 pi. 3, 1, etc.),
but admits that there is no trace of the fillet. On the shaved moustache of the Spartans
as a tribal mark see infra ch. i § 3 (f).

The relation of Kcupos to this group of words is dealt with in Append. A.