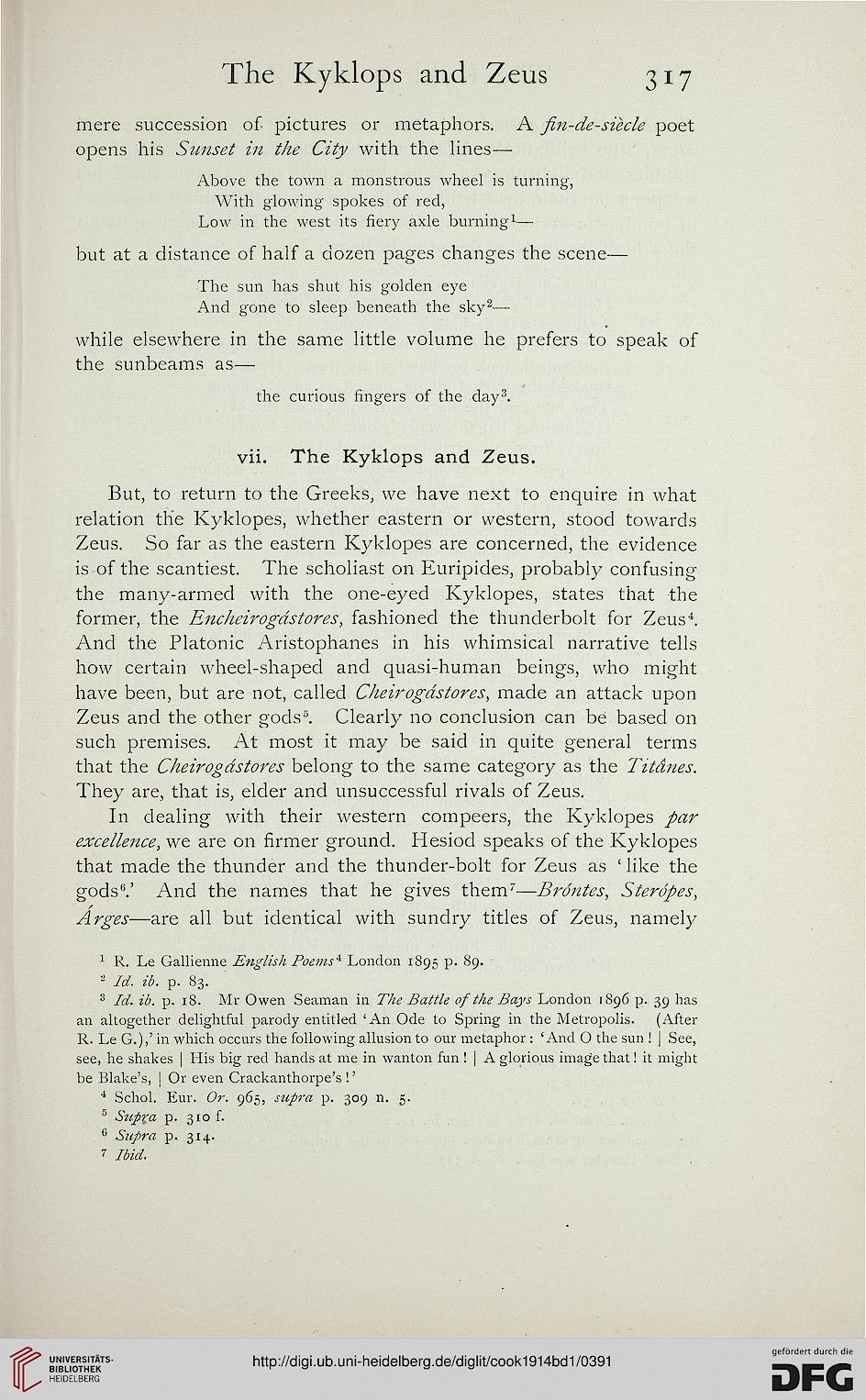 Information about OCR text
The Kyklops and Zeus

mere succession of pictures or metaphors. A fin-de-siecle poet
opens his Sunset in the City with the lines—

Above the town a monstrous wheel is turning,

With glowing" spokes of red,
Low in the west its fiery axle burning1—

the curious fingers of the day3.

vii. The Kyklops and Zeus.

But, to return to the Greeks, we have next to enquire in what
relation the Kyklopes, whether eastern or western, stood towards
Zeus. So far as the eastern Kyklopes are concerned, the evidence
is of the scantiest. The scholiast on Euripides, probably confusing
the many-armed with the one-eyed Kyklopes, states that the
former, the Enckeirogdstores, fashioned the thunderbolt for Zeus4.
And the Platonic Aristophanes in his whimsical narrative tells
how certain wheel-shaped and quasi-human beings, who might
have been, but are not, called Cheirogdstores, made an attack upon
Zeus and the other gods5. Clearly no conclusion can be based on
such premises. At most it may be said in quite general terms
that the Cheirogdstores belong to the same category as the Titdnes.
They are, that is, elder and unsuccessful rivals of Zeus.

In dealing with their western compeers, the Kyklopes par
excellence, we are on firmer ground. Hesiod speaks of the Kyklopes
that made the thunder and the thunder-bolt for Zeus as ' like the
gods6.' And the names that he gives them7—Brontes, Sterdpes,

Arges—are all but identical with sundry titles of Zeus, namely