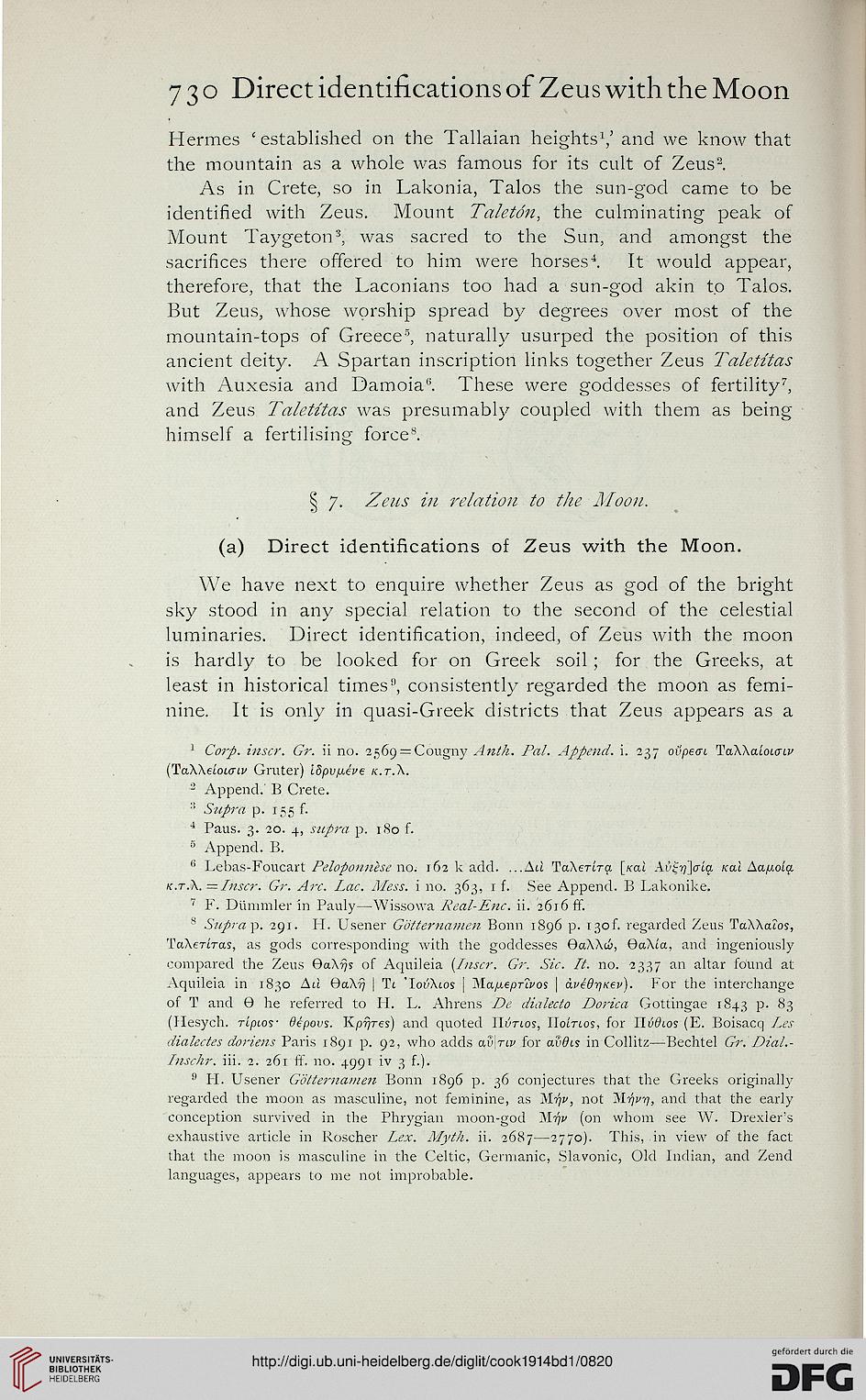 Hermes 'established on the Tallaian heights1,' and we know that
the mountain as a whole was famous for its cult of Zeus2.

As in Crete, so in Lakonia, Talos the sun-god came to be
identified with Zeus. Mount Taleton, the culminating peak of
Mount Taygeton3, was sacred to the Sun, and amongst the
sacrifices there offered to him were horses4. It would appear,
therefore, that the Laconians too had a sun-god akin to Talos.
But Zeus, whose worship spread by degrees over most of the
mountain-tops of Greece5, naturally usurped the position of this
ancient deity. A Spartan inscription links together Zeus Taletitas
with Auxesia and Damoia6. These were goddesses of fertility7,
and Zeus Taletitas was presumably coupled with them as being
himself a fertilising force8.

(a) Direct identifications of Zeus with the Moon.

We have next to enquire whether Zeus as god of the bright
sky stood in any special relation to the second of the celestial
luminaries. Direct identification, indeed, of Zeus with the moon
is hardly to be looked for on Greek soil ; for the Greeks, at
least in historical times9, consistently regarded the moon as femi-
nine. It is only in quasi-Greek districts that Zeus appears as a

9 H. Usener Gotternamen Bonn 1896 p. 36 conjectures that the Greeks originally
regarded the moon as masculine, not feminine, as Mtji', not Mr/pri, and that the early
conception survived in the Phrygian moon-god Mrjv (on whom see W. Drexler's
exhaustive article in Roscher Lex. Myth. ii. 2687—2770). This, in view of the fact
that the moon is masculine in the Celtic, Germanic, Slavonic, Old Indian, and Zend
languages, appears to me not improbable.