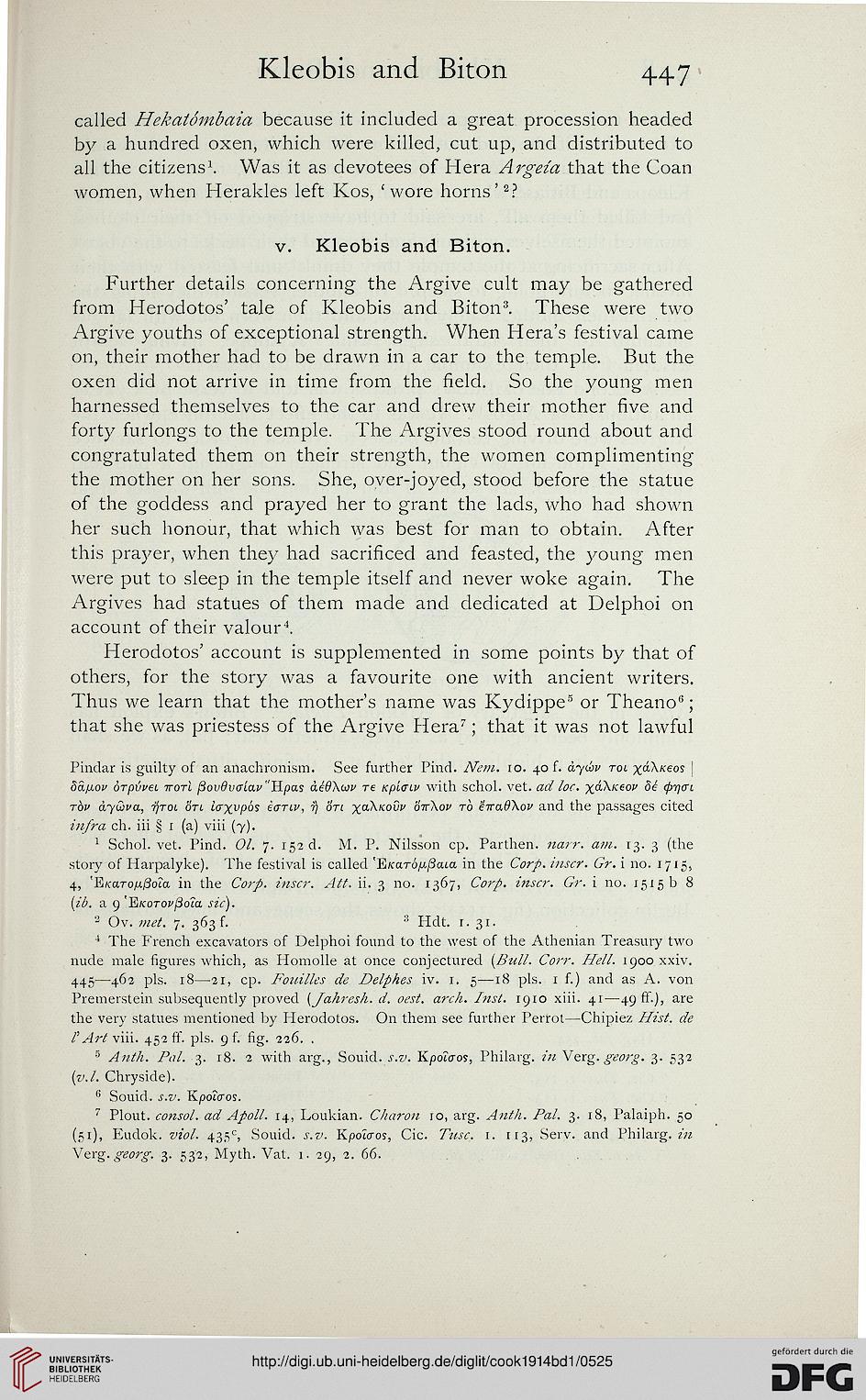 called Hekatombaia because it included a great procession headed
by a hundred oxen, which were killed, cut up, and distributed to
all the citizens1. Was it as devotees of Hera Argeia that the Coan
women, when Herakles left Kos, 'wore horns'2?

Further details concerning the Argive cult may be gathered
from Herodotos' tale of Kleobis and Biton3. These were two
Argive youths of exceptional strength. When Hera's festival came
on, their mother had to be drawn in a car to the temple. But the
oxen did not arrive in time from the field. So the young men
harnessed themselves to the car and drew their mother five and
forty furlongs to the temple. The Argives stood round about and
congratulated them on their strength, the women complimenting
the mother on her sons. She, over-joyed, stood before the statue
of the goddess and prayed her to grant the lads, who had shown
her such honour, that which was best for man to obtain. After
this prayer, when they had sacrificed and feasted, the young men
were put to sleep in the temple itself and never woke again. The
Argives had statues of them made and dedicated at Delphoi on
account of their valour4.

Herodotos' account is supplemented in some points by that of
others, for the story was a favourite one with ancient writers.
Thus we learn that the mother's name was Kydippe5 or Theano6;
that she was priestess of the Argive Hera7; that it was not lawful