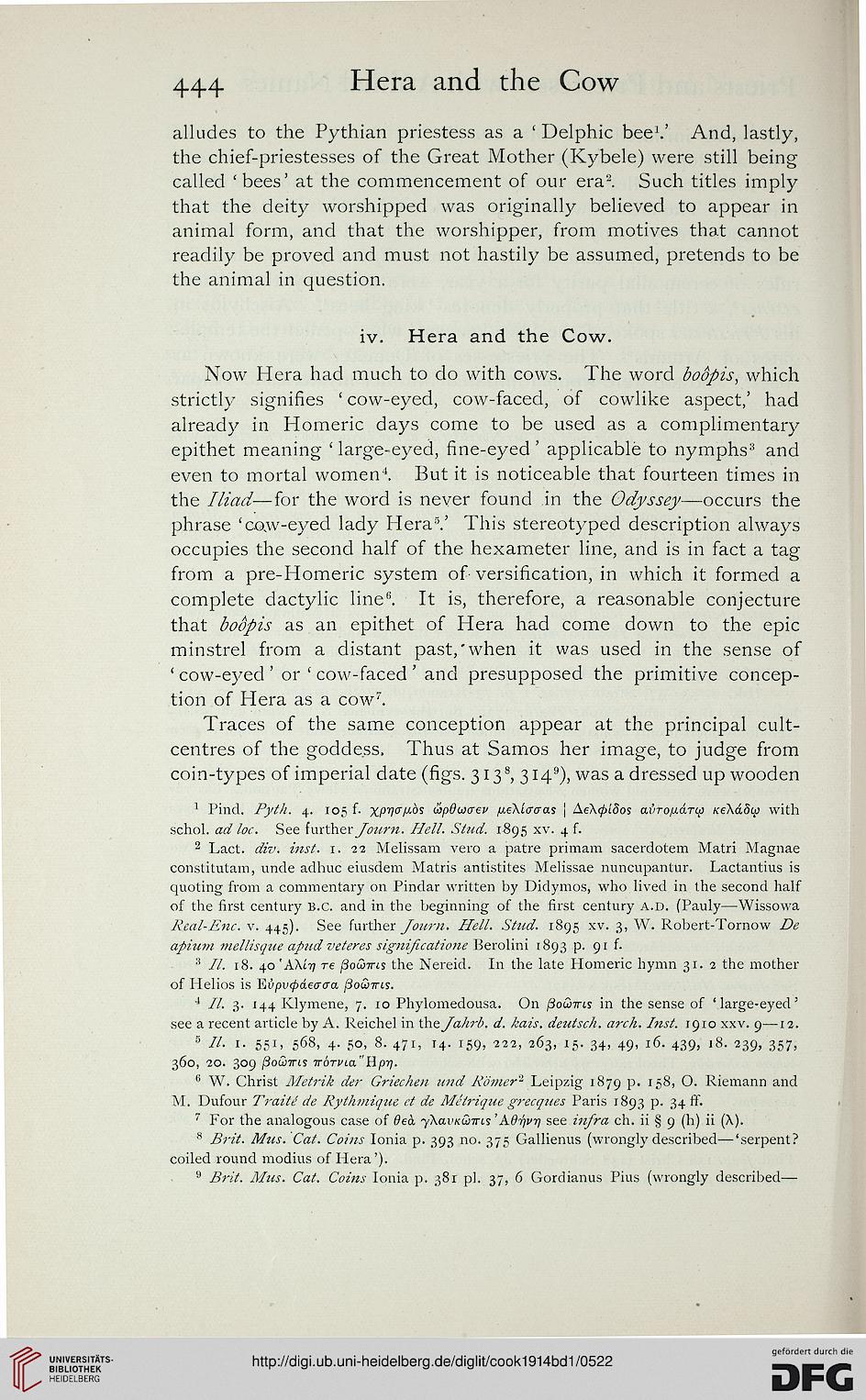 Information about OCR text
444 Hera and the Cow

alludes to the Pythian priestess as a 'Delphic bee1.' And, lastly,
the chief-priestesses of the Great Mother (Kybele) were still being
called 'bees' at the commencement of our era2. Such titles imply
that the deity worshipped was originally believed to appear in
animal form, and that the worshipper, from motives that cannot
readily be proved and must not hastily be assumed, pretends to be
the animal in question.

iv. Hera and the Cow.

Now Hera had much to do with cows. The word boopis, which
strictly signifies ' cow-eyed, cow-faced, of cowlike aspect,' had
already in Homeric days come to be used as a complimentary
epithet meaning ' large-eyed, fine-eyed ' applicable to nymphs3 and
even to mortal women4. But it is noticeable that fourteen times in
the Iliad—for the word is never found in the Odyssey—occurs the
phrase 'cowr-eyed lady Hera5.' This stereotyped description always
occupies the second half of the hexameter line, and is in fact a tag
from a pre-Homeric system of- versification, in which it formed a
complete dactylic line". It is, therefore, a reasonable conjecture
that boopis as an epithet of Hera had come down to the epic
minstrel from a distant past,'when it was used in the sense of
' cow-eyed ' or ' cow-faced ' and presupposed the primitive concep-
tion of Hera as a cow7.

Traces of the same conception appear at the principal cult-
centres of the goddess, Thus at Samos her image, to judge from
coin-types of imperial date (figs. 3138, 3149), was a dressed up wooden