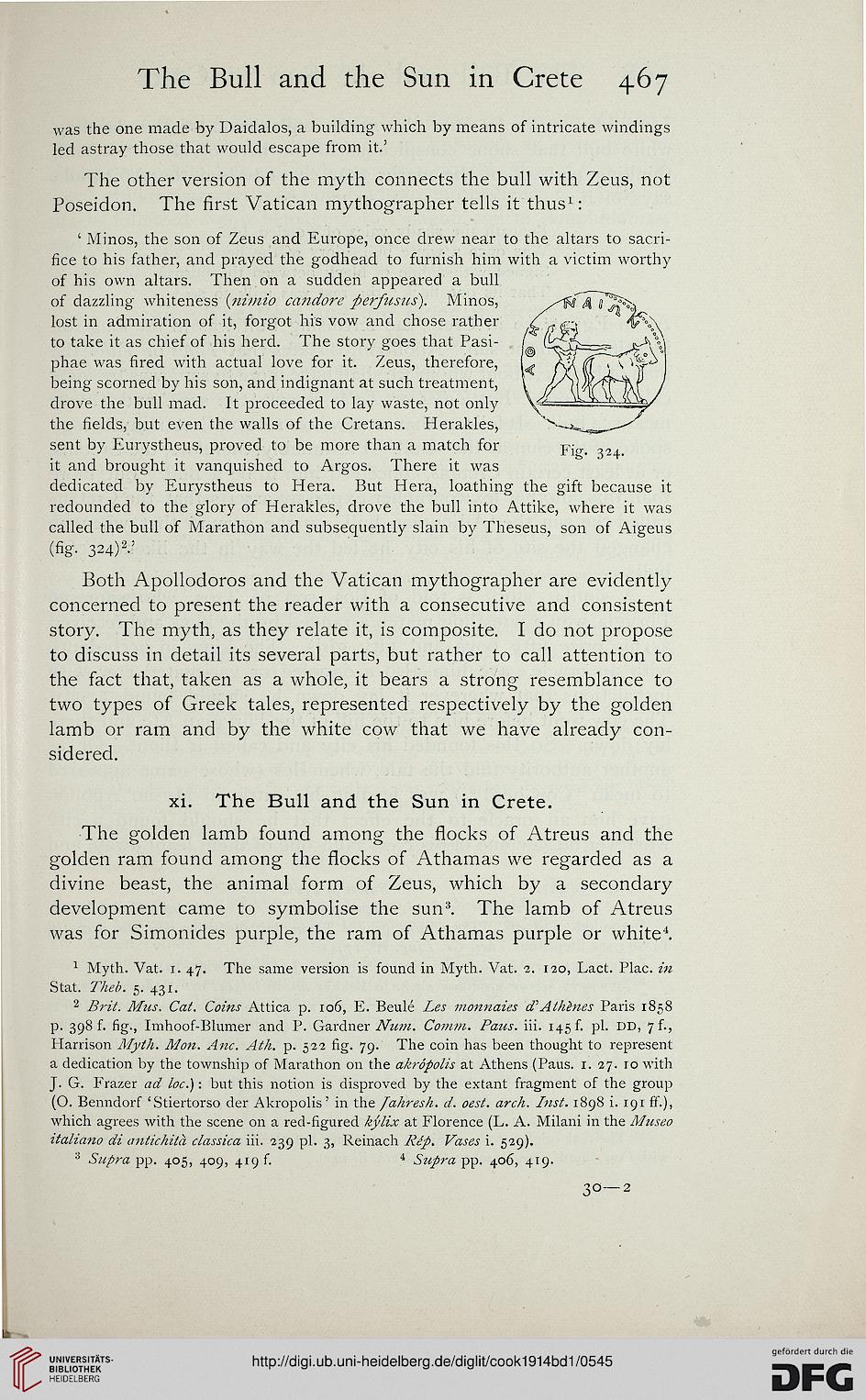 was the one made by Daidalos, a building which by means of intricate windings
led astray those that would escape from it.'

The other version of the myth connects the bull with Zeus, not
Poseidon. The first Vatican mythographer tells it thus1:

' Minos, the son of Zeus and Europe, once drew near to the altars to sacri-
fice to his father, and prayed the godhead to furnish him with a victim worthy
of his own altars. Then on a sudden appeared a bull
of dazzling whiteness {nimio candorc perfusus). Minos,
lost in admiration of it, forgot his vow and chose rather
to take it as chief of his herd. The story goes that Pasi-
phae was fired with actual love for it. Zeus, therefore,
being scorned by his son, and indignant at such treatment,
drove the bull mad. It proceeded to lay waste, not only
the fields, but even the walls of the Cretans. Herakles,
sent by Eurystheus, proved to be more than a match for
it and brought it vanquished to Argos. There it was
dedicated by Eurystheus to Hera. But Hera, loathing the gift because it
redounded to the glory of Herakles, drove the bull into Attike, where it was
called the bull of Marathon and subsequently slain by Theseus, son of Aigeus
(fig. 324)2.'

Both Apollodoros and the Vatican mythographer are evidently
concerned to present the reader with a consecutive and consistent
story. The myth, as they relate it, is composite. I do not propose
to discuss in detail its several parts, but rather to call attention to
the fact that, taken as a whole, it bears a strong resemblance to
two types of Greek tales, represented respectively by the golden
lamb or ram and by the white cow that we have already con-
sidered.

xi. The Bull and the Sun in Crete.