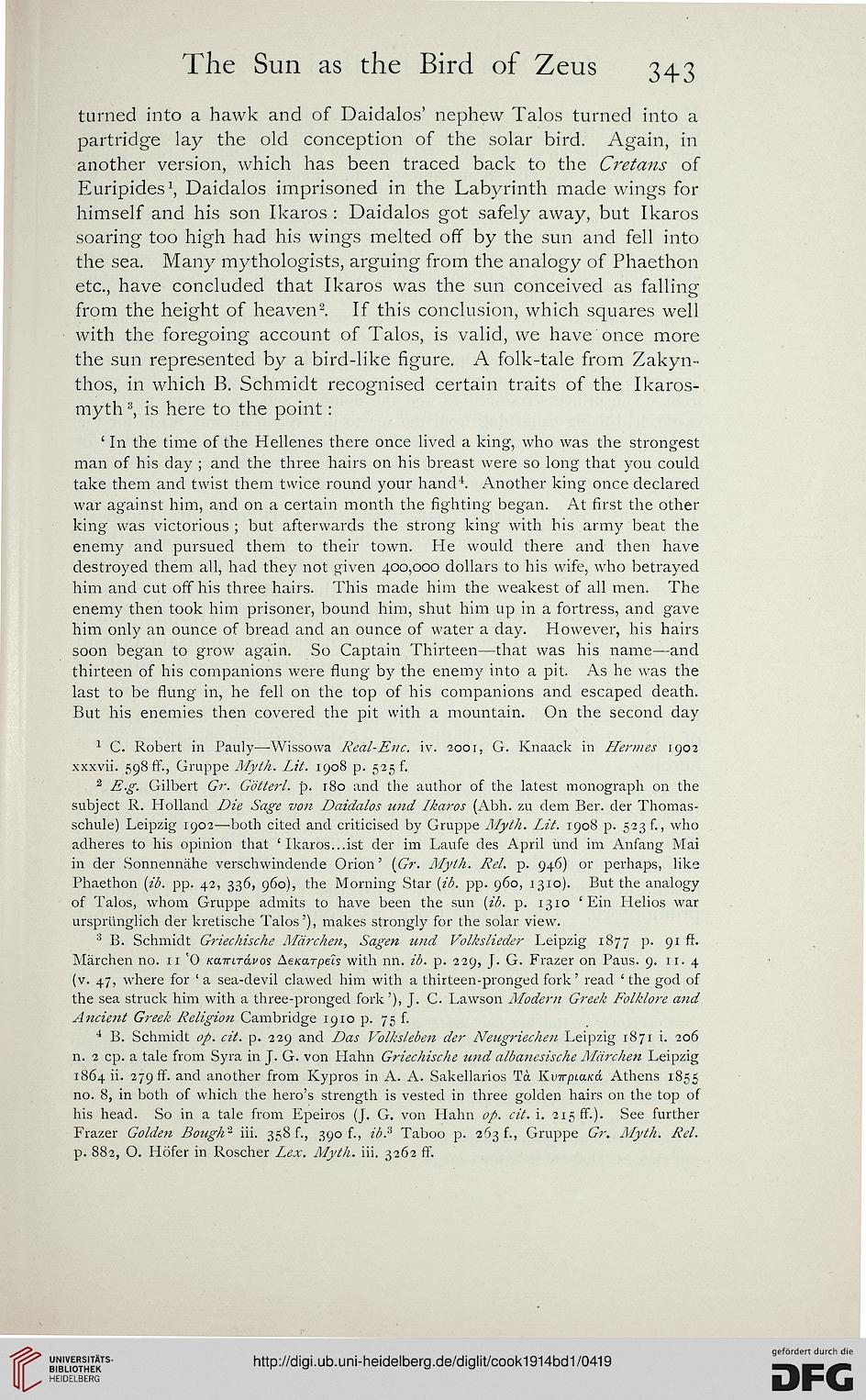 turned into a hawk and of Daidalos' nephew Talos turned into a
partridge lay the old conception of the solar bird. Again, in
another version, which has been traced back to the Cretans of
Euripides1, Daidalos imprisoned in the Labyrinth made wings for
himself and his son Ikaros : Daidalos got safely away, but Ikaros
soaring too high had his wings melted off by the sun and fell into
the sea. Many mythologists, arguing from the analogy of Phaethon
etc., have concluded that Ikaros was the sun conceived as falling
from the height of heaven2. If this conclusion, which squares well
with the foregoing account of Talos, is valid, we have once more
the sun represented by a bird-like figure. A folk-tale from Zakyn-
thos, in which B. Schmidt recognised certain traits of the Ikaros-
myth3, is here to the point:

' In the time of the Hellenes there once lived a king, who was the strongest
man of his day ; and the three hairs on his breast were so long that you could
take them and twist them twice round your hand4. Another king once declared
war against him, and on a certain month the fighting began. At first the other
king was victorious ; but afterwards the strong king with his army beat the
enemy and pursued them to their town. He would there and then have
destroyed them all, had they not given 400,000 dollars to his wife, who betrayed
him and cut off his three hairs. This made him the weakest of all men. The
enemy then took him prisoner, bound him, shut him up in a fortress, and gave
him only an ounce of bread and an ounce of water a day. However, his hairs
soon began to grow again. So Captain Thirteen—that was his name—and
thirteen of his companions were flung by the enemy into a pit. As he was the
last to be flung in, he fell on the top of his companions and escaped death.
But his enemies then covered the pit with a mountain. On the second day