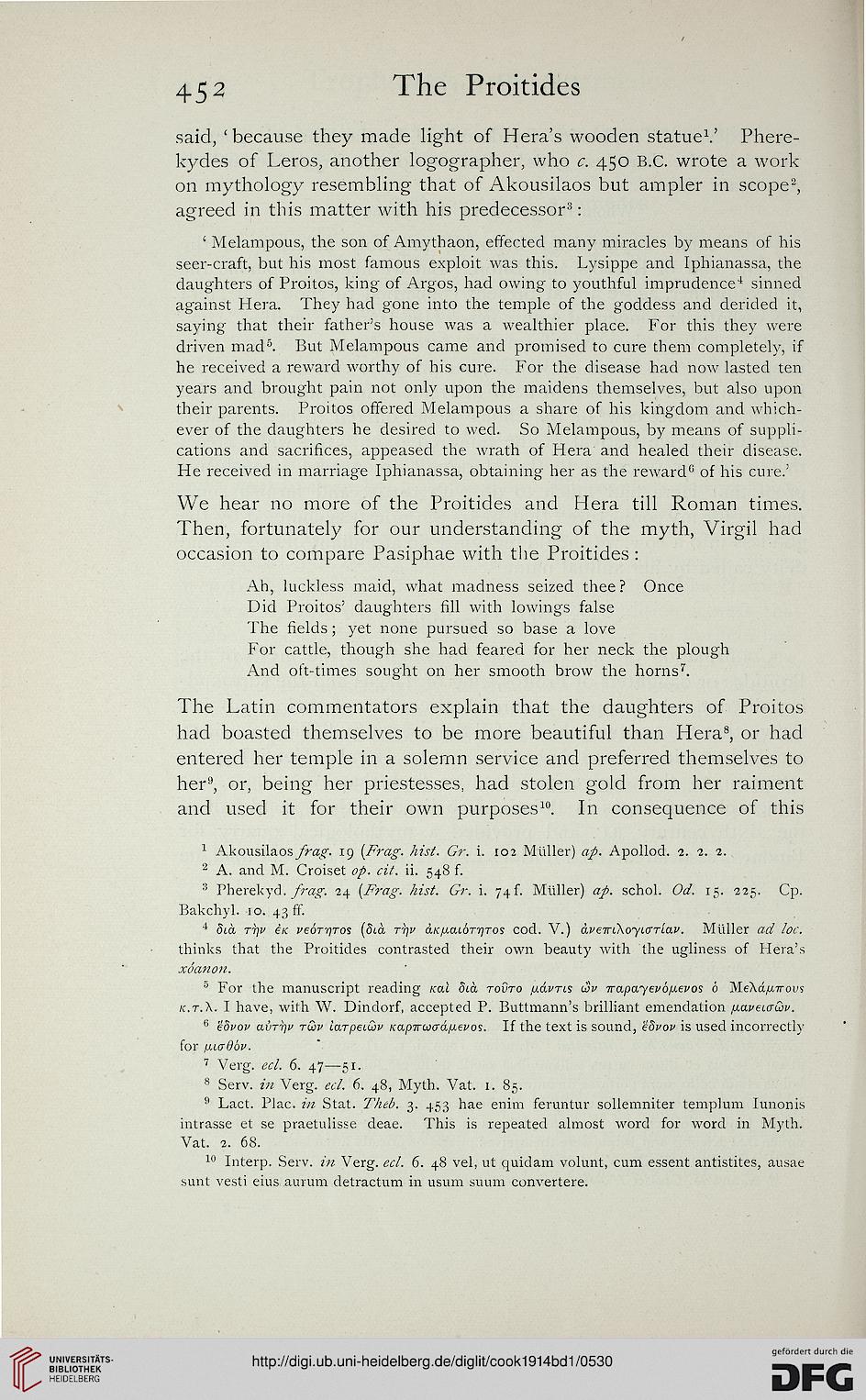 said, 'because they made light of Hera's wooden statue1.' Phere-
kydes of Leros, another logographer, who c. 450 B.C. wrote a work
on mythology resembling that of Akousilaos but ampler in scope2,
agreed in this matter with his predecessor3:

' Melampous, the son of Amythaon, effected many miracles by means of his
seer-craft, but his most famous exploit was this. Lysippe and Iphianassa, the
daughters of Proitos, king of Argos, had owing to youthful imprudence4 sinned
against Hera. They had gone into the temple of the goddess and derided it,
saying that their father's house was a wealthier place. For this they were
driven mad5. But Melampous came and promised to cure them completely, if
he received a reward worthy of his cure. For the disease had now lasted ten
years and brought pain not only upon the maidens themselves, but also upon
their parents. Proitos offered Melampous a share of his kingdom and which-
ever of the daughters he desired to wed. So Melampous, by means of suppli-
cations and sacrifices, appeased the wrath of Hera and healed their disease.
He received in marriag'e Iphianassa, obtaining her as the reward0 of his cure.'

We hear no more of the Proitides and Hera till Roman times.
Then, fortunately for our understanding of the myth, Virgil had
occasion to compare Pasiphae with the Proitides :

The fields; yet none pursued so base a love

For cattle, though she had feared for her neck the plough

And oft-times sought on her smooth brow the horns7.

The Latin commentators explain that the daughters of Proitos
had boasted themselves to be more beautiful than Hera8, or had
entered her temple in a solemn service and preferred themselves to
her9, or, being her priestesses, had stolen gold from her raiment
and used it for their own purposes10. In consequence of this