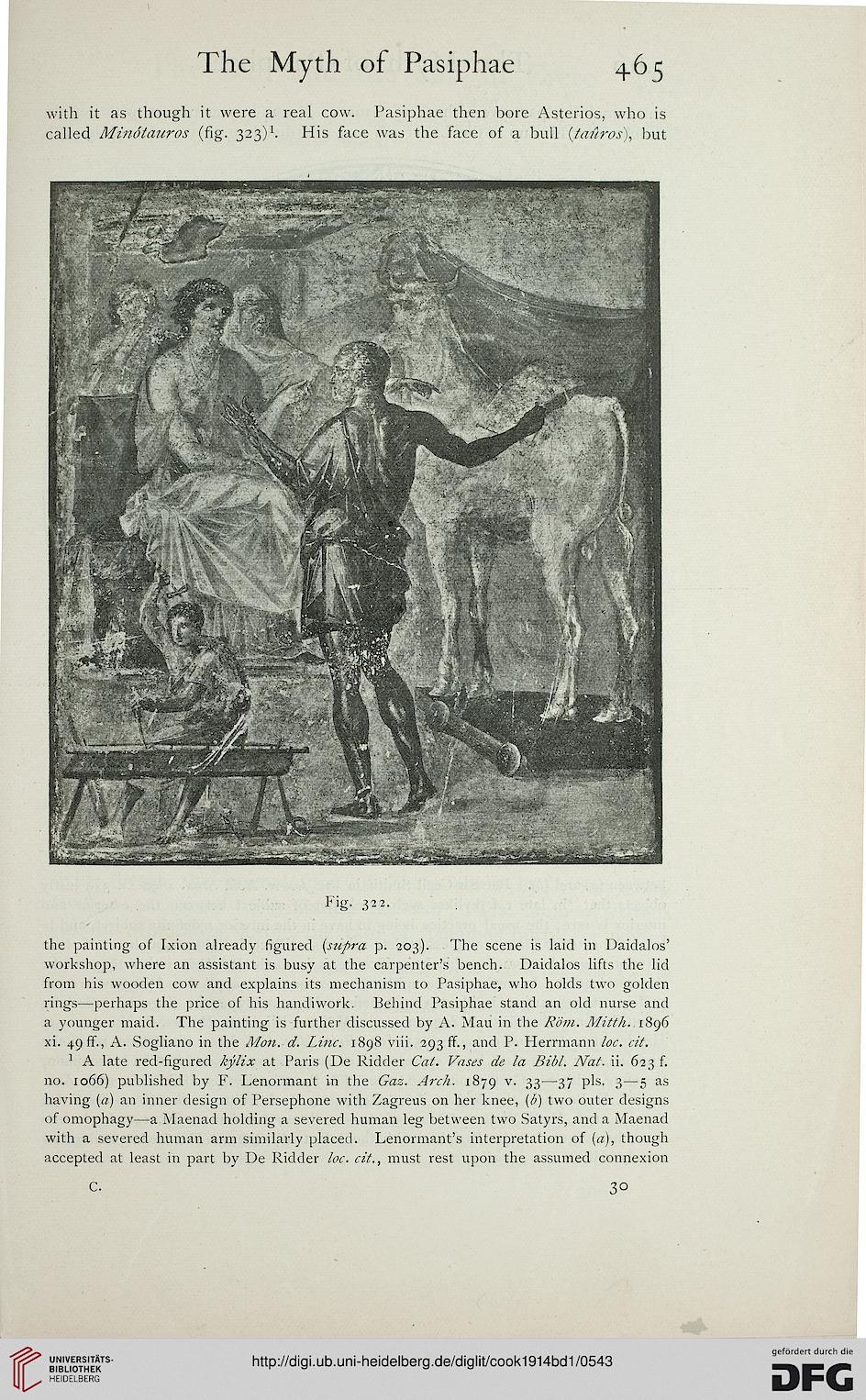 Information about OCR text
The Myth of Pasiphae 465

with it as though it were a real cow. Pasiphae then bore Asterios, who is
called Mindtauros (fig. 323)*. His face was the face of a bull {tauros), but

the painting of Ixion already figured (supra p. 203). The scene is laid in Daidalos'
workshop, where an assistant is busy at the carpenter's bench. Daidalos lifts the lid
from his wooden cow and explains its mechanism to Pasiphae, who holds two golden
rings—perhaps the price of his handiwork. Behind Pasiphae stand an old nurse and
a younger maid. The painting is further discussed by A. Mau in the Rom. Mitth. 1896
xi. 49 ff., A. Sogliano in the Mon. d. Line. 1898 viii. 293 ff., and P. Herrmann loc. cit.

1 A late red-figured kylix at Paris (De Ridder Cat. Vases de la Bibl. Nat. ii. 623 f.
no. 1066) published by F. Lenormant in the Gaz. Arch. 1879 v. 33—37 pis. 3—5 as
having (a) an inner design of Persephone with Zagreus on her knee, (b) two outer designs
of omophagy—a Maenad holding a severed human leg between two Satyrs, and a Maenad
with a severed human arm similarly placed. Lenormant's interpretation of (a), though
accepted at least in part by De Ridder loc. cit., must rest upon the assumed connexion