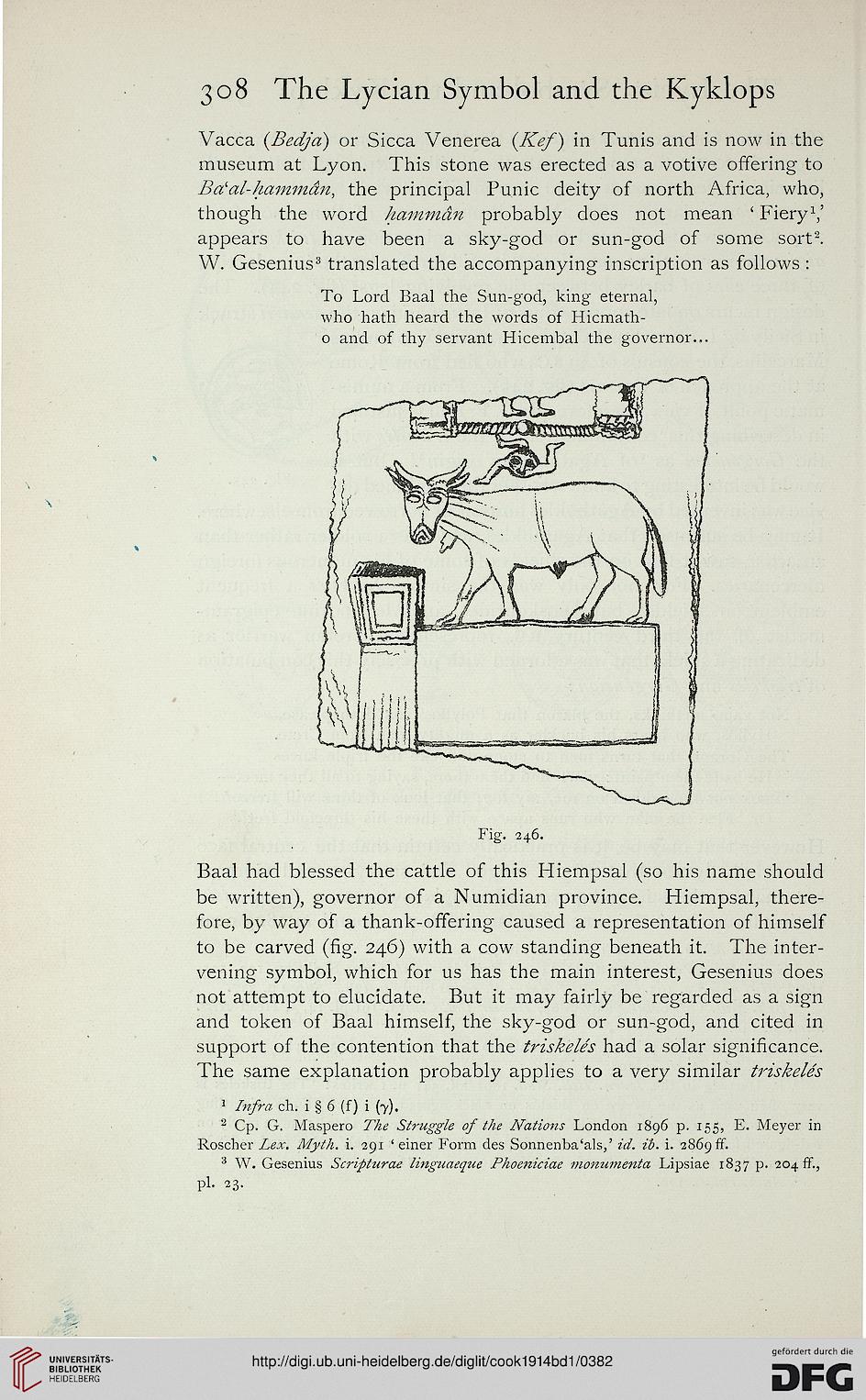 Information about OCR text
308 The Lycian Symbol and the Kyklops

Vacca (Bedja) or Sicca Venerea {Kef) in Tunis and is now in the
museum at Lyon. This stone was erected as a votive offering to
Ba'al-kammdn, the principal Punic deity of north Africa, who,
though the word hammdn probably does not mean 'Fiery1,'
appears to have been a sky-god or sun-god of some sort2.
W. Gesenius3 translated the accompanying inscription as follows :

who hath heard the words of Hicmath-

o and of thy servant Hicembal the governor...

Baal had blessed the cattle of this Hiempsal (so his name should
be written), governor of a Numidian province. Hiempsal, there-
fore, by way of a thank-offering caused a representation of himself
to be carved (fig. 246) with a cow standing beneath it. The inter-
vening symbol, which for us has the main interest, Gesenius does
not attempt to elucidate. But it may fairly be regarded as a sign
and token of Baal himself, the sky-god or sun-god, and cited in
support of the contention that the triskeles had a solar significance.
The same explanation probably applies to a very similar triskeles