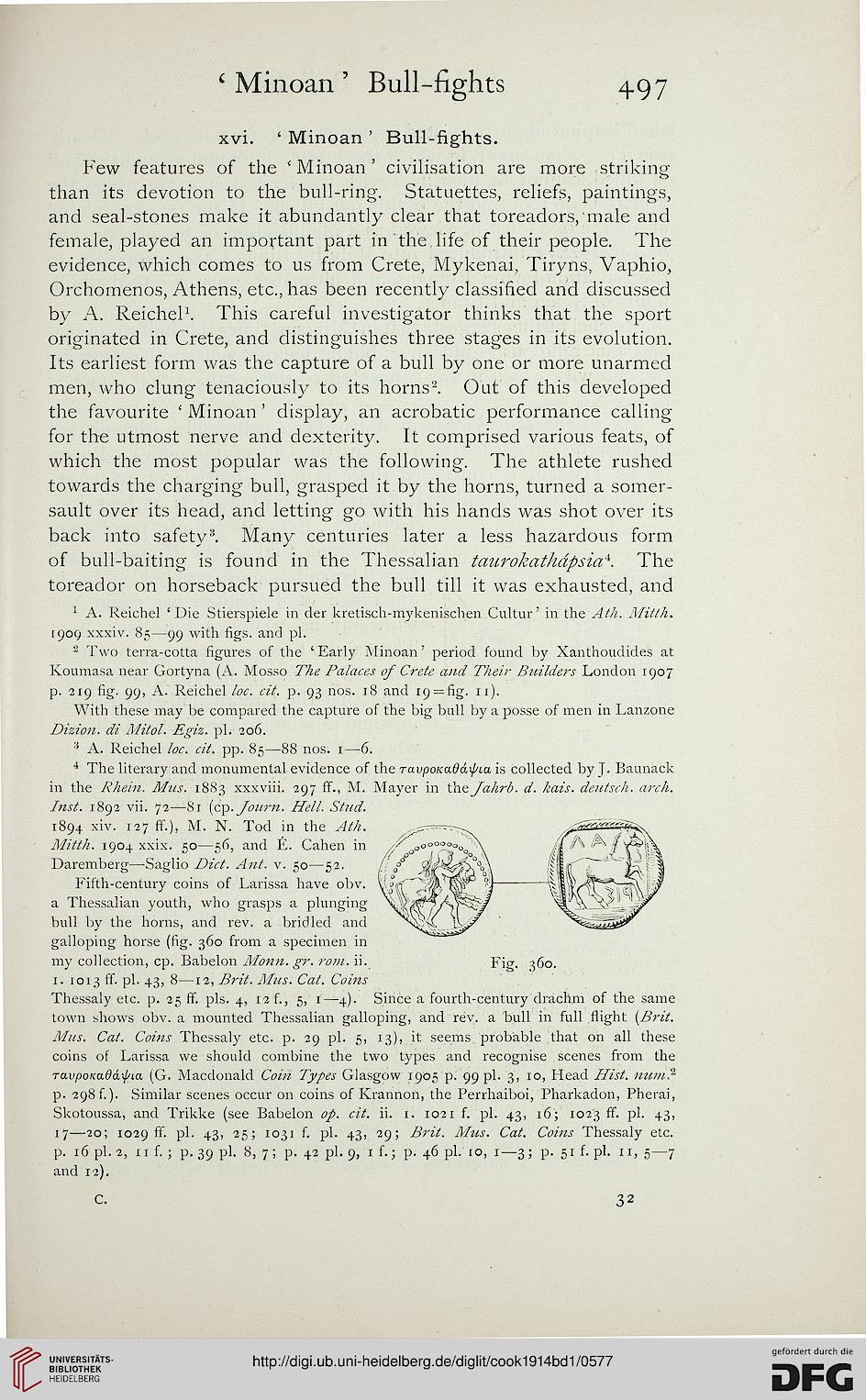 Few features of the 'Minoan' civilisation are more striking
than its devotion to the bull-ring. Statuettes, reliefs, paintings,
and seal-stones make it abundantly clear that toreadors, male and
female, played an important part in the life of their people. The
evidence, which comes to us from Crete, Mykenai, Tiryns, Vaphio,
Orchomenos, Athens, etc., has been recently classified and discussed
by A. Reichel1. This careful investigator thinks that the sport
originated in Crete, and distinguishes three stages in its evolution.
Its earliest form was the capture of a bull by one or more unarmed
men, who clung tenaciously to its horns2. Out of this developed
the favourite ' Minoan ' display, an acrobatic performance calling
for the utmost nerve and dexterity. It comprised various feats, of
which the most popular was the following. The athlete rushed
towards the charging bull, grasped it by the horns, turned a somer-
sault over its head, and letting go with his hands was shot over its
back into safety3. Many centuries later a less hazardous form
of bull-baiting is found in the Thessalian taurokathdpsia4-. The
toreador on horseback pursued the bull till it was exhausted, and

With these may be compared the capture of the big bull by a posse of men in Lanzone
Dizion. di Mitol. Egiz. pi. 206.

Fifth-century coins of Larissa have obv.
a Thessalian youth, who grasps a plunging
bull by the horns, and rev. a bridled and
galloping horse (fig. 360 from a specimen in
my collection, cp. Babelon Monn. gr. rom. ii. Fig. 360.