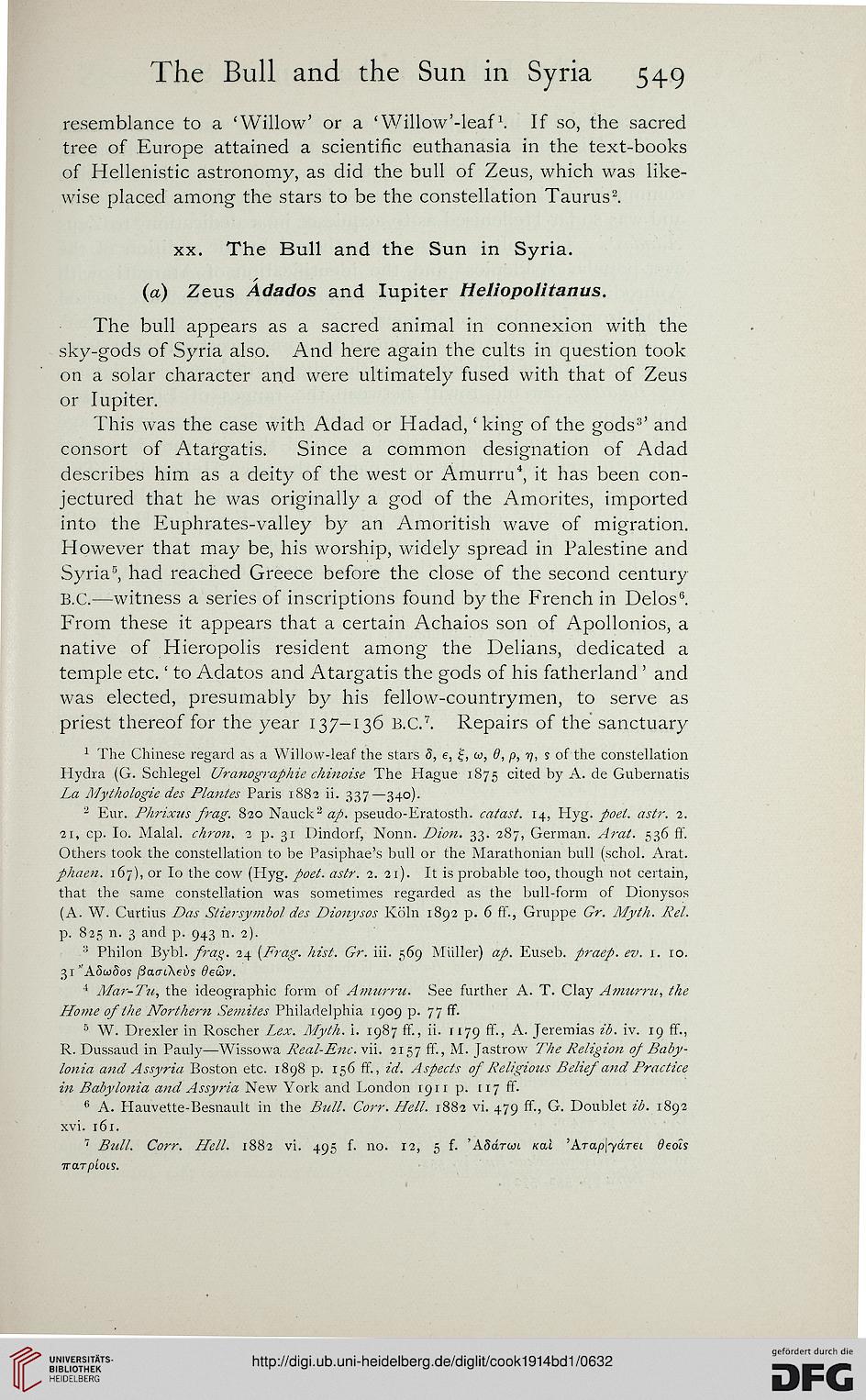 resemblance to a 'Willow' or a 'Willow'-leaf\ If so, the sacred
tree of Europe attained a scientific euthanasia in the text-books
of Hellenistic astronomy, as did the bull of Zeus, which was like-
wise placed among the stars to be the constellation Taurus2.

xx. The Bull and the Sun in Syria.

The bull appears as a sacred animal in connexion with the
sky-gods of Syria also. And here again the cults in question took
on a solar character and were ultimately fused with that of Zeus
or Iupiter.

This was the case with Adad or Hadad, * king of the gods3' and
consort of Atargatis. Since a common designation of Adad
describes him as a deity of the west or Amurru4, it has been con-
jectured that he was originally a god of the Amorites, imported
into the Euphrates-valley by an Amoritish wave of migration.
However that may be, his worship, widely spread in Palestine and
Syria5, had reached Greece before the close of the second century
B.C.—witness a series of inscriptions found by the French in Delos6.
From these it appears that a certain Achaios son of Apollonios, a
native of Hieropolis resident among the Delians, dedicated a
temple etc.' to Adatos and Atargatis the gods of his fatherland ' and
was elected, presumably by his fellow-countrymen, to serve as
priest thereof for the year 137-136 B.C.7. Repairs of the sanctuary