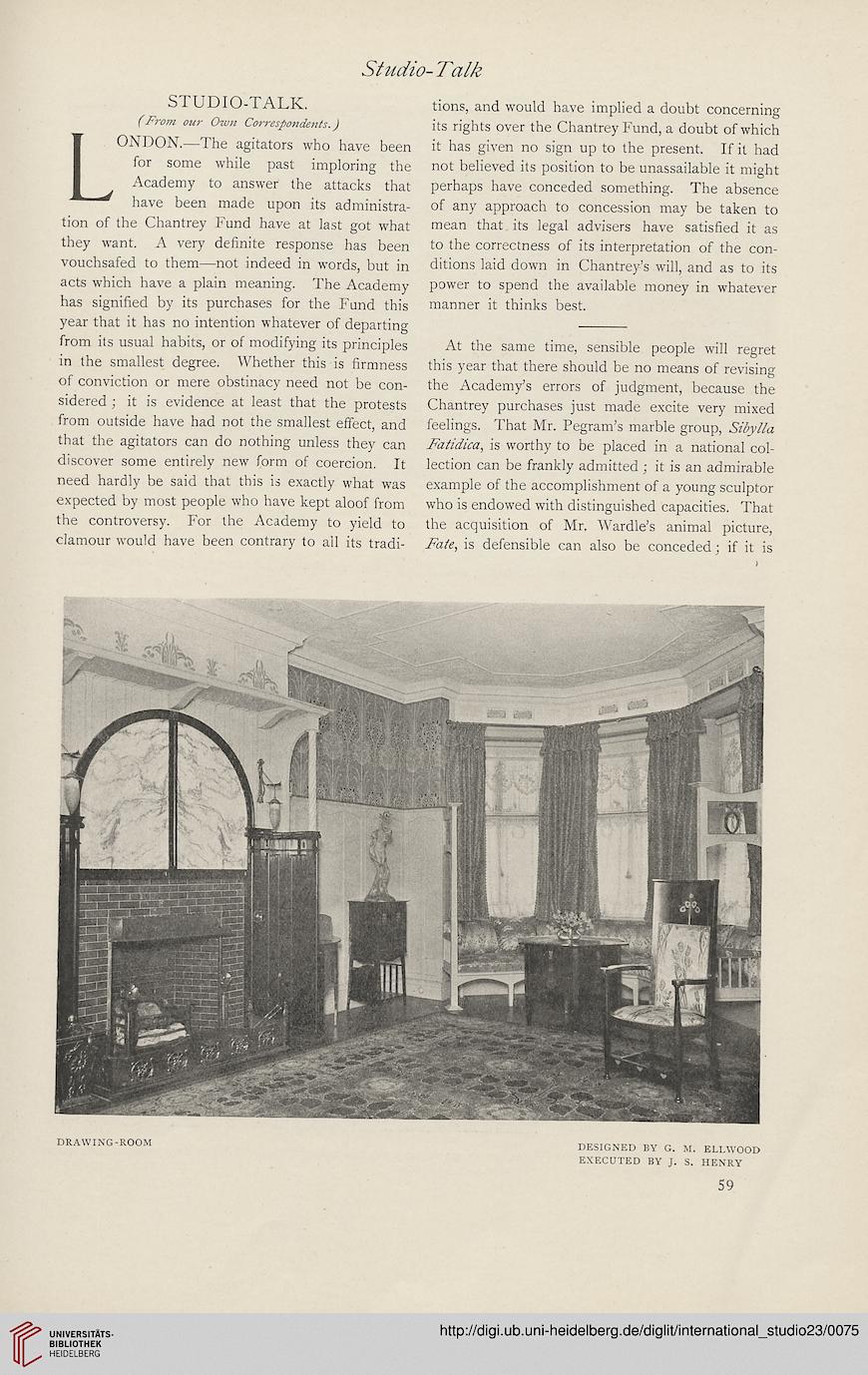 STUDIO-TALK.
(From our Own Correspondents.)
ONDON.—The agitators who have been
for some while past imploring the
Academy to answer the attacks that
have been made upon its administra-
tion of the Chantrey Fund have at last got what
they want. A very definite response has been
vouchsafed to them—not indeed in words, but in
acts which have a plain meaning. The Academy
has signified by its purchases for the Fund this
year that it has no intention whatever of departing
from its usual habits, or of modifying its principles
in the smallest degree. Whether this is firmness
of conviction or mere obstinacy need not be con-
sidered ; it is evidence at least that the protests
from outside have had not the smallest effect, and
that the agitators can do nothing unless they can
discover some entirely new form of coercion. It
need hardly be said that this is exactly what was
expected by most people who have kept aloof from
the controversy. For the Academy to yield to
clamour would have been contrary to all its tradi-

tions, and would have implied a doubt concerning
its rights over the Chantrey Fund, a doubt of which
it has given no sign up to the present. If it had
not believed its position to be unassailable it might
perhaps have conceded something. The absence
of any approach to concession may be taken to
mean that its legal advisers have satisfied it as
to the correctness of its interpretation of the con-
ditions laid down in Chantrey’s will, and as to its
power to spend the available money in whatever
manner it thinks best.

At the same time, sensible people will regret
this year that there should be no means of revising
the Academy’s errors of judgment, because the
Chantrey purchases just made excite very mixed
feelings. That Mr. Pegram’s marble group, Sibylla
Fatidica, is worthy to be placed in a national col-
lection can be frankly admitted ; it is an admirable
example of the accomplishment of a young sculptor
who is endowed with distinguished capacities. That
the acquisition of Mr. Wardle’s animal picture,
Fate, is defensible can also be conceded; if it is