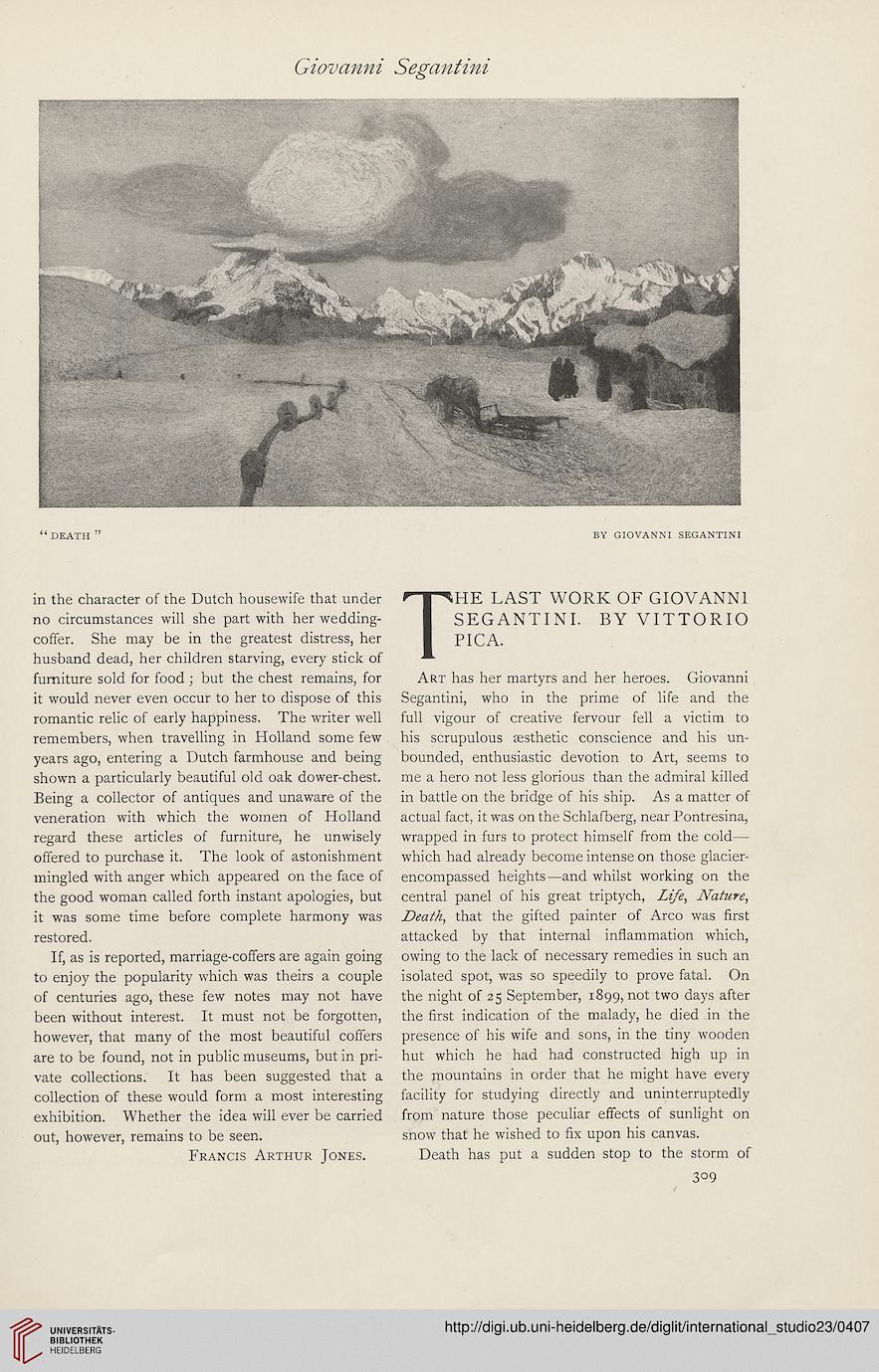 in the character of the Dutch housewife that under
no circumstances will she part with her wedding-
coffer. She may be in the greatest distress, her
husband dead, her children starving, every stick of
furniture sold for food ; but the chest remains, for
it would never even occur to her to dispose of this
romantic relic of early happiness. The writer well
remembers, when travelling in Holland some few
years ago, entering a Dutch farmhouse and being
shown a particularly beautiful old oak dower-chest.
Being a collector of antiques and unaware of the
veneration with which the women of Holland
regard these articles of furniture, he unwisely
offered to purchase it. The look of astonishment
mingled with anger which appeared on the face of
the good woman called forth instant apologies, but
it was some time before complete harmony was
restored.
If, as is reported, marriage-coffers are again going
to enjoy the popularity which was theirs a couple
of centuries ago, these few notes may not have
been without interest. It must not be forgotten,
however, that many of the most beautiful coffers
are to be found, not in public museums, but in pri-
vate collections. It has been suggested that a
collection of these would form a most interesting
exhibition. Whether the idea will ever be carried
out, however, remains to be seen.
Francis Arthur Jones.

The last work of giovanni
SEGANTINI. BY VITTORIO
PICA.
Art has her martyrs and her heroes. Giovanni
Segantini, who in the prime of life and the
full vigour of creative fervour fell a victim to
his scrupulous aesthetic conscience and his un-
bounded, enthusiastic devotion to Art, seems to
me a hero not less glorious than the admiral killed
in battle on the bridge of his ship. As a matter of
actual fact, it was on the Schlafberg, near Pontresina,
wrapped in furs to protect himself from the cold—
which had already become intense on those glacier-
encompassed heights—and whilst working on the
central panel of his great triptych, Life, Nature,
Death, that the gifted painter of Arco was first
attacked by that internal inflammation which,
owing to the lack of necessary remedies in such an
isolated spot, was so speedily to prove fatal. On
the night of 25 September, 1899, not two days after
the first indication of the malady, he died in the
presence of his wife and sons, in the tiny wooden
hut which he had had constructed high up in
the mountains in order that he might have every
facility for studying directly and uninterruptedly
from nature those peculiar effects of sunlight on
snow that he wished to fix upon his canvas.
Death has put a sudden stop to the storm of
309