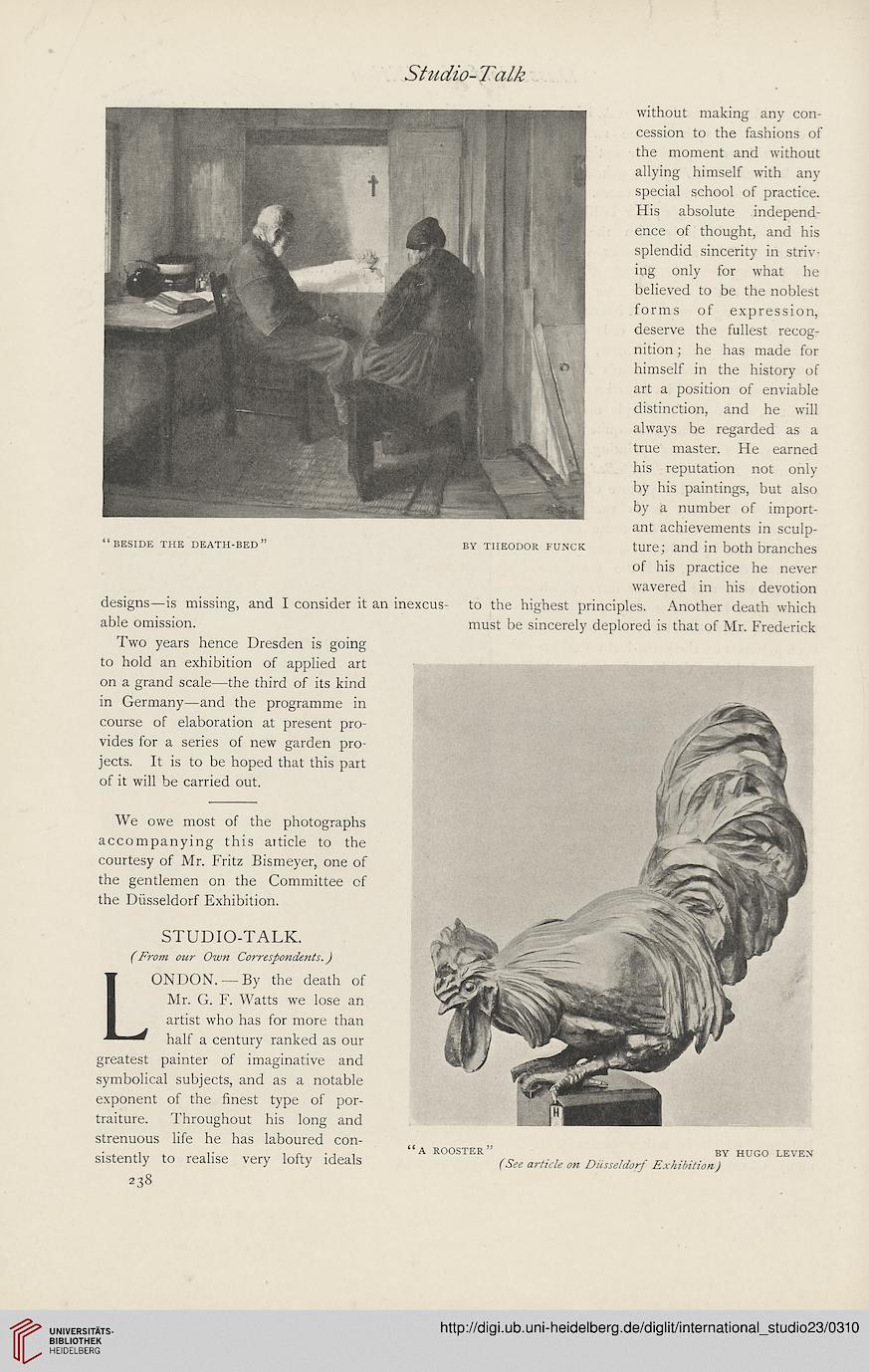 without making any con-
cession to the fashions of
the moment and without
allying himself with any
special school of practice.
His absolute independ-
ence of thought, and his
splendid sincerity in striv-
ing only for what he
believed to be the noblest
forms of expression,
deserve the fullest recog-
nition ; he has made for
himself in the history of
art a position of enviable
distinction, and he will
always be regarded as a
true master. He earned
his reputation not only
by his paintings, but also
by a number of import-
ant achievements in sculp-
“beside the death-bed” by THEODOR funck ture; and in both branches
of his practice he never
wavered in his devotion
designs—is missing, and I consider it an inexcus- to the highest principles. Another death which
able omission. must be sincerely deplored is that of Mr. Frederick
Two years hence Dresden is going
to hold an exhibition of applied art
on a grand scale—the third of its kind
in Germany—and the programme in
course of elaboration at present pro-
vides for a series of new garden pro-
jects. It is to be hoped that this part
of it will be carried out.

“a ROOSTER” BY HUGO LEVEN
(See article on Diisseldorf Exhibition)

We owe most of the photographs
accompanying this aiticle to the
courtesy of Mr. Fritz Bismeyer, one of
the gentlemen on the Committee of
the Diisseldorf Exhibition.

(From our Own Correspondents.)

LONDON. — By the death of
Mr. G. F. Watts we lose an
artist who has for more than
half a century ranked as our
greatest painter of imaginative and
symbolical subjects, and as a notable
exponent of the finest type of por-
traiture. Throughout his long and
strenuous life he has laboured con-
sistently to realise very lofty ideals
238