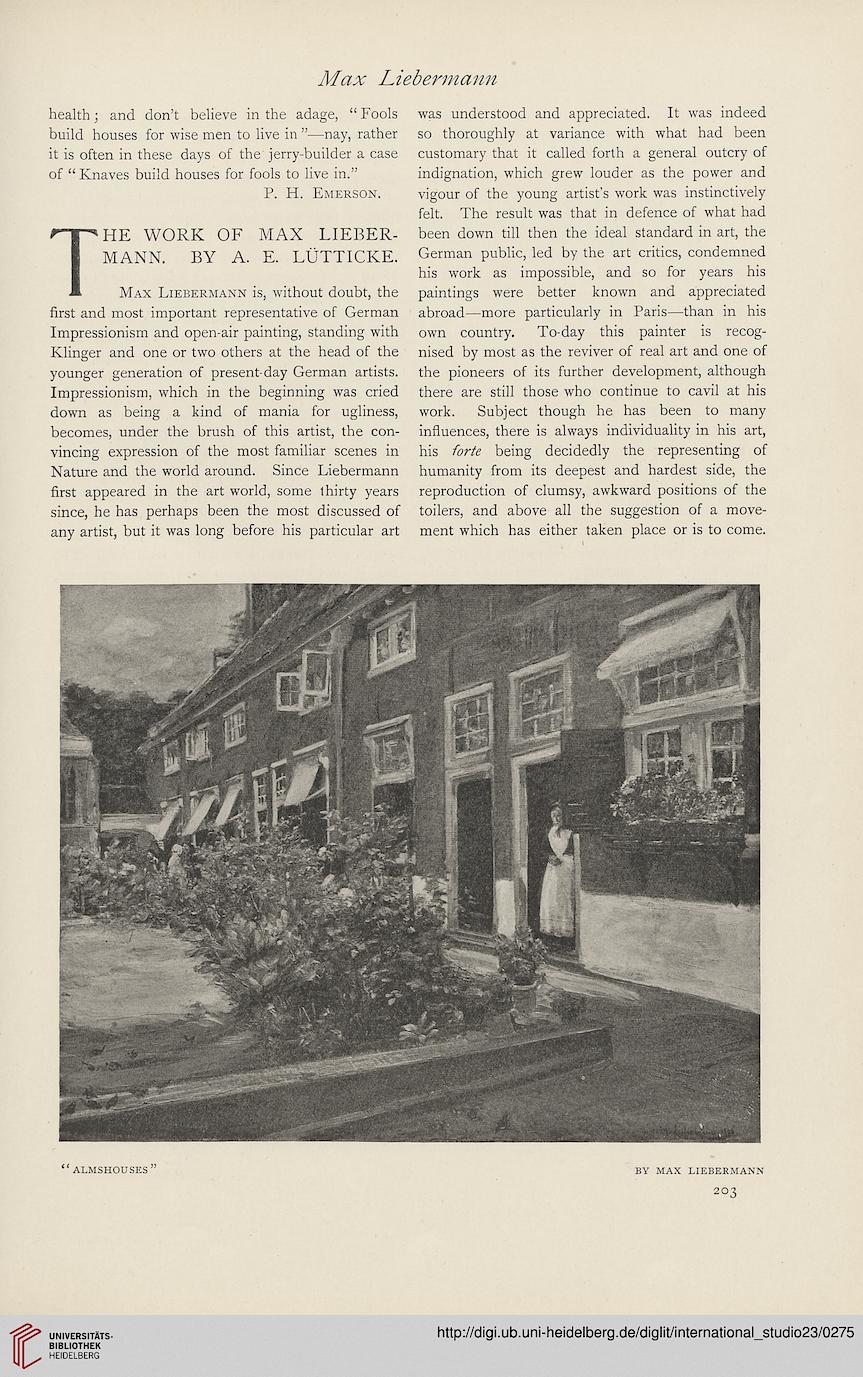 health; and don’t believe in the adage, “ Fools
build houses for wise men to live in ”—nay, rather
it is often in these days of the jerry-builder a case
of “ Knaves build houses for fools to live in.”
P. H. Emerson.

The work of max lieber-
mann. BY A. E. LUTTICKE.
Max Liebermann is, without doubt, the
first and most important representative of German
Impressionism and open-air painting, standing with
Klinger and one or two others at the head of the
younger generation of present-day German artists.
Impressionism, which in the beginning was cried
down as being a kind of mania for ugliness,
becomes, under the brush of this artist, the con-
vincing expression of the most familiar scenes in
Nature and the world around. Since Liebermann
first appeared in the art world, some thirty years
since, he has perhaps been the most discussed of
any artist, but it was long before his particular art

was understood and appreciated. It was indeed
so thoroughly at variance with what had been
customary that it called forth a general outcry of
indignation, which grew louder as the power and
vigour of the young artist's work was instinctively
felt. The result was that in defence of what had
been down till then the ideal standard in art, the
German public, led by the art critics, condemned
his work as impossible, and so for years his
paintings were better known and appreciated
abroad—more particularly in Paris—than in his
own country. To-day this painter is recog-
nised by most as the reviver of real art and one of
the pioneers of its further development, although
there are still those who continue to cavil at his
work. Subject though he has been to many
influences, there is always individuality in his art,
his forte being decidedly the representing of
humanity from its deepest and hardest side, the
reproduction of clumsy, awkward positions of the
toilers, and above all the suggestion of a move-
ment which has either taken place or is to come.