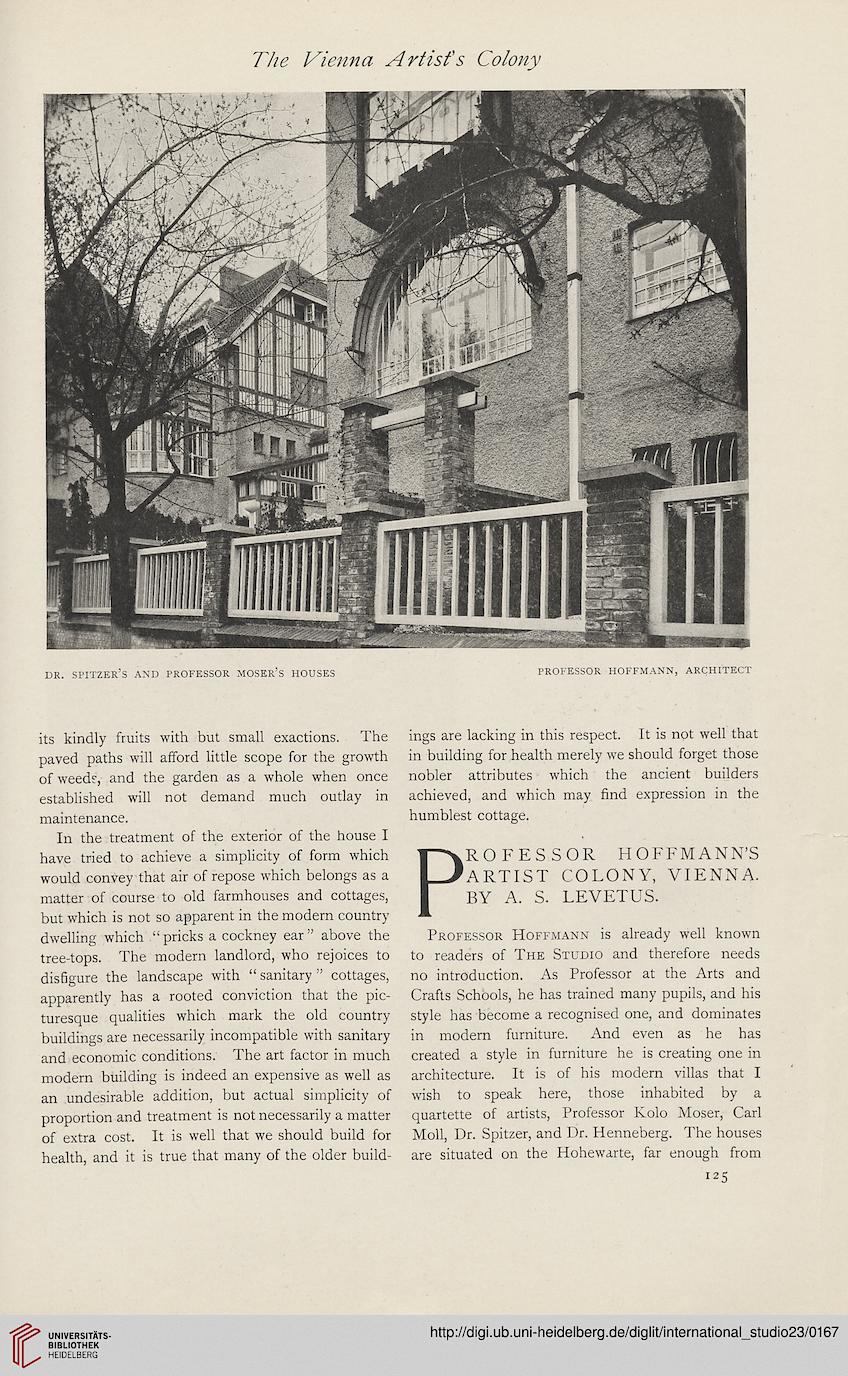 its kindly fruits with but small exactions. The
paved paths will afford little scope for the growth
of weeds, and the garden as a whole when once
established will not demand much outlay in
maintenance.
In the treatment of the exterior of the house I
have tried to achieve a simplicity of form which
would convey that air of repose which belongs as a
matter of course to old farmhouses and cottages,
but which is not so apparent in the modern country
dwelling which “ pricks a cockney ear ” above the
tree-tops. The modern landlord, who rejoices to
disfigure the landscape with “ sanitary ” cottages,
apparently has a rooted conviction that the pic-
turesque qualities which mark the old country
buildings are necessarily incompatible with sanitary
and economic conditions. The art factor in much
modern building is indeed an expensive as well as
an undesirable addition, but actual simplicity of
proportion and treatment is not necessarily a matter
of extra cost. It is well that we should build for
health, and it is true that many of the older build-

ings are lacking in this respect. It is not well that
in building for health merely we should forget those
nobler attributes which the ancient builders
achieved, and which may find expression in the
humblest cottage.
PROFESSOR HOFFMANN’S
ARTIST COLONY, VIENNA.
BY A. S. LEVETUS.
Professor Hoffmann is already well known
to readers of The Studio and therefore needs
no introduction. As Professor at the Arts and
Crafts Schools, he has trained many pupils, and his
style has become a recognised one, and dominates
in modern furniture. And even as he has
created a style in furniture he is creating one in
architecture. It is of his modern villas that I
wish to speak here, those inhabited by a
quartette of artists, Professor Kolo Moser, Carl
Moll, Dr. Spitzer, and Dr. Henneberg. The houses
are situated on the Hohewarte, far enough from
125