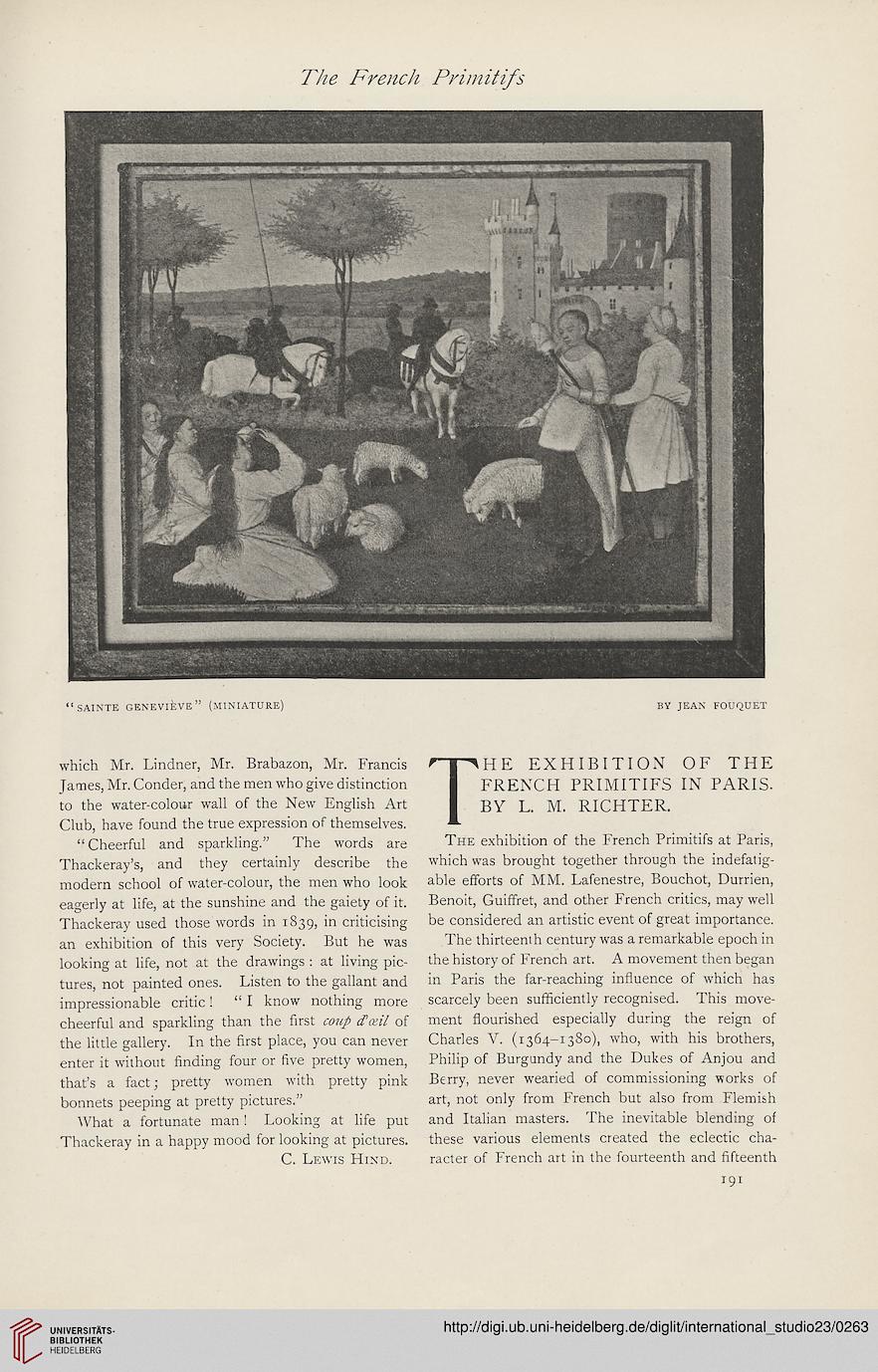 which Mr. Lindner, Mr. Brabazon, Mr. Francis
James, Mr. Conder, and the men who give distinction
to the water-colour wall of the New English Art
Club, have found the true expression of themselves.
“Cheerful and sparkling.” The words are
Thackeray’s, and they certainly describe the
modern school of water-colour, the men who look
eagerly at life, at the sunshine and the gaiety of it.
Thackeray used those words in 1S39, in criticising
an exhibition of this very Society. But he was
looking at life, not at the drawings : at living pic-
tures, not painted ones. Listen to the gallant and
impressionable critic ! “ I know nothing more
cheerful and sparkling than the first coup cToiil of
the little gallery. In the first place, you can never
enter it without finding four or five pretty women,
that’s a fact; pretty women with pretty pink
bonnets peeping at pretty pictures.”
What a fortunate man! Looking at life put
Thackeray in a happy mood for looking at pictures.
C. Lewis Hind.

The exhibition of the
FRENCH PRIMITIFS IN PARIS.
BY L. M. RICHTER.
The exhibition of the French Primitifs at Paris,
which was brought together through the indefatig-
able efforts of MM. Lafenestre, Bouchot, Durrien,
Benoit, Guiffret, and other French critics, may well
be considered an artistic event of great importance.
The thirteenth century was a remarkable epoch in
the history of French art. A movement then began
in Paris the far-reaching influence of which has
scarcely been sufficiently recognised. This move-
ment flourished especially during the reign of
Charles V. (1364-1380), who, with his brothers,
Philip of Burgundy and the Dukes of Anjou and
Berry, never wearied of commissioning works of
art, not only from French but also from Flemish
and Italian masters. The inevitable blending of
these various elements created the eclectic cha-
racter of French art in the fourteenth and fifteenth