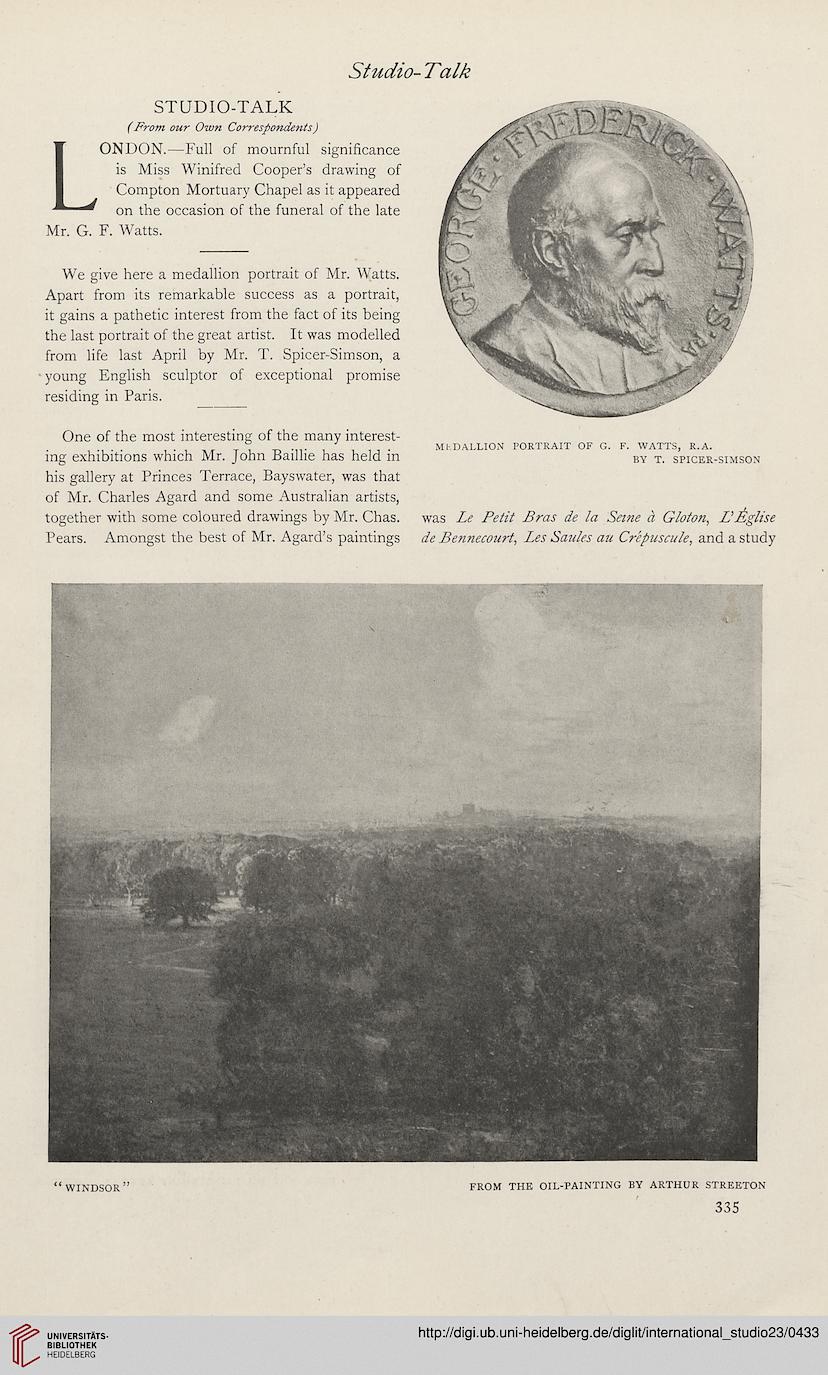 STUDIO-TALK
(From our Own Correspondents)

LONDON.—Full of mournful significance
is Miss Winifred Cooper’s drawing of
Compton Mortuary Chapel as it appeared
on the occasion of the funeral of the late
Mr. G. F. Watts.

We give here a medallion portrait of Mr. Watts.
Apart from its remarkable success as a portrait,
it gains a pathetic interest from the fact of its being
the last portrait of the great artist. It was modelled
from life last April by Mr. T. Spicer-Simson, a
young English sculptor of exceptional promise
residing in Paris.

One of the most interesting of the many interest-
ing exhibitions which Mr. John Baillie has held in
his gallery at Princes Terrace, Bayswater, was that
of Mr. Charles Agard and some Australian artists,
together with some coloured drawings by Mr. Chas.
Pears. Amongst the best of Mr. Agard’s paintings