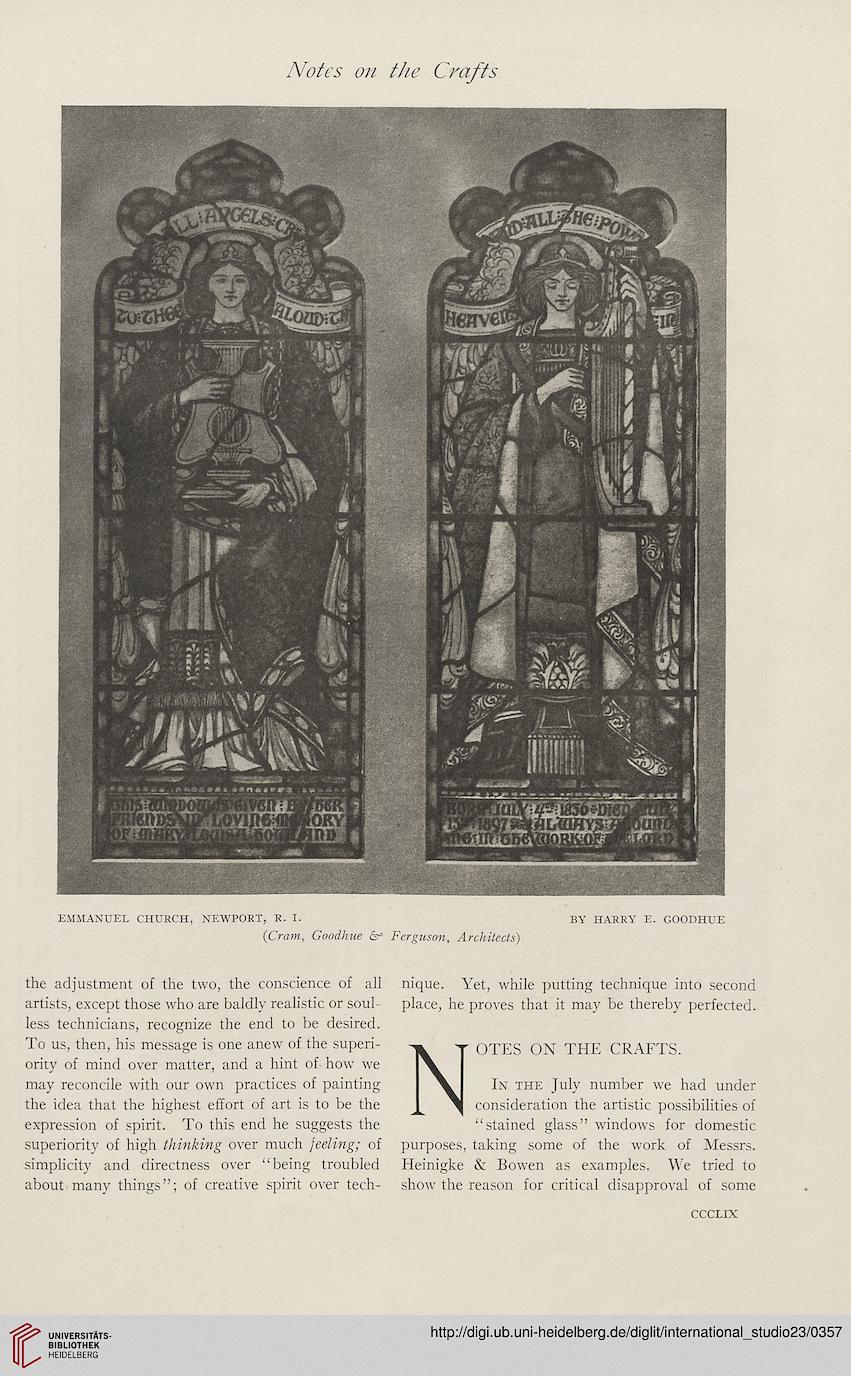 the adjustment of the two, the conscience of all
artists, except those who are baldly realistic or soul-
less technicians, recognize the end to be desired.
To us, then, his message is one anew of the superi-
ority of mind over matter, and a hint of how we
may reconcile with our own practices of painting
the idea that the highest effort of art is to be the
expression of spirit. To this end he suggests the
superiority of high thinking over much feeling; of
simplicity and directness over “being troubled
about-many things”; of creative spirit over tech-

nique. Yet, while putting technique into second
place, he proves that it may be thereby perfected.

Notes on the crafts.
In the July number we had under
consideration the artistic possibilities of
“stained glass” windows for domestic
purposes, taking some of the work of Messrs.
Heinigke & Bowen as examples. We tried to
show the reason for critical disapproval of some