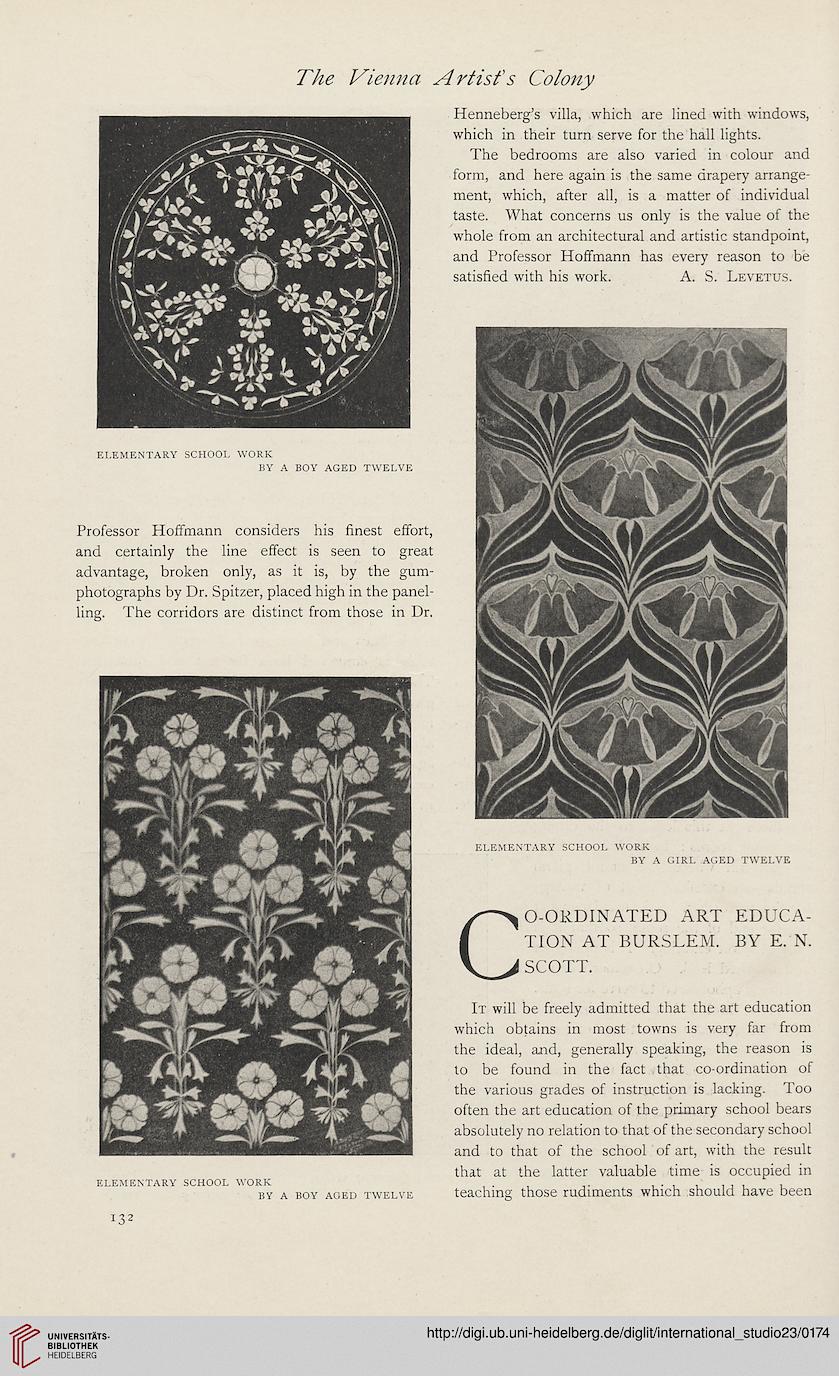 Professor Hoffmann considers his finest effort,
and certainly the line effect is seen to great
advantage, broken only, as it is, by the gum-
photographs by Dr. Spitzer, placed high in the panel-
ling. The corridors are distinct from those in Dr.

CO-ORDINATED ART EDUCA-
TION AT BURSLEM. BY E. N.
SCOTT.
It will be freely admitted that the art education
which obtains in most towns is very far from
the ideal, and, generally speaking, the reason is
to be found in the fact that co-ordination of
the various grades of instruction is lacking. Too
often the art education of the primary school bears
absolutely no relation to that of the secondary school
and to that of the school of art, with the result
that at the latter valuable time is occupied in
teaching those rudiments which should have been

Henneberg’s villa, which are lined with windows,
which in their turn serve for the hall lights.
The bedrooms are also varied in colour and
form, and here again is the same drapery arrange-
ment, which, after all, is a matter of individual
taste. What concerns us only is the value of the
whole from an architectural and artistic standpoint,
and Professor Hoffmann has every reason to be
satisfied with his work. A. S. Levetus.