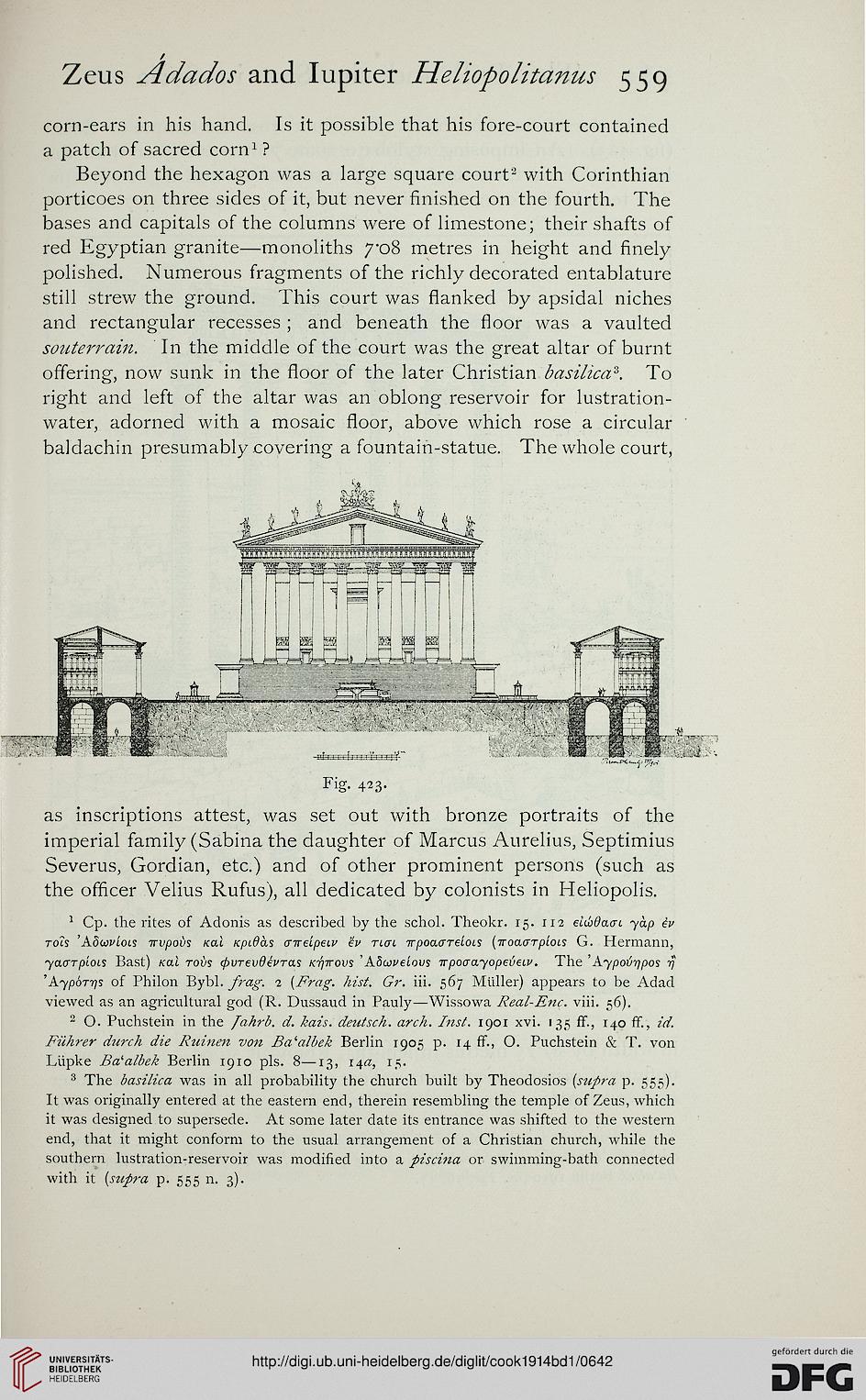 corn-ears in his hand. Is it possible that his fore-court contained
a patch of sacred corn1 ?

Beyond the hexagon was a large square court'2 with Corinthian
porticoes on three sides of it, but never finished on the fourth. The
bases and capitals of the columns were of limestone; their shafts of
red Egyptian granite—monoliths 7*08 metres in height and finely
polished. Numerous fragments of the richly decorated entablature
still strew the ground. This court was flanked by apsidal niches
and rectangular recesses ; and beneath the floor was a vaulted
souterrain. In the middle of the court was the great altar of burnt
offering, now sunk in the floor of the later Christian basilica*. To
right and left of the altar was an oblong reservoir for lustration-
water, adorned with a mosaic floor, above which rose a circular
baldachin presumably covering a fountain-statue. The whole court,

as inscriptions attest, was set out with bronze portraits of the
imperial family (Sabina the daughter of Marcus Aurelius, Septimius
Severus, Gordian, etc.) and of other prominent persons (such as
the officer Velius Rufus), all dedicated by colonists in Heliopolis.

3 The basilica was in all probability the church built by Theodosios (supra p. 555).
It was originally entered at the eastern end, therein resembling the temple of Zeus, which
it was designed to supersede. At some later date its entrance was shifted to the western
end, that it might conform to the usual arrangement of a Christian church, while the
southern lustration-reservoir was modified into a piscina or swimming-bath connected
with it {supra p. 555 n. 3).