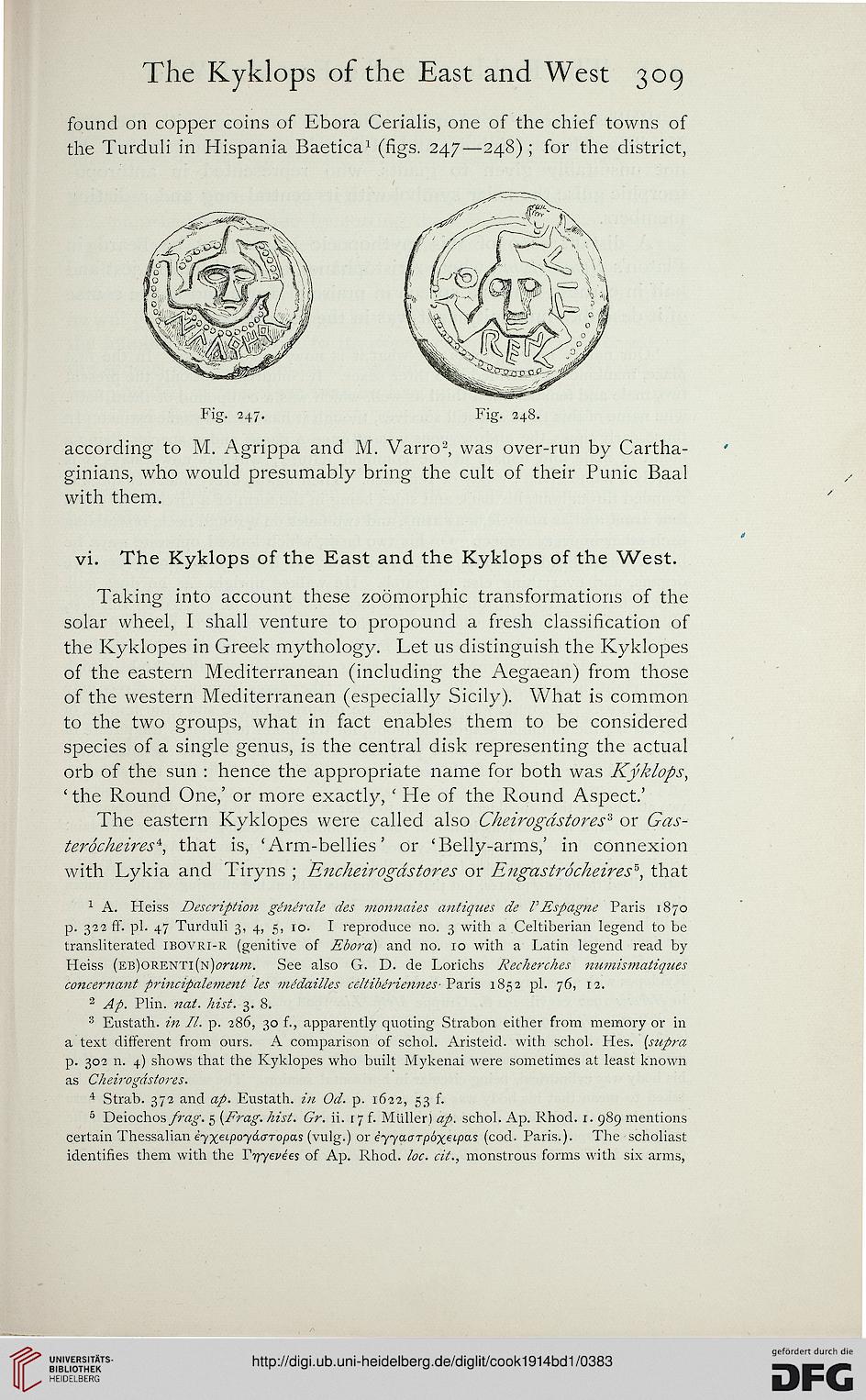 found on copper coins of Ebora Cerialis, one of the chief towns of
the Turduli in Hispania Baetica1 (figs. 247—248); for the district,

according to M. Agrippa and M. Varro2, was over-run by Cartha-
ginians, who would presumably bring the cult of their Punic Baal
with them.

Taking into account these zoomorphic transformations of the
solar wheel, I shall venture to propound a fresh classification of
the Kyklopes in Greek mythology. Let us distinguish the Kyklopes
of the eastern Mediterranean (including the Aegaean) from those
of the western Mediterranean (especially Sicily). What is common
to the two groups, what in fact enables them to be considered
species of a single genus, is the central disk representing the actual
orb of the sun : hence the appropriate name for both was Kyklops,
' the Round One,' or more exactly, ' He of the Round Aspect.'

3 Eustath. in II. p. 286, 30 f., apparently quoting Strabon either from memory or in
a text different from ours. A comparison of schol. Aristeid. with schol. Hes. (supra
p. 302 n. 4) shows that the Kyklopes who built Mykenai were sometimes at least known
as Cheirogdstores.