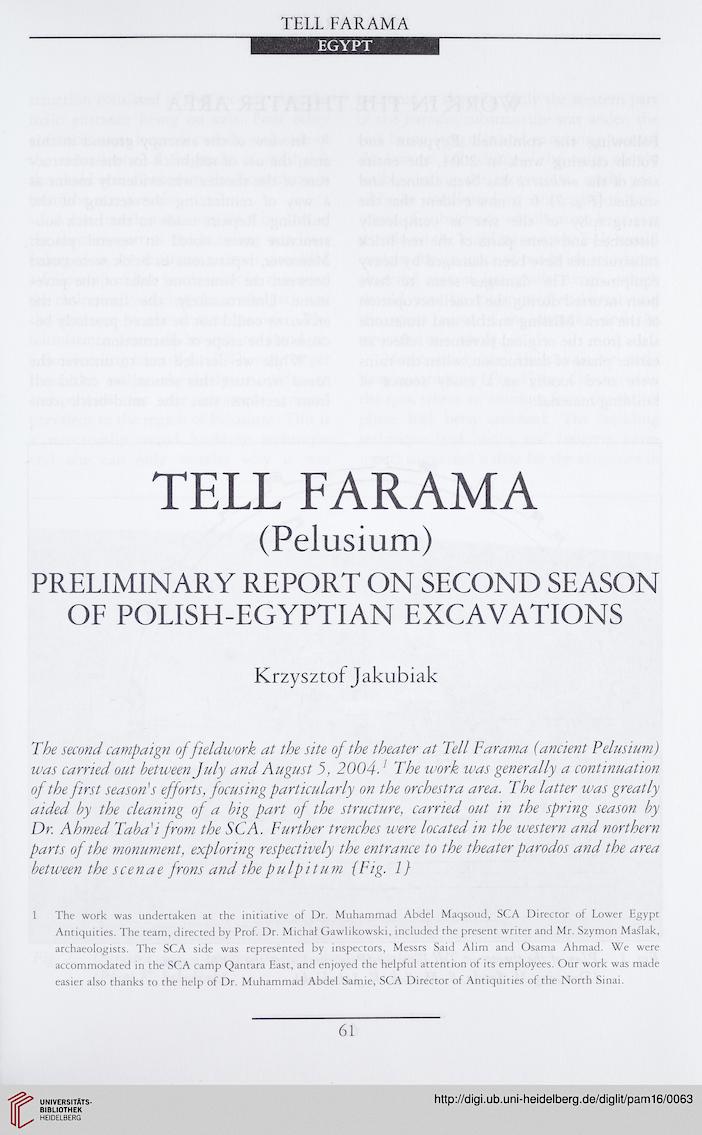 The second campaign of fieldwork at the site of the theater at Tell Farama (ancient Pelusium)
was carried out between July and August 5, 2004■1 The work was generally a continuation
of the first season's efforts, focusing particularly on the orchestra area. The latter was greatly
aided by the cleaning of a big part of the structure, carried out in the spring season by
Dr. Ahmed Taba'i from the SC A. Further trenches were located in the western and northern
parts of the monument, exploring respectively the entrance to the theater parodos and the area
betiveen the seen a e frons and the pulp it urn {Fig. 1}
1 The work was undertaken at the initiative of Dr. Muhammad Abdel Maqsoud, SCA Director of Lower Egypt
Antiquities. The team, directed by Prof. Dr. Michal Gawlikowski, included the present writer and Mr. Szymon Mas'lak,
archaeologists. The SCA side was represented by inspectors, Messrs Said Alim and Osama Ahmad. We were
accommodated in the SCA camp Qantara East, and enjoyed the helpful attention of its employees. Our work was made
easier also thanks to the help of Dr. Muhammad Abdel Samie, SCA Director of Antiquities of the North Sinai.