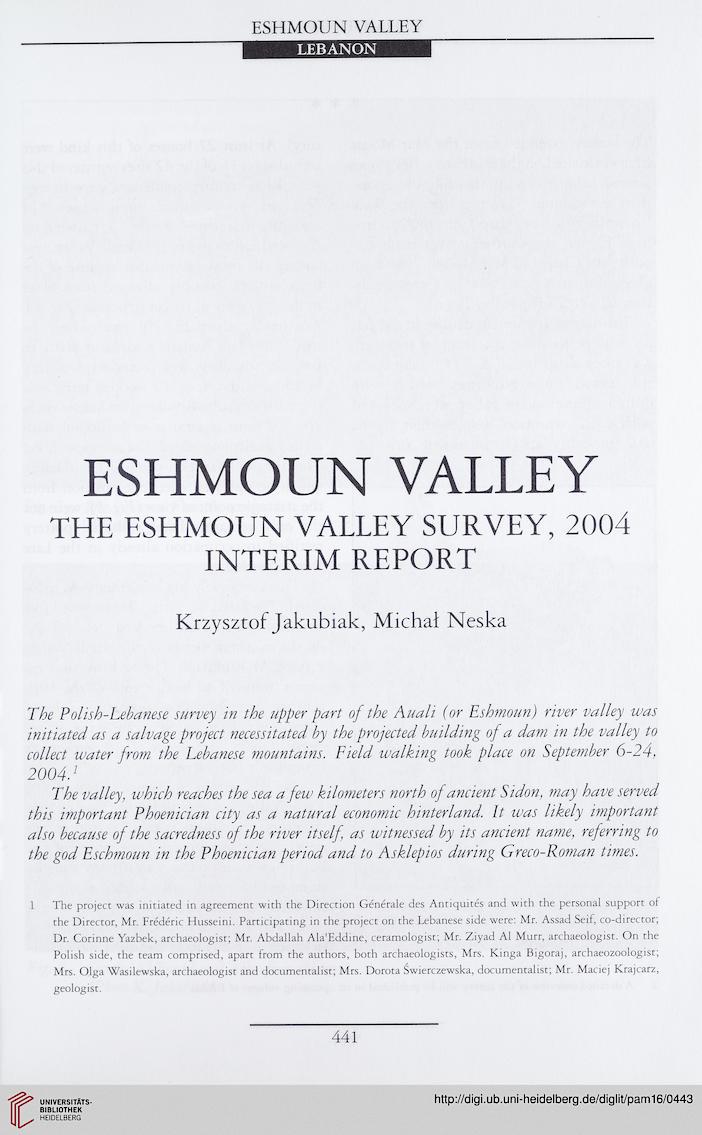 The Polish-Lebanese survey in the upper part of the Auali {or Eshmoun) river valley was
initiated as a salvage project necessitated by the projected building of a dam in the valley to
collect water from the Lebanese mountains. Field walking took place on September 6-24,
2004.1
The valley, which reaches the sea a few kilometers north of ancient Sidon, may have served
this important Phoenician city as a natural economic hinterland. It was likely important
also because of the sacredness of the river itself, as witnessed by its ancient name, referring to
the god Eschmoun in the Phoenician period and to Asklepios during Greco-Roman times.

1 The project was initiated in agreement with the Direction Generale des Antiquites and with the personal support of
the Director, Mr. Frederic Husseini. Participating in the project on the Lebanese side were: Mr. Assad Seif, co-director;
Dr. Corinne Yazbek, archaeologist; Mr. Abdallah Ala'Eddine, ceramologist; Mr. Ziyad A1 Murr, archaeologist. On the
Polish side, the team comprised, apart from the authors, both archaeologists, Mrs. Kinga Bigoraj, archaeozoologist;
Mrs. Olga Wasilewska, archaeologist and documentalist; Mrs. Dorota Swierczewska, documentalist; Mr. Maciej Krajcarz,
geologist.