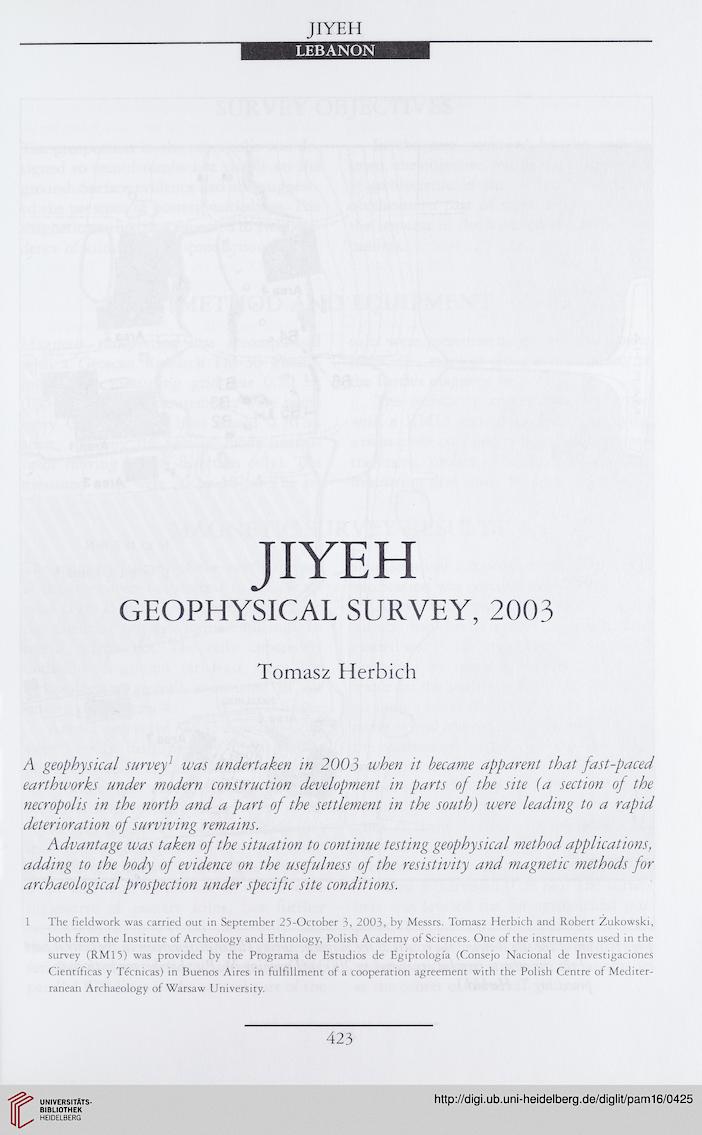 A geophysical survey1 was undertaken in 2003 when it became apparent that fast-paced
earthworks under modern construction development in parts of the site (a section of the
necropolis in the north and a part of the settlement in the south) were leading to a rapid
deterioration of surviving remains.
Advantage was taken of the situation to continue testing geophysical method applications,
adding to the body of evidence on the usefulness of the resistivity and magnetic tnethods for
archaeological prospection under specific site conditions.
1 The fieldwork was carried out in September 25-October 3, 2003, by Messrs. Tomasz Herbich and Robert Zukowski,
both from the Institute of Archeology and Ethnology, Polish Academy of Sciences. One of the instruments used in the
survey (RM15) was provided by the Programa de Estudios de Egiptologfa (Consejo Nacional de Investigaciones
Cientfficas y Tecmcas) in Buenos Aires in fulfillment of a cooperation agreement with the Polish Centre of Mediter-
ranean Archaeology of Warsaw University.