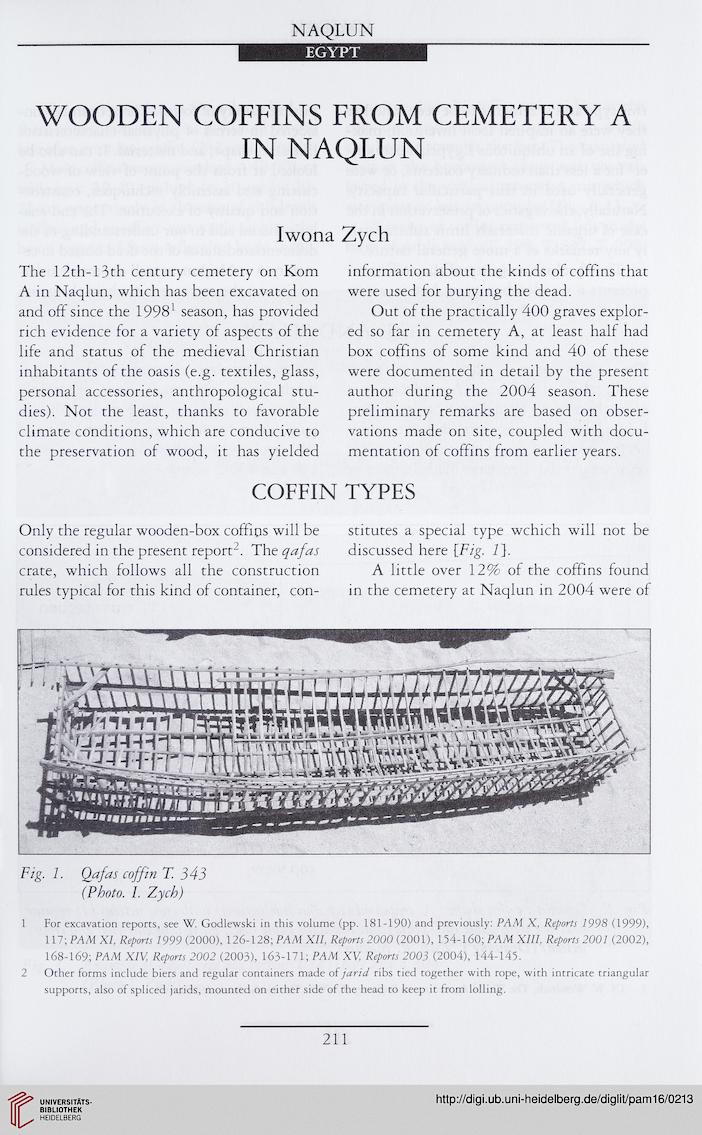 WOODEN COFFINS FROM CEMETERY A
IN NAQLUN

The 12th-13 th century cemetery on Kom
A in Naqlun, which has been excavated on
and off since the 19981 season, has provided
rich evidence for a variety of aspects of the
life and status of the medieval Christian
inhabitants of the oasis (e.g. textiles, glass,
personal accessories, anthropological stu-
dies). Not the least, thanks to favorable
climate conditions, which are conducive to
the preservation of wood, it has yielded

information about the kinds of coffins that
were used for burying the dead.
Out of the practically 400 graves explor-
ed so far in cemetery A, at least half had
box coffins of some kind and 40 of these
were documented in detail by the present
author during the 2004 season. These
preliminary remarks are based on obser-
vations made on site, coupled with docu-
mentation of coffins from earlier years.

Only the regular wooden-box coffins will be
considered in the present report2. The qafas
crate, which follows all the construction
rules typical for this kind of container, con-

stitutes a special type wchich will not be
discussed here [Fig. 1}.
A little over 12% of the coffins found
in the cemetery at Naqlun in 2004 were of