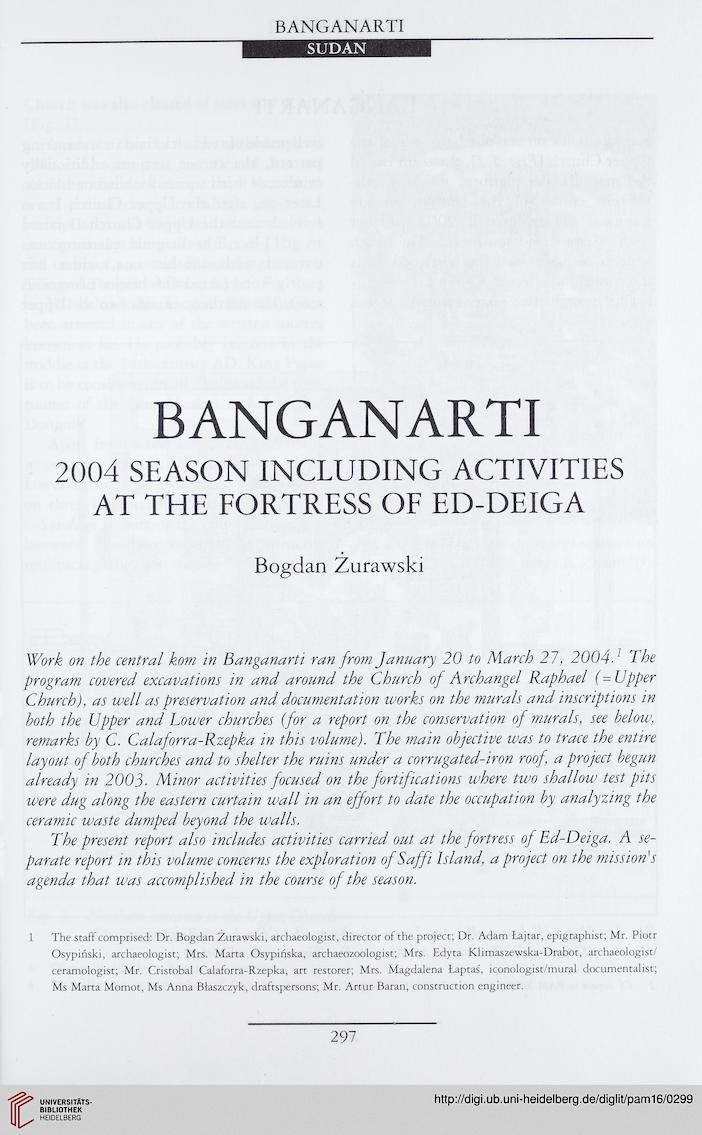 Work on the central kom in Banganarti ran from January 20 to March 27, 2004.1 The
program covered excavations in and around the Church of Archangel Raphael (=Upper
Church), as well as preservation and documentation works on the murals and inscriptions in
both the Upper and Lower churches (for a report on the conservation of murals, see below,
remarks by C. Calaforra-Rzepka in this volume). The main objective was to trace the entire
layout of both churches and to shelter the ruins under a corrugated-iron roof, a project begun
already in 2003. Minor activities focused on the fortifications where two shallow test pits
were dug along the eastern curtain wall in an effort to date the occupation by analyzing the
ceramic waste dumped beyond the walls.
The present report also includes activities carried out at the fortress of Ed-Deiga. A se-
parate report in this volume concerns the exploration ofSaffi Island, a project on the mission's
agenda that was accomplished in the course of the season.